There are two problems with BV: (1) all the misinformation that’s out there and (2) the stigma, which is a result of all that misinformation - Melissa Ramos 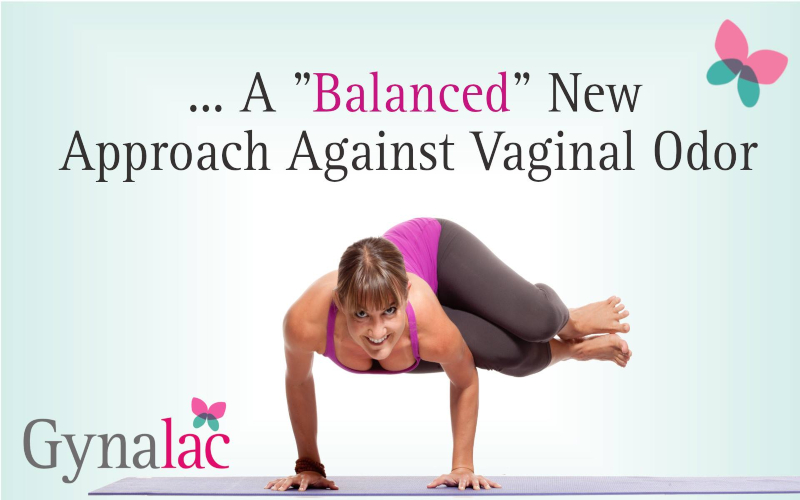 We need a cure for bacterial vaginosis, one of the great enigmas in women’s health

Few have heard of bacterial vaginosis (BV) although it’s a relatively common condition. It affects at least 12% of Australian women, 30% of American women and up to 50% in parts of Africa.

Symptoms include a watery, milky discharge and fishy odour coming from the vagina.

Women with BV are more likely to get sexually transmitted infections (STIs) – such as chlamydia, gonorrhoea and herpes – and to transmit or acquire HIV. They are more likely to develop pelvic inflammatory disease, a painful condition that can result in infertility.

The Superhero in the Vagina

Can researchers harness the power of protective bacteria to guard against a common infection?

The mainstay of conventional BV treatment is antibiotics, but as you’ll learn in this article, as my patient Sam did, treatment isn’t foolproof – there’s a high recurrence rate, and on top of this, conventional treatment carries medical risks. Conventional antibiotic treatment is not a long-term solution for BV. It’s a bandaid, albeit sometimes necessary in the short run, for what’s really going on: disruption in the vaginal microbiome, otherwise known as vaginal dysbiosis.

Women who suffer from a common vaginal infection that makes them more vulnerable to sexually transmitted infections may soon be treated with vaginal fluid transplants. Scientists in the US are currently researching the technique, which would involve taking vaginal bacteria from a healthy donor and transferring it to the patient, in treating bacterial vaginosis (BV).

The Most Common Vaginal Infection Is Not What You Think

Yeast infections get all the attention, but bacterial vaginosis is actually more common among women of reproductive age. Here are six things every person with a vagina should know.

The lack of understanding of what causes BV means treatments still have a long way to go to be effective in the long term. The FDA estimates the post-treatment “cure rate” is under 4 in 10, with between 3 and 8 people having recurrence within several months (16–18). Limiting risk factors after treatment can help—talk to your healthcare provider about options.

Health Check: what is normal vaginal discharge and what’s not?

Adult vaginas contain a range of active glands – mini-organs that make sweat or oils. They also contain lactobacilli – microorganisms that live in the healthy adult vagina and maintain an acidic pH (4 – 4.5) which protects the vagina from infection. Natural vaginal discharge is a rich cocktail of these components: transudate, mucus, sweat, oils, lactobacilli, menstrual flow and cells from the vaginal lining.

Although the causes of BV are not very well understood, it develops when the normal environment of the vagina changes, when there are less of the normal bacteria (lactobacilli), an overgrowth of other types of bacteria, and the vagina becomes more alkaline.

Bacterial vaginosis (BV) is the most common cause of vaginal discharge in women of reproductive age. Although the condition is often asymptomatic, those with BV have an increased risk for complications during pregnancy and the postpartum period and for sexually transmitted infections, including HIV.

Bacterial vaginosis (BV) is a common cause of malodorous vaginal discharge in women of reproductive age.1 Women’s awareness of BV is low and often they self-medicate with antifungals before presenting very late when symptoms have become intolerable.

If you’re someone with a vagina, then you’re already very aware of all the products we’re constantly told that we need to keep ourselves fresh and healthy down there, and probiotics are on the list. But do we really need them, and if so, when? Could they do more harm than good? Are they a waste of money or a valuable way to prevent yeast infections? As it turns out, it’s not that straightforward.

Bacterial Vaginosis: What It Is, How to Recognize It and How to Overcome it and Avoid it for Good

According to the CDC, bacterial vaginosis is the most common vaginal infection in women of childbearing age. This may surprise you because many women believe that candidiasis, also known as a yeast infection (or vaginal thrush in some regions of the world), tops the list. This is not to say that candida, trichomoniasis, chlamydia and gonorrhea are not a growing concern... but bacterial vaginosis is the most common.

Faced with increasingly drug-resistant bacteria, scientists and farmers are now looking to plant extracts to keep people and animals healthy.

How Your Vagina Is Supposed to Smell

This is not to say that all vaginal odors are normal. If you actually smell like fish, it is a sign of bacterial vaginosis, and you should go set a watchman down there. If your vagina smells rotten, there may be a tampon or tampon bits lodged deep within. See a doctor; they've dealt with it before.

Prevalence of Bacterial Vaginosis and Its Association with Risk Factors among Nonpregnant Women: A Hospital Based Study

Many cases of BV remain asymptomatic or present with only malodorous vaginal discharge with no inflammatory complaints; thus BV is therefore referred to as “vaginosis” and not “vaginitis”.

TMI about the vagina?

"But not EVERY woman can have this problem," I protested, "most of them don't even have symptoms! Could you be over-reading the specimens?"

What is bacterial vaginosis?

What To Do When You've Got BV

There are two problems with BV: (1) all the misinformation that’s out there and (2) the stigma, which is a result of all that misinformation. So I thought it might be a good idea to bust some myths, give you the truth, and provide you with a natural alternative to make your vagina happy once and for all.

Why Your Thong May Be Bad For Your Health

It really depends on your propensity for infections, Dr. Rabin says. "If somebody's healthy, there aren't really any dangers," she tells us. "The issue is if you have a predisposition to getting infections, either urinary or vaginal, it may be harder to get rid of it if you're wearing a thong."

We need a cure for bacterial vaginosis, one of the great enigmas in women’s health

There are few conditions where doctors know that more than 50% of patients will be back with symptoms within six months. This characteristic of BV highlights the importance of finding the cause of high reinfection rates.

Are you suffering from occasional or chronic vaginal infections that are interfering with your ability to live a full, normal and active life? Are you frustrated by the lack of information and support available for these types of conditions? If so, you are certainly not alone.

I hope you find this blog useful in your fight against BV or Bacterial Vagenosis. I have just discovered that I have been batteling this for a few years now after being misdiagnosed by doctors. After searching the internet and talking to doctors I have decided to help others with what I guess is an unspoken diseas of sorts. I want to try to help all those who suffer from it with any information I have found free of charge.

BV is a polymicrobial clinical syndrome resulting from replacement of the normal hydrogen peroxide producing Lactobacillus sp. in the vagina with high concentrations of anaerobic bacteria (e.g., Prevotella sp. and Mobiluncus sp.), G. vaginalis, Ureaplasma, Mycoplasma, and numerous fastidious or uncultivated anaerobes. Some women experience transient vaginal microbial changes, whereas others experience them for longer intervals of time. Among women presenting for care, BV is the most prevalent cause of vaginal discharge or malodor.

Bacterial vaginosis is a vaginal condition that can produce vaginal discharge and results from an overgrowth of certain kinds of bacteria in the vagina. In the past, the condition was called Gardnerella vaginitis, after the bacteria that were thought to cause the condition. However, the newer name, bacterial vaginosis, reflects the fact that there are a number of species of bacteria that naturally live in the vaginal area and may grow to excess.

Bacterial vaginosis (BV) is a common yet poorly understood condition in which the balance of bacteria inside the vagina becomes disrupted. BV does not usually cause any vaginal soreness or itching, but it often causes unusual vaginal discharge. If you have the condition, your discharge may: •develop a strong fishy smell, particularly after sexual intercourse •become a white or grey colour •become thin and watery

BV is a common condition of the vagina caused by an overgrowth of various germs (bacteria). It is not just one simple infection caused by one type of germ (bacterium). The vagina normally has a mix of bacteria, but in BV the balance changes. It is not clear why this happens. As a result, certain bacteria multiply and thrive much more than usual. Some bacteria become much more prominent than they normally are.