Together, we can eliminate female genital mutilation by 2030. Doing so will have a positive ripple effect on the health, education and economic advancement of girls and women - António Guterres, UN Secretary General 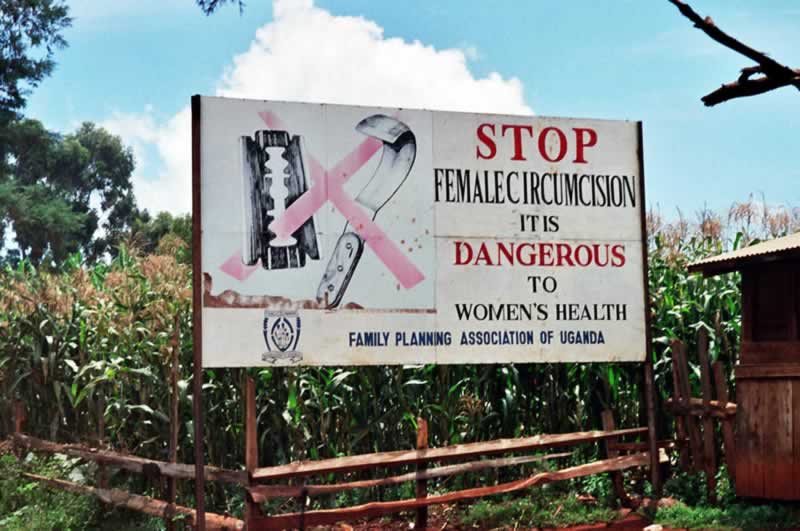 Female genital mutilation (FGM) comprises all procedures that involve altering or injuring the female genitalia for non-medical reasons and is recognized internationally as a violation of the human rights, the health and the integrity of girls and women.

Girls who undergo female genital mutilation face short-term complications such as severe pain, shock, excessive bleeding, infections, and difficulty in passing urine, as well as long-term consequences for their sexual and reproductive health and mental health.

Although primarily concentrated in 30 countries in Africa and the Middle East, female genital mutilation is a universal problem and is also practiced in some countries…

She Ran From the Cut, and Helped Thousands of Other Girls Escape, Too

Ms. Leng’ete never forgot what her sister suffered, and as she grew up, she was determined to protect other Maasai girls. She started a program that goes village to village, collaborating with elders and girls to create a new rite of passage — without the cutting.

At least 200 million girls and women alive today have already endured FGM. The cruel practice reflects and reinforces gender inequality by preying on the least powerful members of society: girls between infancy and age 15.

We Know Female Genital Mutilation Has Been Happening in the US. How Do We Stop It?

The first federal female genital mutilation case in the U.S. has reignited a longstanding debate over what constitutes the practice and how best to handle it.

Why it’s so difficult to end female genital mutilation

As the world marks the day of zero tolerance for female genital mutilation, it’s important to reflect on the progress made and the challenges that remain. Shifts in prevalence and changes in the social norms underpinning the practice are slowly becoming evident. But the target of eliminating it is still a long way off. Why is that?

Female genital cutting — commonly identified among international human rights groups as female genital mutilation — has been outlawed in 15 African countries. Many industrialized countries also have similar laws. Both France and the U.S. have prosecuted immigrant residents for performing female circumcisions.

End Female Genital Mutilation in the US - Commission a prevalence report on women impacted and girls at risk.

Politicization of the topic is masking a bigger problem: Many women in the U.S. need medical care regarding it, and we’re ill-equipped to help them.

FGM Is Abuse, ‘Culturally Sensitive’ or Not

Dershowitz: “I am categorically opposed to female genital mutilation.”

UNICEF seeks to prevent and respond to violence, exploitation and abuse of children everywhere.

On the International Day for Zero Tolerance for Female Genital Mutilation, VICE News reports on a little-known surgery that restores sexual function to the clitoris for women who had their genitals mutilated as children. We meet and follow a 32-year-old prospective patient who was mutilated at the age of six in Somalia, and who now lives and works as a nurse in the United States.

The Complexity of Female Circumcision: Your Thoughts

Many readers were jarred by an Atlantic interview with an anthropologist who tackled a controversial question: What if some women choose to get cut—and even celebrate it?

Estimates released today show more than half a million girls living in America have been cut or are at risk of being cut—more than triple the figure from the first nationwide count.

What is female genital mutilation, and why is it such a big problem?

International humanitarian agencies and aid organizations — from the UN to Médecins Sans Frontières — regularly speak out against the procedure.

Working towards an end to FGM

Stopping female genital mutilations, and providing high-quality care to survivors, are not easy goals but momentum is gaining to achieve them.

Female genital mutilation (FGM) comprises all procedures that involve altering or injuring the female genitalia for non-medical reasons and is recognized internationally as a violation of the human rights, the health and the integrity of girls and women.

4 Women With Lives Scarred by Genital Cutting: Could a Surgeon Heal Them?

More than 200 million women and girls alive today have undergone genital cutting in 30 countries in Africa, the Middle East and Asia, ranging from nicks to extreme damage. Yet despite the extraordinary need for appropriate medical care, there has been little rigorous research on how surgeons can relieve enduring physical harm or improve sexual sensation.

The Desert Flower Foundation is an international organization against Female Genital Mutilation.It was founded in 2002 by former top model Waris Dirie.

Our Vision...A world where women and girls are empowered and free from all forms of gender-based violence, in particular female genital mutilation, where their voices are heard, where they can enjoy their rights and make informed choices about their lives.

Female genital mutilation (FGM) comprises all procedures that involve altering or injuring the female genitalia for non-medical reasons - , and is recognized internationally as a violation of the human rights of girls and women.

Orchid Project has a vision of a world free from female genital cutting. Find out here who supports us and how you can get involved.

Safe Hands for Girls is a non profit organization focused on protecting girls and women from the practice of female genital mutilation and offering support services for the victims.

The campaign, “STOP FGM NOW!” unites associations, companies and private persons in an effort to put an end to this barbarian crime.

The AHA Foundation is the leading organization working to end honor violence that shames, hurts or kills thousands of women and girls in the U.S. each year and puts millions more at risk.

Grassroots organizations in FGM practicing countries are working hard within their communities to eradicate this practice. Equality Now supports the work of grassroots groups to end FGM and in particular focuses on the enactment and effective implementation of legislation against FGM in relevant countries.

EIGE’s research − the first EU-wide study on FGM − shows that to effectively combat FGM, the EU needs a comprehensive strategy, based on a gender-sensitive and human-rights approach, which empowers girls and women to be in control of their lives and which balances the state measures of protection, prevention and prosecution.

Female genital mutilation (FGM), sometimes called female genital cutting (FGC) or female circumcision, is the cutting or removal of all or a portion of the female genitals for cultural (not medical) reasons.

FORWARD works in the UK, Europe and Africa to safeguard girls at risk of FGM and support women affected. We do this through direct community engagement, advocacy and strategic partnerships.

The international community is identifying FGM more and more as a harmful traditional practice, and a violation of the fundamental human rights of girls and women. Global efforts to bring an end to the custom of female genital cutting are increasing, with many nations putting in place legislation against the practice, and a number of international organisations making the elimination of FGM a priority.

Keeping you abreast on the latest FGM issues.

UNFPA, jointly with UNICEF, leads the largest global programme to accelerate the abandonment of FGM. The programme currently focuses on 17 African countries and also supports regional and global initiatives. - See more at: http://www.unfpa.org/female-genital-mutilation#sthash.qYwRuOaD.dpuf

FGC can cause a range of health problems, both short-term and long-term. The kinds of problems that develop depend upon the degree of the cutting, the cleanliness of the tools used to do the cutting, and the health of the girl or woman receiving the cutting.

If you are worried about someone who is at risk of FGM or has had FGM, you must share this information with social care or the police. It is then their responsibility to investigate and protect any girls or women involved.