Where in health am I? : Home / Health Cloud / Challenges / Allergies / Seasonal Allergies 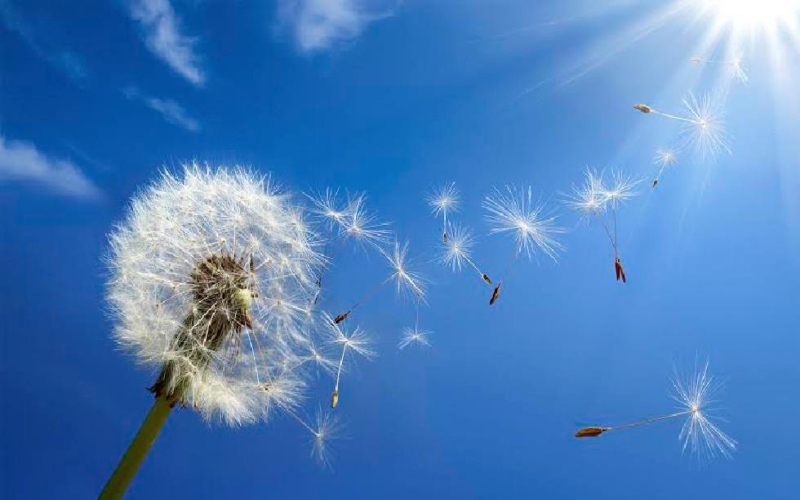 This spring, for the first time in my 28 years on this Earth, I've suddenly developed seasonal allergies. Let me tell you, it goes far beyond the sniffles. Each person experiences allergies differently, but for me it's a truly unpleasant blend of congestion, itchy throat, and a post-nasal drip (which is just as disgusting as it sounds).

Why have I suddenly been plagued with this suffering after nearly three decades of blissful, allergy-free existence? The answer is in part due to a familiar foe, climate change, and the fact that even a hearty microbiome can't fully shield you from perennial hell.

We've known for awhile that climate change is making allergy season more severe for sufferers, but it may also have a secondary effect: converting ignorant non-sufferers like me into hacking, wheezing, phlegm-buckets like the rest of you.

"Pollen seasons are getting longer and heavier as the Earth warms up," explained Dr. Mitchell Grayson, an allergist at Nationwide Children's Hospital and researcher at Ohio State University. "We also know that allergic diseases have increased. We can't directly link climate change as the cause. We know both of these things are happening and they're happening on the same time scale."

Climate change can impact seasonal allergies in a number of ways. For one, warmer temperatures mean trees and grass that produce the irritating allergenic pollen have longer seasons when they're pollinating. Studies have also shown that as the level of carbon dioxide in the air increases, the amount and potency of pollen that these plants release also increases.

Cities, like the one where I live, are also more likely to be choked with CO2, so even though there are fewer plants, the ones that are here are pumping out pollen by the pound.

Longer seasons with more potent pollen helps explain why so many lifelong sufferers might feel their symptoms getting worse, but it could also explain why some of us are experiencing symptoms for the first time. Grayson explained that people who are sensitized to a particular allergen don't always show symptoms until they're reached a certain threshold of exposure.

"If you think of a bucket, and every time you're exposed to an allergen you dump some water in the bucket," Grayson said. "But you have no symptoms until the bucket overflows. You could have been sensitized as a child, but the bucket never overflowed until now."

Grayson couldn't say for certain that climate change is making more people suffer from allergy symptoms, partly because we don't fully understand why some adults suddenly develop allergies at all. There is a genetic predisposition to allergies, but exactly what tips you over the edge or not is unclear.

There's also good evidence that your microbiome—the unique colony of bacteria that lives in and on your body—plays a role, but it's not an exact determinant. Kids born and raised on a farm, delivered through a natural birth, who were breastfed, and did not need antibiotics in the first year of life are less likely to experience allergies in childhood, according to Marie-Claire Arrieta, a microbiome researcher at the University of Calgary, and co-author of Let Them Eat Dirt: Saving Your Child from an Oversanitized World.

But all of those were true for me, so why am I hacking up stuff now?

"With allergies, we're talking about odds," Arrieta said. "Some factor might increase your odds of developing a disease, but that doesn't mean we need that factor to be there in order for someone to get that disease."

It could mean almost anybody is at risk, especially as climate changes causes pollen seasons to continue getting longer and more intense. So if you're feeling smug about the fact that you've been spared, take it from a recent convert: it sucks, and you may soon be eating humble pie—if you can breath through your clogged up nose long enough to take a bite.

Can you get the coronavirus vaccine if you have seasonal allergies?

Those with seasonal allergies can still receive the COVID-19 vaccine, according to the Centers for Disease Control.

How to tell seasonal allergies from COVID-19 symptoms

Pollen or pandemic? Here’s what to ask yourself.

Among the many disasters climate change is wreaking around the world, scientists have now identified a more personal one: It’s making allergy season worse.

As climate change warms the planet, pollen season is not only getting more intense, it’s getting longer. What’s more, pollen is becoming more potent for allergic people. This is a problem — whether you suffer from seasonal allergies or not.

How to Minimize Allergies in Your Home

What to do if you’re suffering? Immunotherapy — getting shots that can help desensitize your immune system to an allergen — can help over time, but if you’re not ready for needle treatment, you can take a few other steps to minimize allergens’ effects inside the house.

Pollen is getting worse, but you can make things better with these tips from an allergist

Though recognized by ancient civilizations, seasonal allergic rhinitis and allergic asthma have only increased in prevalence in recent history and are on the rise, now affecting 10 to 30 percent of the world’s population.

The miserable history of seasonal allergies, from ancient China and Greece to today

Every spring, trees and grasses release billions of buoyant pollen granules into the air, using the wind to disburse across the countryside in an effort to reproduce. It’s all about survival; plants that release more pollen have the survival advantage.

There might be a hidden link between seasonal sniffles and mood disorders.

Allergies rarely develop as brand new cases as adults. That's not to say it never happens, though. However, many adults experience symptoms afresh and wonder how and why.

Do Seasonal Allergies Make You More Likely to Get Sick?

An allergist explains how those with allergies can take steps to avoid summer colds.

And other answers to the allergy questions you’re too afraid to ask.

How seasonal allergies work — and why they make you so miserable

Seasonal allergies are the immune system's response to the millions of pollen grains — plant sperm cells — floating through the air every spring. By incorrectly interpreting pollen as a health threat, your body triggers an inflammatory response, leading to annoying symptoms like itchy eyes or a runny nose. This is known as allergic rhinitis, or "hay fever."

How to Be Mindful When You Have Seasonal Allergies

“Mild allergic reactions can be frustrating, disruptive and distracting. Mindfulness practices offer a safe and effective way for people experiencing allergies to become present in the moment, and more accepting of their reality.” – Rachael Kable, an Australian mindfulness mentor and host of The Mindful Kind podcast.

To assess the level of discomfort people may experience when trees and other plants release the fine powder, 71 certified pollen counters located throughout the U.S. monitor the concentration of the irritants in the air.

Every year, without fail, summer brings changes to our surroundings: more sunlight, heat, greenness and flowers, among many others. For some people, these changes also mean increasing physical discomfort because along with the flowers, trees and grass comes pollen.

It's Not Just You: We ALL Have Seasonal Allergies Now

Climate change and our microbiome are part of the reason we're all miserable suddenly.

4 clear signs you have seasonal allergies

Here are a few of our favorite options for minimizing your allergens.

Seasonal allergies, like other types of allergies, develop when the body’s immune system overreacts to something in the environment, usually during spring, summer or fall when certain plants pollinate.

Itchy eyes, a congested nose, sneezing, wheezing and hives: these are symptoms of an allergic reaction caused when plants release pollen into the air, usually in the spring or fall. Many people use hay fever as a colloquial term for these seasonal allergies and the inflammation of the nose and airways. But hay fever is a misnomer, said Dr. Jordan Josephson, an ear, nose and throat doctor and sinus specialist at Lenox Hill Hospital in New York City. "It is not an allergy to hay," Josephson, author of the book "Sinus Relief Now" (Perigee Trade, 2006), told Live Science. "Rather, it is an allergy to weeds that pollinate."