Where in health am I? : Home / Health Cloud / Challenges / Blood / Hemorrhage

Bleeding isn't optional for most of us ― Eileen Wilks, On the Prowl 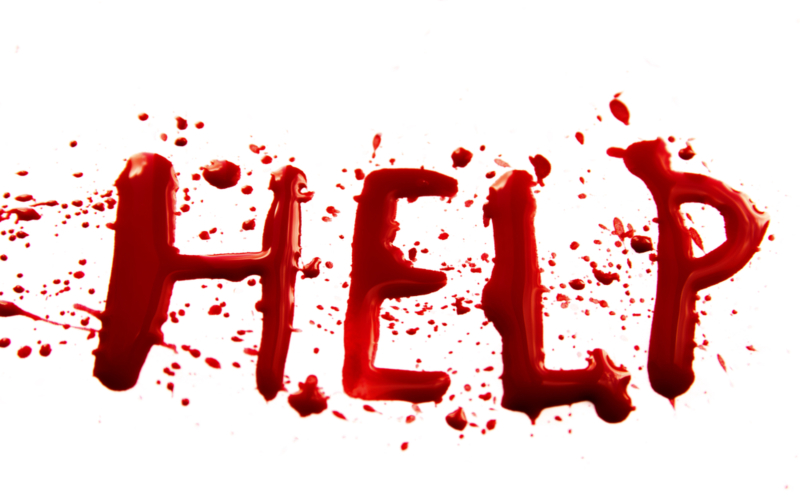 How to Stop Bleeding and Save a Life

In the commotion immediately after the Las Vegas shooting that killed nearly 60 people on Sunday, medical workers outnumbered by victims pressed bystanders into service to help with emergency first aid.

Just as bystander CPR has become standard, public health agencies are working to increase awareness of bystander first aid. Because trauma victims often die of blood loss, rather than the injury itself, stopping the bleeding is the top priority.

Before help arrives, a bystander on the scene of a shooting or other trauma like a car crash or construction accident may be able to save someone’s life by applying direct pressure to a wound.

Inspired by War Zones, Balloon Device May Save Civilians From Fatal Blood Loss

“It’s a lifesaving instrument, but it needs to be handled with respect because turning off the blood supply to half the body is dangerous,” Dr. Teperman said, adding, “I lie awake at night worrying that maybe someone will use it improperly.”

The maternal mortality rate in the state is a third of the American average. Here's why.

What’s a massive transfusion protocol? I once joked to someone that it’s like an endless bento box lunch, except that we’re talking about something much less appetizing (and much more important): blood products. MTP essentially has two parts...

For A New Device To Treat Maternal Bleeding, A Young Entrepreneur's Big Step Was Passing The Torch

The Alydia device uses a silicone loop (it has a texture like a baby pacifier) and a wall vacuum to use suction to close the uterus. "It puts the uterus in a position that when it is ready to contract on its own," says Morrissey. Becker and her cofounder, Nathan Bair, moonlighted until 2013, when the company was taken in by the Fogarty Institute, the incubator run by surgeon and medical inventor Thomas J. Fogarty.

How I Treat Patients Who Refuse Blood Transfusions

Why can’t Jehovah’s Witnesses have a Shabbes goy make medical decisions for them?

How I treat patients with massive hemorrhage

Classically, massive transfusion has been defined as receiving >10 red blood cell (RBC) units in 24 hours, although recently, a change toward applying the rate of transfusion in a shorter time frame such as 2 or 6 hours has been broadly accepted.

New device would use electricity to plug gushing wounds

For centuries, if a doctor wanted to stop a bleeding wound, he would use the tourniquet method: Tightly wrap a piece of cloth around the area, which would essentially cut off blood flow to and from the wound. That ancient practice is still the go-to method today, and works well for most bleeding areas that are outside the body. But internal bleeding is much trickier to stop, and it can be just as life-threatening.

Smith was so impressed, he's incorporated the kit into his program's Mine Safety and Health Administration training courses, and advocates for its adoption throughout the mining industry. "Something like this, especially for remote locations, could be as valuable as fire extinguishers of sprinkler systems, when it comes to increasing your probability of survival," he says. "It's a big deal. I would not be surprised if you saw something like this become standard at job sites in the future."

Why Was This Teenager Bleeding So Excessively?

For most patients, a single diagnosis is all that is needed to answer the question “What’s wrong with me?” Not so in this case. These abnormal pulmonary vessels indicate a diagnosis that, in turn, often signals the presence of yet another rarity — an inherited disease known as hereditary hemorrhagic telangiectasia, or H.H.T. This disorder, usually passed from parent to child, causes abnormal blood vessels to form, most frequently in the stomach, lungs, nose, liver or brain.

How to Stop Bleeding and Save a Life

Just as bystander CPR has become standard, public health agencies are working to increase awareness of bystander first aid. Because trauma victims often die of blood loss, rather than the injury itself, stopping the bleeding is the top priority. Before help arrives, a bystander on the scene of a shooting or other trauma like a car crash or construction accident may be able to save someone’s life by applying direct pressure to a wound.

Stop the Bleed is a national awareness campaign and call-to-action. Stop the Bleed is intended to cultivate grassroots efforts that encourage bystanders to become trained, equipped, and empowered to help in a bleeding emergency before professional help arrives.

The suit cut maternal mortality rates by over 50%.

Proven on the battlefields of Iraq and Afghanistan, QuikClot® products put life-saving technology into the hands of US soldiers to treat hemorrhaging wounds. Originally engineered for military use, QuikClot® devices are impregnated with kaolin, an ingredient that stops bleeding fast when applied with pressure.

Resuscitative Endovascular Balloon Occlusion of the Aorta or (REBOA) is a minimally invasive technique using a balloon catheter to temporarily occlude large vessels in support of hemorrhage control.

TXA has recently garnered international attention for its role in reducing mortality from trauma-related hemorrhage... In addition, TXA shows promise for use in other bleeding conditions commonly seen in the ED, such as epistaxis and bleeding after dental extractions - Karen Serrano MD and Christina Shenvi MD PhD