Where in health am I? : Home / Health Cloud / Challenges / Infections / Bacteria / Shigella 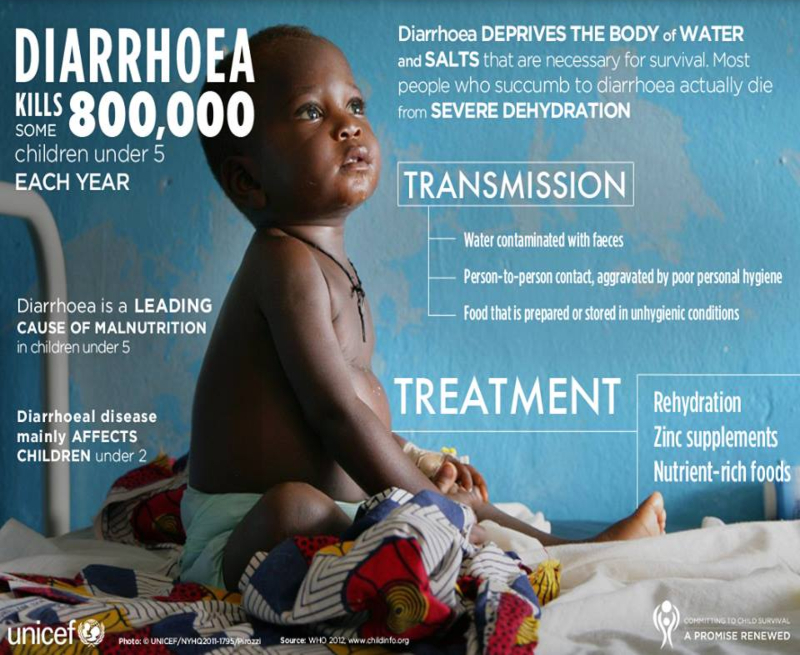 Diarrheal diseases are the second leading cause of death, after lower respiratory tract infections, for children under age 5. Of these deaths, a full 75 percent are from shigellosis. Yet Shigella, the Gram-negative bacterium transmitted via contaminated food or water, does not seem to get the attention it’s due for the worldwide devastation it causes.

According to the World Health Organization, Shigellosis is responsible for 90 million illnesses and 108,000 deaths annually. And while viewed as a Third World disease, WHO says there are half a million cases each year involving military personnel and travelers from industrialized countries. The United States sees about 14,000 shigellosis…

The clinical manifestations of dysentery have been described for centuries, and the prototypic bacterial agent, Shigella dysenteriae, was identified 100 years ago. In the English language there has been remarkably little written about Dr. Kiyoshi Shiga, discoverer of the dysentery bacillus.

Shigella Diversity and Changing Landscape: Insights for the Twenty-First Century

Shigella are Gram-negative pathogenic enterobacteria and the etiological agent of bacillary dysentery or shigellosis. In humans, Shigella specifically invade and colonize the colonic mucosa leading to its disruption. Shigellosis is associated with fever and abdominal cramps; its diagnosis relies on the presence of erythrocytes, polymorphonuclear neutrophils (PMNs), and mucus in patient stools, which stand as diagnostic elements.

Shigella: What to Know About America's New Drug-Resistant Bug

News that a stomach bug is becoming resistant to antibiotics is alarming, but before you start fearing the so-called new bug, there are a few things you should know.

The newest drug-resistant bacteria on the scene is a multidrug-resistant form of Shigella, which causes an ugly form of food poisoning.

What to Know About Shigella

Diarrheal diseases are the second leading cause of death, after lower respiratory tract infections, for children under age 5. Of these deaths, a full 75 percent are from shigellosis.

A site that provides information about Shigella, the symptoms and risks of infection, testing and detection of Shigellosis, and how to prevent the spread of the Shigella bacterium.

Shigellosis is an infectious disease caused by a group of bacteria called Shigella. Most who are infected with Shigella develop diarrhea, fever, and stomach cramps starting a day or two after they are exposed to the bacteria. Shigellosis usually resolves in 5 to 7 days. Some people who are infected may have no symptoms at all, but may still pass the Shigella bacteria to others. The spread of Shigella can be stopped by frequent and careful handwashing with soap and taking other hygiene measures.

Mild Shigella infection usually resolves on its own without antibiotics, however, antibiotics can shorten the illness and kill the Shigella bacteria. Antibiotics commonly used are ampicillin, trimethoprim/sulfamethoxazole (Bactrim, Septra), ceftriaxone (Rocephin), or ciprofloxacin. Antidiarrheal agents can make the illness worse and should be avoided.

About 1 in 10 children with severe Shigella enteritis develop neurological problems, including febrile seizures (also called a "fever fit") when body temperature rises quickly and the child has seizures, or a brain disease (encephalopathy) with headache, lethargy, confusion, and stiff neck.

In the UK, most people with dysentery only experience mild symptoms. It's not always necessary to see a GP, as it tends to clear up within a week or so.

The disease tends to last from one day to one month with an average of one week. The person can be a carrier for the infection for up to four weeks but usually less. Mortality is rare but can occur in malnourished children and the elderly.