Pay close attention, because the signs don't start where you'd think they would. You might just think you're coming down with a stomach bug - Gina M Florio 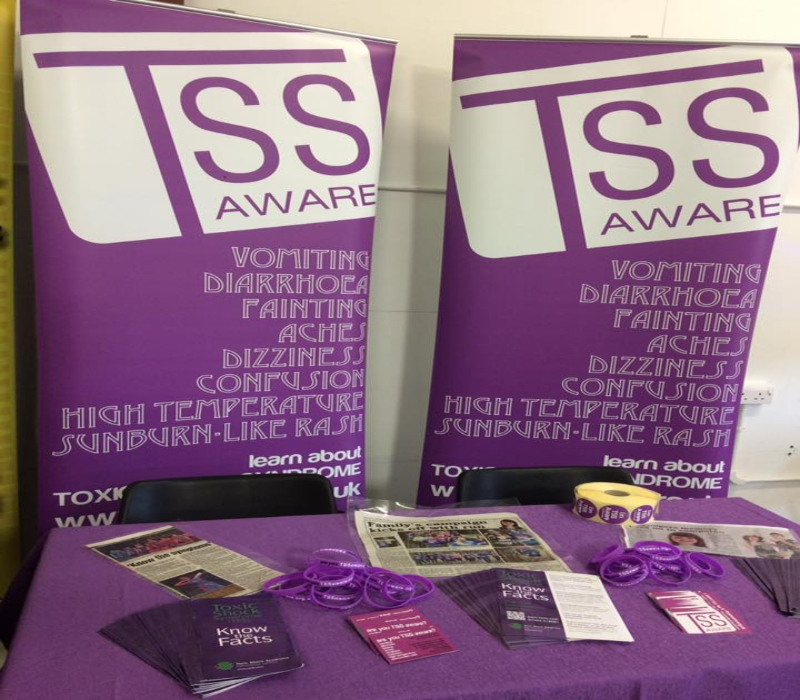 Everything you know about toxic shock syndrome is probably wrong

For a while there in the ‘90s it felt like every teen-girl magazine was required to publish at least one (terrifying) it-happened-to-me toxic shock syndrome story per year. “I left a tampon in for eight hours and almost died.” “My friend looked at a tampon once and died from TSS.” Maybe these tales were leftovers from the TSS epidemic in the late 1970s, or maybe editors tracked down new cases from actual teens. I can only assume that the intent was to make young girls aware of the dangers of toxic shock syndrome. Mission accomplished.

Now, TSS is back in the news because a model—who lost her leg to the disease in 2012—is on an awareness campaign to teach young girls about the dangers…

A new study challenges the idea that cotton tampons and menstrual cups are less risky than traditional tampons when it comes to TSS.

Toxic shock syndrome is rare. Be vigilant but not alarmed

The disease was first detected in children in 1978, but gained notoriety in the 1980s and 90s when it was found to be associated with tampon use in menstruating women, especially young women. But it should be stressed that anyone with a Staph or Strep infection can potentially develop TSS, including children, older women and men. It can for instance result from cuts or burns on the skin, recent surgery, viral infections or recreational intravenous drug use. Very rarely, it has been associated with use of the contraceptive diaphragm during menstruation and the menstrual cup.

The benefit of using a smaller tampon is that you will naturally have to change it more frequently, whereas you might falsely assume you can leave a larger tampon in for longer periods of time, which may then up your chances that bacteria will grow on the tampon and enter your bloodstream, explains Dr. Bohn.

How Much Should I Worry About Toxic Shock Syndrome Symptoms If I Use Tampons?

It’s incredibly rare, affecting less than one out of every 100,000 people in the U.S. And if you use your tampons properly, your risk of developing TSS is no higher than that of a man who’s never had a period or used a tampon to staunch anything other than a bad nosebleed.

TSS can kill but it doesn't just affect people who menstruate - as these people found out. Today, non-menstrual related TSS is actually more common in the UK than menstrual-related, which means it can also affect men and even children.

Everyone Calm Down About Chemicals In Tampons

Statements about toxic chemicals from companies like Seventh Generation and Honest are marketing tactics disguised as activism and consumer advocacy.

Is Toxic Shock Syndrome on the Rise Among Young Women?

Barring updated research, it's difficult to pinpoint exactly how common TSS is today, but the recently reported cases show that it's certainly not obsolete.

So it pays to start from the beginning, ensuring we have all the information we need to prevent Lauren Wasser's tragedy from happening to another innocent woman. Here are the facts you need to know about TSS.

Teen Dies from Toxic Shock Syndrome. Why Is It Linked to Tampons?

It's important to note that tampons aren't the only cause of TSS and that the condition doesn't affect only women using tampons; men, children and postmenopausal women can develop the syndrome as well. Other risk factors for TSS include skin infections, surgical wounds, burns, childbirth and the use of packings to stop nosebleeds, according to the National Institutes of Health (NIH). Today, about half of TSS cases are in menstruating women.

Maxim Hygiene is pleased to announce our first call to action amongst women everywhere to learn about and help with You ARE Loved, a developing non-profit committed to educating women about Toxic Shock Syndrome (TSS). You ARE Loved was started by this month’s Fierce Woman, Lisa Elifritz, after her daughter, Amy, passed away from TSS at 20 years old.

Toxic Shock Syndrome Doesn’t Result From Just Tampon Use. Here’s What You Should Know.

Toxic shock syndrome develops as a rare complication of a bacterial infection, either from toxins created by the Staphylococcus aureus (staph) or group A streptococcus (strep) bacteria. Men, women, and children who have had recent surgery or a recent deep wound or skin infection should be cognizant of the symptoms.

Toxic Shock Syndrome – What Every Woman Should Know

In spite of the fact that TSS warnings are on every tampon box and a TSS pamphlet within, teens and young women are developing tampon related Toxic Shock Syndrome and many are dying from it. If you use traditional tampons, or know someone who does, please continue reading. What follows may well save your life, or the life of someone you know and love.

It’s true that TSS, a complication of bacterial infections, has been associated with tampon use, but it doesn’t only happen in women and you don’t need to stop using tampons...

Toxic Shock Syndrome; What You Need to Know

Most of us have heard of Toxic Shock Syndrome at one point or another. It’s a big, scary name for a mysterious illness that many of us don’t fully understand.

Everything you know about toxic shock syndrome is probably wrong

First off, it’s not just a tampon thing.

Don’t Shock Me is a non-profit (501C3) foundation dedicated to heightening awareness of toxic shock syndrome (TSS). It was created in honor of 19-year-old Maddy Massabni, who lost her life to TSS on March 30, 2017.

Toxic Shock Syndrome is very rare but it happens. Natasha Scott-Falber died 14th Feb 2013 after her first use of tampons. TSS Aware aims to spread awareness.

Also known in its acronym form as TSS, is an illness that could be potentially harmful. Simply put, there is an evil bacteria called Staphylococcus Aureus that just happens to live off of our unsuspecting body parts like the vagina, groin, armpit and nose skin.It’s critical that every consumer is aware of what can happen when you don’t use feminine care products responsibly.

The earliest cases of toxic shock syndrome involved women who used tampons during their menstrual periods. However, today less than one half of cases are linked to tampon use. Toxic shock syndrome can also occur with skin infections, burns, and after surgery. The condition can also affect children, postmenopausal women, and men.

Toxic shock syndrome (TSS) is a rare but life-threatening condition caused by bacteria getting into the body and releasing harmful toxins. It's often associated with tampon use in young women, but it can affect anyone of any age – including men and children.

Toxic Shock Syndrome is a rare multisystem disease with many widespread symptoms. It is caused by a toxin that is produced and secreted by the bacterium Staphylococcus aureus. The symptoms of Toxic Shock Syndrome may include a sudden high fever, nausea, vomiting, diarrhea, abnormally low blood pressure (hypotension), and a characteristic skin rash that resemble a bad sunburn.