Where in health am I? : Home / Health Cloud / Challenges / Infections / Eye

One pain is lessened by another’s anguish. ... Take thou some new infection to thy eye, And the rank poison of the old will die ― William Shakespeare, Romeo and Juliet 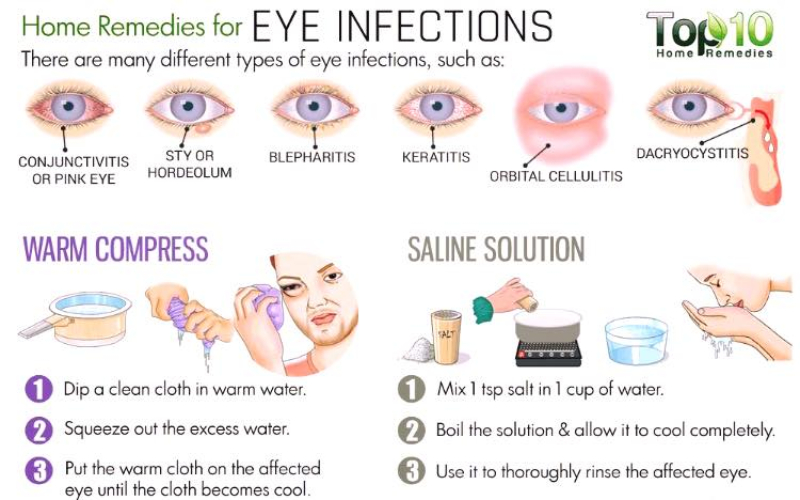 You may be familiar with the idea that your gut and skin are home to a collection of microbes – fungi, bacteria and viruses – that are vital for keeping you healthy. But did you know that your eyes also host a unique menagerie of microbes? Together, they’re called the eye microbiome. When these microbes are out of balance – too many or too few of certain types – eye diseases may emerge.

With a study showing bacteria live on the surface of the eye and stimulate protective immunity, scientists are beginning to discover the microbial factors that can be exploited to create innovative therapies for a range of eye disorders like Dry Eye Disease, Sjogren’s Syndrome and corneal scarring.…

Now in Sight: Success Against an Infection That Blinds

Quietly, in the shadow of fights against better-known diseases like Ebola, AIDS and malaria, the 20-year battle against trachoma is chalking up impressive victories.

But don’t get too worried: Acanthamoeba keratitis is rare. In the U.S. there are just one to two cases per 1 million contact users annually. And the best news is that we can avoid it. “But a little bit of concern is good,” Raju says. “Contacts are great as long as we take care of them, but we have to remember it’s still plastic. We don’t need them in our eye 24/7, 365.”

Eye Infections: What You Need To Know

Eye infections are usually self-limiting, and most resolve with minimal or no treatment. Occasionally, they don’t resolve quickly, and lead to more severe problems that require some type of medication for treatment.

While contact lenses are safely used by millions of people every day, they do carry a risk of eye infection. The most common infection related to contact lens use is keratitis, an infection of the cornea (the clear, round dome covering the eye's iris and pupil).

People who wear contact lenses say they're diligent about keeping them clean. But press them for details, and it turns out that hardly anyone is doing it the right way.

New research finds certain species of bacteria to be more prominent in the eyes of contact-wearers, offering a possible explanation for why they’re prone to some kinds of infections.

Recent outbreaks of serious eye infections among contact-lens users may be tied to a reduced use of chlorine to decontaminate public water supplies in response to a federal environmental mandate, according to a team of Chicago doctors who discovered the latest eye problems.

The Danger of Using Tap Water with Contact Lenses

Pronounced A·can·tha·moe·ba, acanthamoeba is a microbe that is very common in the environment, including in tap water. It has two forms: the trophozoite and the cyst. The infective form is the trophozoite, which can change into a cyst and survive a long time. These trophozoites and cysts can stick to the surface of your contact lenses and then infect your eye.

When eye irritation is more than it seems at first glance

Priya Raja’s eyes were not cooperating. A recent college graduate, she had struggled for months with on-and-off watery, red eyes and sensitivity to light. She found it difficult to look at a computer screen at the medical startup where she worked in Cambridge, Mass., or to focus on the words on a page. Thinking the symptoms might be due to conjunctivitis, a bacterial infection, her primary care doctor prescribed an antibiotic eye ointment. But Raja’s symptoms didn’t improve.

You may be familiar with the idea that your gut and skin are home to a collection of microbes – fungi, bacteria and viruses – that are vital for keeping you healthy. But did you know that your eyes also host a unique menagerie of microbes?

Many of the viruses, bacteria, parasites, and fungi that can invade the human body are also capable of attacking the surface or interior of the eye.

Symptoms of eye infections may include redness, itching, swelling, discharge, pain, or problems with vision. Treatment depends on the cause of the infection and may include compresses, eye drops, creams or antibiotics.

Does your child have signs of an eye infection, like pinkeye? Look out for the symptoms and conditions and make sure to give proper treatment.