Where in health am I? : Home / Health Cloud / Challenges / Infections / Flu / Swine Flu

The word flu nowadays throws a switch labelled 1918, when living conditions and drugs were wholly different. This in turn triggers a sinister ­process without any sense of proportion - Simon Jenkins 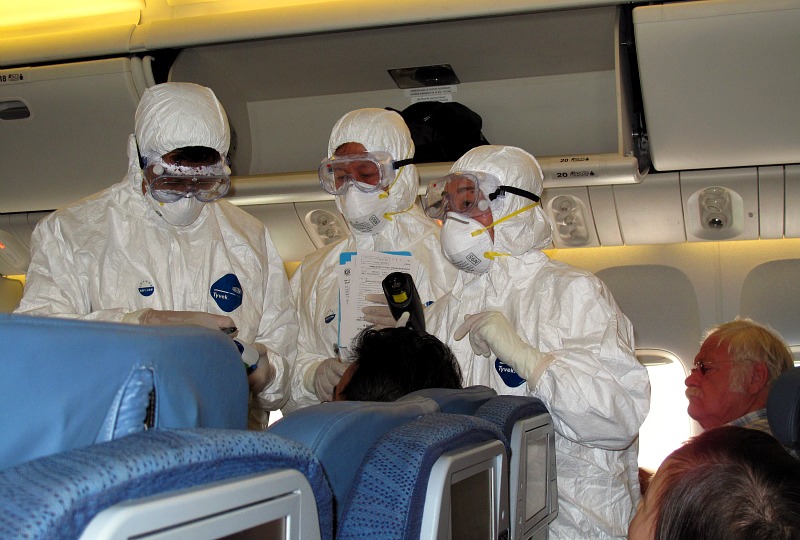 Pandemic Controversies: The Global Response to Pandemic Influenza Must Change

When the H1N1 outbreak in 2009-10 was milder than the World Health Organization had predicted, WHO was accused of colluding with the pharmaceutical industry and national governments of squandering billions. The Council of Europe said US$18 billion was wasted, and branded WHO's actions "one of the greatest medical scandals of the century." The event revealed weaknesses in the world's current configuration of planning for and responding to pandemic influenza, according to Dr Forster.

Science, public health policy makers and the worldwide public were confounded by the uncertainty, complexity and politics of pandemic influenza and the high emotions it inspires. Amid this confusion, the…

Coronavirus: what the 2009 swine flu pandemic can tell us about the weeks to come

Swine flu circulated around the world in two waves until August 10 2010, when the WHO officially declared the pandemic over. By comparing the coronavirus pandemic with the 2009-2010 H1N1 pandemic and looking at modern forecast models, we might be able to better assess what to expect over the coming weeks to months.

If Swine Flu Happens During COVID-19, Are We Screwed?

Scientists have warned of a new 'candidate pandemic virus' emerging in pigs in China. We asked an expert about the possibilities and risks of a pandemic-within-a-pandemic.

Is swine flu going to be the next pandemic?

A new set of swine flu viruses have been discovered that are highly adapted to infecting humans – and they’re already spreading among farm workers in China.

A new study warns that the strain of H1N1, common on China’s pig farms since 2016, should be “urgently” controlled to avoid another pandemic.

The last pandemic was a ‘quiet killer.’ Ten years after swine flu, no one can predict the next one

In the hands of Hollywood, pandemics tend to be of the one-size-fits-all variety. They unleash massive chaos and spread at lightning speed, as health officials in hooded biohazard suits rush to distribute vaccinations. And in real life, flu pandemics, which tend to strike only a few times each century, could be that terrifying. But, a decade onward, the experience of H1N1 is a reminder that it’s impossible to know from the get-go how a pandemic will play out.

Why The WHO Faked A Pandemic

Around the world nations heeded the warnings and spent vast sums developing vaccines and making other preparations. So when swine flu conveniently trotted in, the WHO essentially crossed out "avian," inserted "swine," and WHO Director-General Margaret Chan arrogantly boasted, "The world can now reap the benefits of investments over the last five years in pandemic preparedness." But there's more than bureaucratic self-interest at work here. Bizarrely enough, the WHO has also exploited its phony pandemic to push a hard left political agenda.

African swine fever isn’t harmful to humans but is usually fatal for pigs. It is highly contagious, putting at risk China’s more than 400 million pigs and potentially causing a shortage in the staple food.

Here's a look at the H1N1 influenza virus, also known as swine flu. There was a pandemic outbreak across the globe which lasted from 2009 to 2010.

Has the Swine Flu Disappeared?

The swine flu now seems routine, just another human flu circulating among the population. As I wrote back in 2010, the seasonal flu vaccine now includes the H1N1 pandemic strain, so if you get your flu shot, you're protected.

Could the Swine flu pandemic be an excuse to push vaccines and Tamiflu? Don’t go outside without a mask! Wash your hands excessively! Wow! Is it fear mongering at its best?

Swine Flu Might Be Mutating, But We're Not Sure Because Virus Monitoring Sucks

Researchers at MIT analyzed the publicly available databases for records from this year's outbreak in India and found a major dearth of information. For example, they looked at a database of flu sequences which can be shared with the global health network. In the past two years, only two sequences have been submitted from India. The problem is that, if the flu virus starts to mutate or change, it can turn into a new strain and quickly spread. If current outbreaks aren't being carefully monitored and documented, it puts the population at a great risk, the researchers wrote.

The Swine Flu You Can Get From American County Fairs

A new genetic study finds just how closely related human and pig flu viruses were during a 2012 outbreak.

There is no known antidote for panic

The word flu nowadays throws a switch labelled 1918, when living conditions and drugs were wholly different. This in turn triggers a sinister ­process without any sense of proportion.

Pandemic Controversies: The Global Response to Pandemic Influenza Must Change

'Evil' scientists, deadly viruses and terrorist plots are usually the preserve of Hollywood blockbusters. But when it comes to pandemic influenza, it is the stuff of real life. As controversy about research into the H5N1 bird flu virus continues, a new paper argues for a complete overhaul of current approaches to pandemic preparedness.

This website is archived for historical purposes and is no longer being maintained or updated. For updated information on the current flu season, see the CDC Seasonal Flu website.

The Swine. Influenza in Mexico City

Welcome to The Swine. This blog is a platform for observations, links, reporting, and photographs on the swine flu in Mexico City, which may or may not be the end of the world.

Sporadic swine influenza A virus (SIV) infection (swine flu) is an infection that generally is transferred from an infected pig to a human, however there have been reported cases where infection has occured with no contact with infected pigs. Symptoms of swine flu are "flu-like" for example fever, cough, or sore throat. Treatment is generally with the antibiotics oseltamivir (Tamiflu) or zanamivir (Relenza).

Swine flu is an infection caused by a virus. It's named for a virus that pigs can get. People do not normally get swine flu, but human infections can and do happen. In 2009 a strain of swine flu called H1N1 infected many people around the world. The virus is contagious and can spread from human to human. Symptoms of swine flu in people are similar to the symptoms of regular human flu and include fever, cough, sore throat, body aches, headache, chills and fatigue.

'Evil' scientists, deadly viruses and terrorist plots are usually the preserve of Hollywood blockbusters. But when it comes to pandemic influenza, it is the stuff of real life. As controversy about research into the H5N1 bird flu virus continues, a new paper argues for a complete overhaul of current approaches to pandemic preparedness.

Swine Flu Might Be Mutating, But We're Not Sure Because Virus Monitoring Sucks

Well, H1N1 isn't "back." It never went away, according to Lone Simonsen, co-director of the Global Health Epidemiology Program at George Washington University. When the swine flu pandemic happened in 2009, a lot of people got sick because it was a new strain of the H1N1 type virus. Nobody had any natural immunity to the virus, because nobody had been exposed to it before. After the first wave, the virus rolled into the normal rotation of flu viruses we see every flu season...

Swine flu cases are in the news in the UK. See the data to find out where the outbreak is worst - and see how it compares to the last pandemic.