Where in health am I? : Home / Health Cloud / Challenges / Infections / Herpes Simplex

E-mails are the new herpes: You never get rid of them - Christopher Buckley 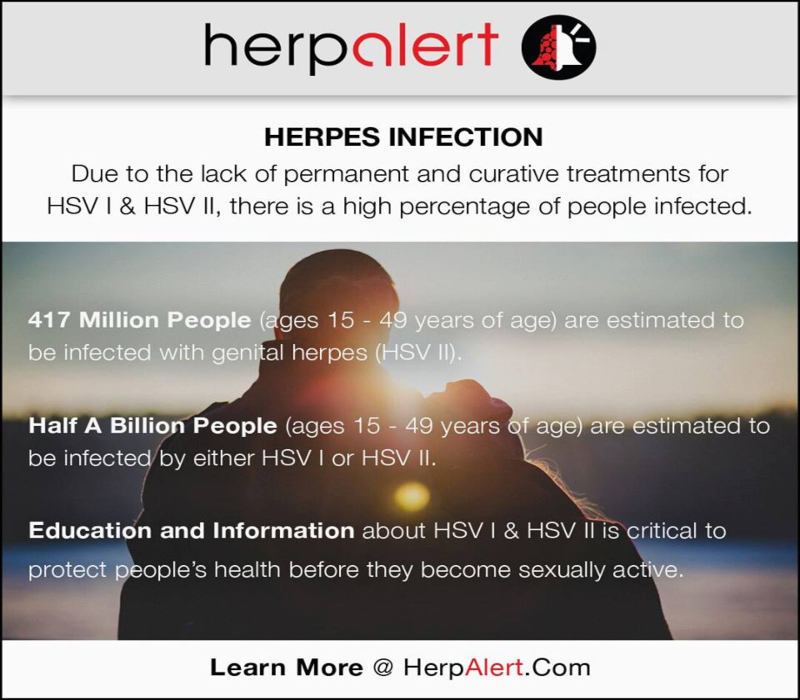 Most of the World Has Herpes, and There’s Little We Can Do About It

If you are a human being living on planet Earth, chances are you have herpes.

So says the World Health Organization, which released its first estimation of the global incidence of herpes simplex virus type 1 on Wednesday. According to the report, two-thirds of the world’s under-50 population—more than 3.7 billion people—are infected with HSV-1, the incurable virus most known for the oral cold sores it causes.

Most people with HSV-1 catch it through mouth-to-mouth contact during childhood, but the WHO has found this transmission method to be less and less common in wealthier countries with better hygienic conditions. This should be great news, but the upshot is nothing to…

Alzheimer’s disease: mounting evidence that herpes virus is a cause

Everything You Need To Know About Herpes Treatment

Ultimately, herpes is a common virus that doesn’t deserve the stigma it gets. “It’s a very survivable diagnosis. People can have beautiful, loving relationships with one partner or with multiple partners, and it’s not limiting,” Dr. Loanzon says. “It can be very scary in the beginning, but they’re not alone. There are plenty of people thriving with the virus without any issues.”

Herpes Is Slowly Retreating, but the Infection Remains Common

The prevalence of both genital and oral herpes simplex virus infections has declined steadily since 2000. Still, roughly half of middle-aged Americans are infected.

Though HSV-1 classically causes oral lesions and HSV-2 genital lesions, genital herpes due to HSV-1 is becoming increasingly common. The authors speculate that by leading to more genital HSV-1/HSV-2 coinfections this trend could result in the creation of more HSV-1/HSV-2 recombinant viruses.

Most of us have viruses sleeping inside us, and spaceflight wakes them up

A new study published last month in Frontiers in Microbiology reports that herpes viruses lying dormant inside the body become reactivated in more than half of all astronauts sent into space, potentially exacerbating what is already a high-risk environment. While we've yet to run into any kind of worrisome situation resulting from this phenomenon, those concerns loom larger as we set our sights on longer duration missions in orbit and seek to send astronauts back to the moon and on to Mars.

The Dying Scientist and His Rogue Vaccine Trial

Bill Halford was convinced he'd found a miracle cure, but he was running out of time to prove it. So he teamed up with a Hollywood executive and recruited a band of desperate patients.

When Herpes Infects the Eye

It’s a major cause of blindness, but scientists may have identified a surprising new way to treat it in mice.

Bad news: you probably have herpes and don't know it

Yes, I'm talking to you. About 70% of Americans ages 14 to 49 have herpes, that is either the HSV-1 or HSV-2 versions. These viruses used to be clearly demarcated as oral and genital herpes, but these days it's clear that both can cause both types of infections.

Did Big Pharma Create the Herpes Stigma for Profit?

Even though 90 percent of people have some form of herpes, the virus is heavily stigmatized. But the transition from "itchy annoyance" to shameful secret may not have been coincidental.

Everything You Think You Know About Herpes Is Wrong

While this news may be shocking--don't freak out. Herpes has been seriously stigmatized for years, but the fact is, if you don't have one type of herpes already, you're very likely to be exposed to it eventually. ... we bust eight big myths about this common infection. Here's what you need to know.

One news site has repeatedly exaggerated the prevalence of herpes. Here is the story of a young news site failing to admit it's wrong, and the basics of what you should know if you do get infected.

Ocular herpetic disease is more frequently caused by HSV I, which is presumed to gain access to the cornea via direct contact or via the trigeminal nerve from oral infection. Initial infection typically remains asymptomatic.

Herpes Virus Infections have been prevalent as early as ancient Greek times. Hippocrates is known to have described the cutaneous spreading of herpes simplex lesions and scholars of Greek civilization define the greek word "herpes" to mean "to creep or crawl" in reference the spreading nature of the herpetic skin lesions

How a Simple Virus’ Genome Tells the Story of Human Migration

As with humans, the herpes simplex virus was born in Africa.

This may be the most promising herpes vaccine ever

Which is good because pretty much everyone has herpes.

You Probably Have Herpes, but It's Chill

"There's such a disconnect between cold sores and genital herpes," herpes activist Jenelle Marie Davis explains to Broadly. "There's a polarizing difference in the perception of the two, but when you look at the virus itself, they behave very similarly. People think one is the good herpes and one is the bad herpes, but that's not true." According to Davis, and many other experts, both types of herpes are actually pretty chill.

Most of the World Has Herpes, and There’s Little We Can Do About It

If you are a human being living on planet Earth, chances are you have herpes.

10 Myths About Herpes That Are Totally False

False rumors about herpes can be as contagious as, well, a virus. While most people know that it's a common sexually transmitted infection, many don’t understand what the herpes virus is, how people get it, and how they can protect themselves.

Our mission is to remove the stigma associated with herpes by reducing outbreaks and making them as painless as possible. The moment you submit your photos for diagnosis, we get back to you quickly and immediately send a prescription to your local pharmacy. So you can stop the progression and get on with your life, whether that means finding Mr. Right, or Mr. Right Now.

Our mission is to provide treatment information and perspective about herpes, a stigmatised but common infectious skin condition.

We provide information about the diseases, what non-prescription and prescription treatments work, and where to find medical help and medication.

We have developed this site to help you understand the basics of herpes, how it is diagnosed, the role of cold sores and which drugs are effective in treating herpes.

Penny for your thoughts campaign

The Penny for your thoughts campaign is a great opportunity that allows you to ask for help and to give you a voice. A voice for yourself or for others who are suffering silently. This effort does not exclude people who are doing just fine and are not affected by the herpes virus, we need your help as well!

All you need to know about treatment for Herpes by Miguel Gonzalez, MD, FACP, FCCP

Preventing outbreaks ever so discreetly.

There are two types of HSV: •HSV type 1 most commonly causes cold sores. It can also cause genital herpes. •HSV type 2 is the usual cause of genital herpes, but it also can infect the mouth. HSV spreads through direct contact. Some people have no symptoms. Others get sores near the area where the virus has entered the body. They turn into blisters, become itchy and painful, and then heal.