Where in health am I? : Home / Health Cloud / Challenges / Infections / Necrotising Fasciitis

With this disease, time is serious - Russell Russo MD, orthopedist 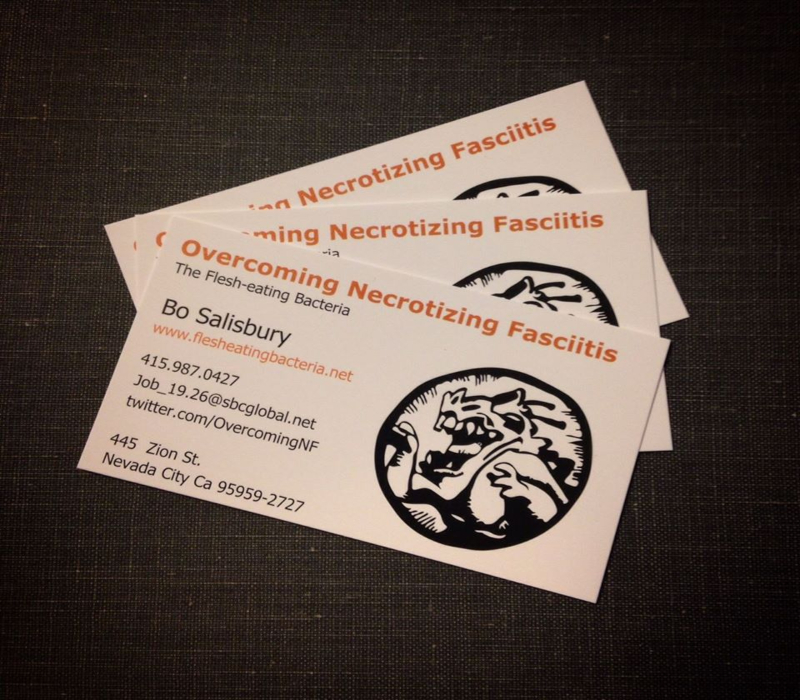 What To Do If You Are Worried About Flesh-Eating Bacteria

General rule: Anything with "flesh-eating" in its name can be horrific. As the recent unexpected and rapid death of an 8-year-old boy in Oregon demonstrated, flesh-eating disease, otherwise known as necrotizing fasciitis, can quickly maim or even kill even the healthiest of people.

Necrotizing fasciitis means literally being eaten alive by bacteria. If that sounds horrible, it is. As Jason Duaine Hahn described for People, before he succumbed to the flesh-eating disease, Liam Flanagan was a healthy second grader in Pilot Rock, Oregon. After he wiped out on his bike and suffered a gash in his thigh, the doctors in the emergency room were able to close the wound with just seven…

Three decades ago, A. streptococcus was a bacteria that could cause a bit of strep throat, but not much else. Today, it can eat your flesh.

How worried should we be about these terrifying-sounding bacteria, and what can we do about them?

"May lead to a flesh-eating genital infection." Now that's a warning that may get some attention during a drug commercial. The U.S. Food and Drug Administration (FDA) issued a warning about a rare but highly disconcerting condition that may occur with the use of a class of type 2 diabetes medications called sodium-glucose cotransporter-2 (SGLT2) inhibitors. The condition is known as necrotizing fasciitis of the perineum or Fournier’s gangrene or "oh $%#&%*." In this condition, your genitals essentially get eaten, in a bad way.

People Are Contracting Flesh-Eating Bacteria at the Beach

The usual suspects for NF infection are Group A Strep, E. Coli, Staph, and Vibrio (a particularly virulent strain found in saltwater). These bacteria are all around us all the time. Staph, for example, is commonly carried on the skin of otherwise healthy people. It’s only when a puncture on the skin allows it to get inside your body does it make you sick. The bacteria attack the fascia, completely killing it while moving on rapidly. Kraft says that the bacteria tries to push its way out as it kills soft tissue and continues to multiply, and because it is sandwiched between the skin and muscle it quickly spreads in the fascia “superhighway,” often unnoticed.

These flesh-eating bacteria are finding new beaches to call home

Global warming is expanding the territory of some terrifying microbes.

Twenty-eight-year-old Kate was one of the lucky ones. In an interview with the Cut, she recounted the horrific two-month period in 2009, when she had just started college, that she was fighting off the infection. Though her body was strong enough to defeat the flesh-eating bacteria, she still has phantom pains to this day.

Yes, flesh-eating bacteria are in the warm coastal waters – but it doesn’t mean you’ll get sick

Bacteria can multiply under the skin and cause a life-threatening illness commonly known as flesh-eating disease, or necrotizing fasciitis, which can appear suddenly and spread quickly. The infections typically cause a fever and cause the skin to become, red, swollen and painful at the site of infection. The bacteria do not actually “eat” the flesh, but this is what the disease can look like.

The Evolution of Aimee Copeland

A freak accident on a sunny spring day may have disrupted her life, but with grit, determination, and some high-tech hardware, Aimee is resuming the adventure.

In a few weeks Alex Lewis went from being the owner of a pub, to becoming critically ill and a quadruple amputee. Yet he still describes the past year as the best he's ever had.

The key concept here is the body structures that are affected. Those infections that affect the skin and superficial tissues, termed “cellulitis”, are generally mild. But when they affect the deeper fascia and muscles (“myositis”), they can spread very quickly and cause severe illness. Because the action is occurring at a deeper level, there may be few or no changes to see on the surface.

For starters, there isn’t just one flesh-eating bacteria to avoid. The serious infection can be caused by numerous strains of bugs — almost 30 — that can be found in all kinds of environments, including saltwater (Vibrio vulnificus), freshwater (Aeromonas hydrophila) and simply on your skin (group A Streptococcus).

While the flesh-eating bacteria is relatively rare in comparison to the incidence rates of other diseases and disorders, the ratio of deaths -- at best, 2,000 out of the 10,000 to 15,000 cases diagnosed each year -- is high enough to warrant the call for earlier diagnosis.

Here's How 'Flesh-Eating' Bacteria Feast on Your Flesh

"Flesh-eating" bacteria can cause serious infections that can result in loss of limbs and even death. Now, a new study reveals just how the bacteria thrive deep in muscle tissue and cause such severe disease.

How Do Harmless Bacteria Become Deadly?​

The bacteria GAS went rogue in the 1980s, ultimately evolving into a human killer. It now causes up to 500,000 deaths a year, with victims reporting symptoms ranging from a sore throat to the flesh-eating disease necrotizing fasciitis.

While they may seem unlikely or like something out of a science-fiction novel, flesh-eating bacteria are very real, serious, and potentially fatal and, as illustrated above, puzzling in the way they attack.

How Flesh-Eating Strep Bacteria Evolved Into an Epidemic

BACTERIA AREN’T KIND enough to leave behind a fossil record (save for cyanobacteria), but they're evolving fast. Really fast. Their short life cycles mean that generations come rapid-fire, adapting through natural selection into the monster pathogens that are currently shrugging off our finest antibiotics. It’s all the more troubling when we’re dealing with the flesh-eating variety.

Treatment for necrotizing fasciitis typically has three essential components: proper treatment of the wound, antibiotics for infection, and, if the infection advances, aggressive surgery to remove all affected tissue.

What Is Donovanosis, A So-Called 'Flesh Eating' Sexually Transmitted Infection?

Flesh-eating and genitals are words that you don't want to go together. Actually flesh-eating and many words are bad together, such as flesh-eating pancakes. But a so-called "flesh eating" sexually transmitted infection (STI) has been making the news rounds recently.

What To Do If You Are Worried About Flesh-Eating Bacteria

Unfortunately, with even the best treatment available, sometimes doctors cannot stop the disease. Fortunately, necrotizing fasciitis is rare. So don't freak out and chug antibiotics the next time you get a scratch or a cut.

In case necrotizing fasciitis – the flesh-eating disease recently making headlines – hasn't got you freaked out enough, here are four other scary diseases you might not know about.

The bacteria aren't actually eating your flesh. The various species—including some that cause strep and staph—enter a wound, scrape, or bug bite and unleash a flood of toxic chemicals that kill surrounding tissue cells.

The mission of The Lee Spark Necrotising Fasciitis (NF) Foundation is to help those whose lives have been affected by necrotising fasciitis and other severe streptococcal infections and medical staff who are involved with investigating, diagnosing and treating NF.

Led by Aimee Copeland, a licensed master social worker with a background in eco-psychology, a quadruple amputee and a necrotizing fasciitis survivor, ACF inspires hope through action, builds community through inclusivity, provides healing through relationships, fights stigma through education, and breaks down barriers through compassion and humor.

The Necrotizing Fasciitis Foundation was created by survivors as a way to provide support and resources for NF victims and their families, and to raise awareness by educating the general public and the medical community.

On May 9, 1998, while playing indoor soccer, I was kicked in the ankle and that injury set off a chain of events that resulted in necrotizing fasciitis and forever changed our lives.

Necrotizing fasciitis is a serious bacterial infection that spreads rapidly and destroys the body's soft tissue. Commonly called a "flesh-eating infection" by the media, this very rare disease can be caused by more than one type of bacteria. These include group A Streptococcus (group A strep), Klebsiella, Clostridium, E. coli, Staphylococcus aureus, and Aeromonas hydrophila, among others. Group A strep is considered the most common cause of necrotizing fasciitis.