The question I have, which is a question other more experienced biologists still trying to answer, is why the long journey out of the small intestine only to wind back up in the same place - Parasitophilia 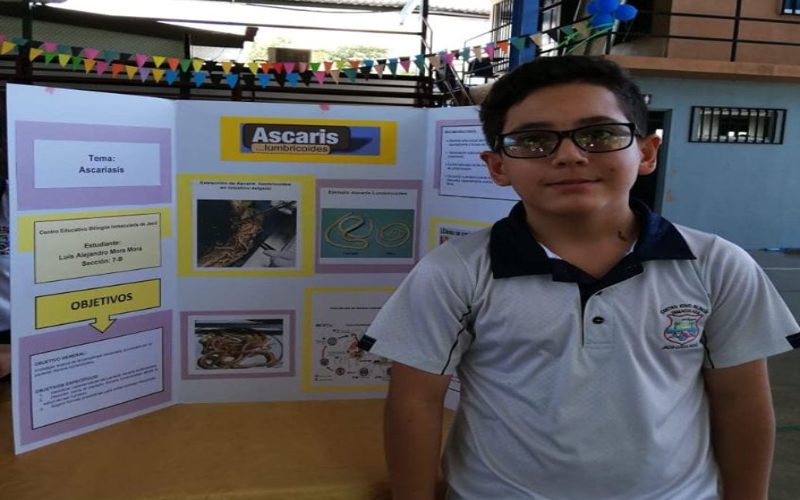 Ascariasis: A Major Health Problem in the Developing World

Throughout the developing world, one kind of disease remains more common than any other: worms. In fact, according to The Huffington Post, recent figures have suggested that nearly every person residing in a developing country has some form of worm infection, due to the abundance of worm larva in soil all over the world.

While there are a variety of these infections, one in particular called ascariasis, or ascaris, has become so widespread that, according to the Center for Disease Control, it “account[s] for a major burden of disease worldwide.” In total, 807 million to 1.2 billion people around the world are infected with this parasitic illness, which is also classified as a neglected…

Can A Parasitic Worm Make It Easier (Or Harder) For A Woman To Conceive?

The giant roundworm looks a lot like an earthworm. It's pinkish, up to a foot long and can live for two years. Right now, the worms are living comfortably in the small intestines of about a billion people worldwide. They're the most common worm infection in humans.

The name Ascaris lumbricoides holds special significance for me. This enormous nematode was the first parasite I ever learned about in any great detail.

Ascariasis and hookworm (ancylostomiasis) remain the most common intestinal nematodes in the world with significant economic, social, and medical impact.

WHO estimated that more than 1.4 billion people are infected with Ascaris lumbricoides, representing about 25 percent of the world population.

A woman infected with Ascaris would bear on average two more children in her lifetime than would a woman free of the parasites...

There’s something you have to know about the Ascaris roundworm. As with all parasitic worms, it takes a twisty, nomadic route through the body after it infects a human.

It’s unclear how much the roundworm infection may have affected King Richard III, who was said to be a ruthless and power-hungry man...

Ascariasis: A Major Health Problem in the Developing World

While treatment efforts are ongoing, less than 40 percent of the world’s children in need of treatment have not actually received any. This accounts for more than 850 million children worldwide and stands as one of the largest public health issues in the world. In order to improve the lives of millions, deworming campaigns must carry on.

Ascaris lumbricoides is one of the commonest and most prevalent parasites infecting humans in the world today. Ascariasis is endemic in parts of tropical and temperate regions of the world, where there is sufficient moisture and particularly in areas characterised with poverty, ignorance and low standard of hygiene and sanitation.

An estimated 807 million–1.2 billion people in the world are infected with Ascaris lumbricoides (sometimes called just Ascaris or ascariasis). Ascaris, hookworm, and whipworm are parasitic worms known as soil-transmitted helminths (STH). Together, they account for a major burden of parasitic disease worldwide. Ascariasis is now uncommon in the United States.

Ascaris lumbricoides is a nematode (roundworm) which inhabits the intestines of humans. It measures 13-35 cm in length and may live in the gut for 6-24 months. Infection is normally from food contaminated by soil containing faeces from the worm.

Ascaris lumbricoides, an intestinal roundworm, is one of the most common helminthic human infections worldwide. Highest prevalence in tropical and subtropical regions, and areas with inadequate sanitation. Ascariasis occurs in rural areas of the southeastern United States. In United States, ascariasis is the third most frequent helminth infection, exceeded only by hookworm and Trichuris trichiura (whipworm).