Tsetse biology is just freaky. This is an insect that breast-feeds its children - Leslie B. Vosshall 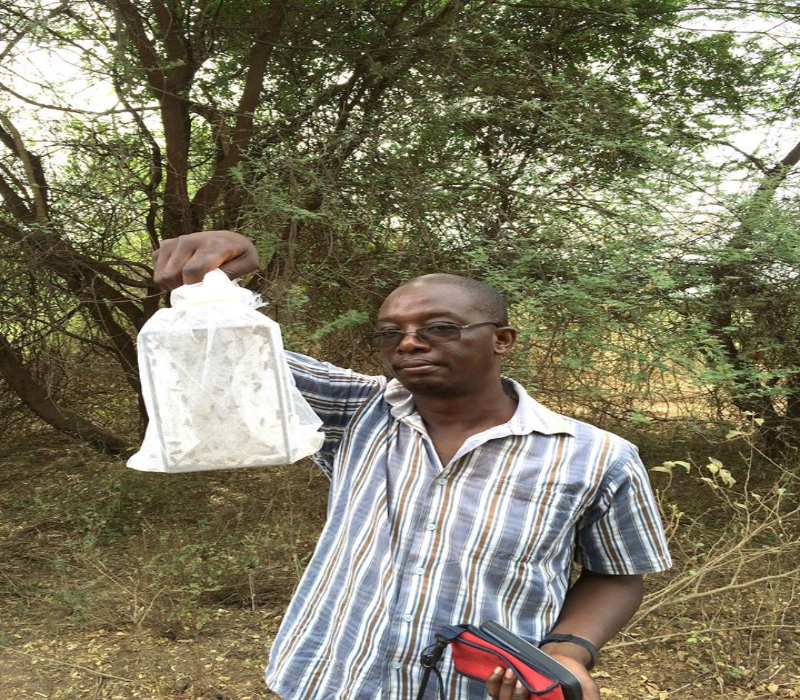 After 10 years of effort, a team led by scientists at Yale has finally decoded the genes of the tsetse fly, a bloodsucking scourge of Africa.

With that knowledge, they hope to find new ways to repel or kill the insects, whose bite transmits sleeping sickness, a parasitic disease that, like rabies, drives its victims mad before they lapse into a coma and die. The flies also carry nagana, which weakens or kills cattle and renders whole regions of Africa inhospitable to most livestock.

There are now fewer than 10,000 confirmed cases per year of…

Bloodthirsty tsetse flies nurse their young, one live birth at a time – understanding this unusual strategy could help fight the disease they spread

This insect's unique reproductive biology could lead to new ways to control the species in the environment – and prevent the deadly sleeping sickness it spreads to people.

Despite their innocuous resemblance to the common house fly, tsetse flies are the source of a serious public health concern in the Sub-saharan African countries where they most commonly occur. The blood sucking insect is the transmitting vector of trypanosomes, parasites which cause sleeping sickness in humans and animals. When left unchecked, human sleeping sickness is deadly...

The new drug, fexinidazole, cures all stages of the disease within 10 days. Previously, everyone with the parasites found in a blood test also had to undergo a spinal tap to see if the parasites had reached their brains. If so, patients had to suffer through a complex and sometimes dangerous intravenous regimen requiring hospitalization. An oral treatment that can safely be taken at home “is a completely new paradigm — it could let us bring treatment down to the village level,” said Dr. Bernard Pecoul, founder and executive director of the Drugs for Neglected Diseases Initiative, which was started in 2005 by the medical charity Doctors Without Borders to find new cures for tropical diseases.

A team of researchers wants to protect humans and other mammals from the debilitating and even deadly effects of African sleeping sickness. Studying the cause of the disease is vital because, although the transmission of African sleeping sickness by tsetse flies has been studied for more than 100 years, the secret to the underlying parasite's success remains largely a mystery.

Sleeping Sickness Can Drive You Mad. But Treatment Is Now Easier Than Ever

Sustained efforts to cure the disease and to combat the tsetse flies that transmit it have already brought the number of cases down from more than 10,000 a decade ago to a couple of thousand last year. Experts say this new, simplified medication, which can cure the infection within 10 days, is an important step toward the elimination of African sleeping sickness.

While Human African trypanosomiasis, or "sleeping sickness," has been declared a neglected tropical disease endemic to Sub Saharan Africa, new research is raising hopes that something might be done to slow its spread by targeting its sole carrier — the tsetse.

It has long been a mystery how long ago cattle-raising people from Central Africa managed to reach southern Africa. It was assumed that the herders were stopped by sleeping sickness, which is carried by tsetse flies and kills cattle, goats, sheep and people. The tsetse fly’s natural range stretches across Africa and through all the woodland and rain forest areas below the Sahara to roughly as far south as the Zambia-Zimbabwe border.

In The Fight Against Tsetse Flies, Blue Is The New Black

Walk along one of the many streams and rivers in the West Nile region of Uganda, and you'll notice something funny. All along the riverbanks, you'll see small pieces of blue cloth, attached to wooden stakes in the ground. There's one every 50 yards or so. No, this isn't some half-baked public art project. These dinky contraptions are actually flytraps, designed to lure and kill tsetse flies, whose bites transmit a parasitic disease called sleeping sickness, which, like rabies, drives victims mad before it kills them.

Radiation is working for many infectious insects on almost every continent on Earth (FAO/IAEA). In addition to tsetse flies, SIT has been applied to hundreds of species of fruit flies, moths, mosquitoes and screwworm flies. The outcome of this radiation technique is almost magic. Besides sleeping easy, the people in rural Niayes are looking forward to a 30% increase in their income this year.

Spanish Drone Will Drop Insects Over Ethiopia To Fight Disease

Tsetse flies feast on animal blood. When they do so, humans can get Trypanosomiasis, or sleeping sickness, which starts as exhaustion and fever, and can lead to death if left untreated. In animals, the tsetse’s bite can develop into paralysis. Tsetse flies are limited to sub saharan Africa, where they infect at least 10,000 people a year. It’s a mess of an insect, but an organization in Spain thinks they have a solution, and they’re going to use drones to deliver it.

This drone prototype will carry precious cargo: an army of insects engineered to wipe out their own kind.

What is African sleeping sickness?

African trypanosomiasis is a parasitic disease transmitted by the tsetse fly. It gets its nickname ‘sleeping sickness’ because symptoms can include a disturbed sleep pattern.

There are now fewer than 10,000 confirmed cases per year of sleeping sickness — formally known as human African trypanosomiasis — but the disease occurs in epidemics. As recently as 1998, the number of estimated cases was 300,000. Treatment is long and difficult, and without it, the disease is always fatal.

African Trypanosomiasis, also known as "sleeping sickness," is caused by microscopic parasites of the species Trypanosoma brucei. It is transmitted by the tsetse fly (Glossina species), which is found only in rural Africa. Although the infection is not found in the United States, historically, it has been a serious public health problem in some regions of sub-Saharan Africa.

Once the tsetse fly ingests the trypanosomes, they multiply and develop into epimastigotes. Humans are infected after the bite from a tsetse fly. The injected parasites then rapidly divide in the bloodstream and lymphatics. Eventually, the parasite enters the central nervous system (CNS) and causes neurological and behavioral symptoms. The trypanosomes evade the host's immune system because of extensive antigenic variation of the glycoproteins located on the surface of the parasite. During this time, the parasites invade almost every organ in the body.

Human African trypanosomiasis (HAT), or sleeping sickness, is caused by trypanosome parasites that are transmitted by tsetse flies. HAT is found only in sub-Saharan Africa. Two subspecies of Trypanosoma brucei cause disease: T. b. gambiense in West and Central Africa, and T. b. rhodesiense in East Africa. This life-threatening disease mostly affects poor rural populations, causing significant harm. Travellers to endemic regions may also be at risk of infection.