Where in health am I? : Home / Health Cloud / Challenges / Infections / Norovirus 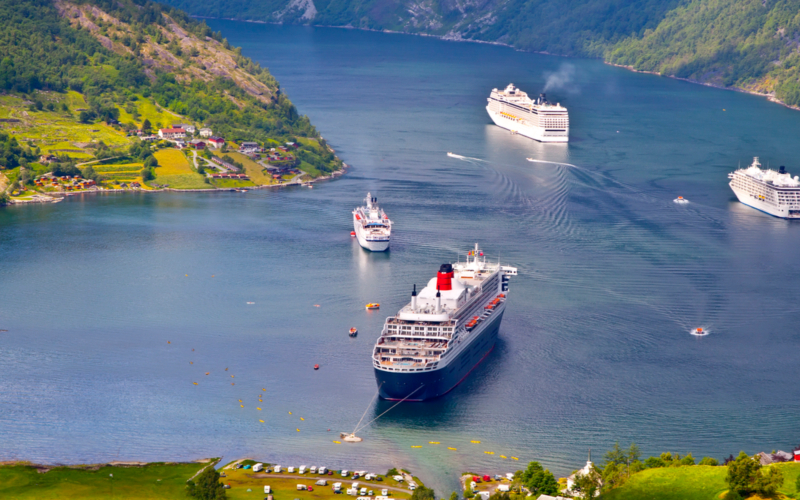 The Norovirus: A Study in Puked Perfection

What is this fearsome bug, you may be asking, and why isn’t it the subject of a Hollywood horror movie?

Noroviruses are one of virology’s great open secrets. In a recent issue of The Journal of Infectious Diseases, Aron Hall of the Centers for Disease Control declared, “Noroviruses are perhaps the perfect human pathogen.”

Each norovirus carries just nine protein-coding genes (you have about 20,000). Even with that skimpy genetic toolkit, noroviruses can break the locks on our cells, slip in, and hack our own DNA to make new noroviruses. The details of this invasion are sketchy, alas, because scientists haven’t…

Here's the Best Way to Protect Yourself from a Norovirus Outbreak

It's a vacation nightmare: You board a cruise ship for a weeklong getaway, only to have an outbreak of norovirus, or a "stomach bug," take the ship by storm. But aside from barricading yourself in your cabin, what's the best way to protect yourself in the midst of a norovirus outbreak?

How To Avoid Norovirus And Other Outbreaks On A Cruise Ship

So what precautions can you take to avoid getting sick on a cruise? Keep in mind that going on a cruise doesn't necessarily put you at higher risk for getting a GI illness or other diseases compared to many more regular activities such as going to a restaurant, a party, school, work, or a day care center.

In mice, at least, this major stomach bug sickens by targeting a rare gut cell.

The team believes that both rotavirus and norovirus both use vesicles to travel all the time, because there’s evidence of them in early images of norovirus from the 1970s; scientists just didn’t realize what they were at the time, Altan-Bonnet explains. Virologists are not sure, however, how many kinds of viruses also use this type of mass transportation. If scientists can isolate more of these viral packages, figuring out how to destroy them could be a new form of antivirals.

On the face of it, it’s not hard to see why cruise ships are ideal breeding grounds for GI illnesses like norovirus to thrive and multiply.

Norovirus gives 699 million people diarrhea every year. No one talks about it

We may worry about salmonella in our chicken and the chemical additives in our bread. But how often do we fret about the most common cause of food poisoning and serious stomach flu in the US? No, we don't really talk much about norovirus, an extremely contagious bug spread by — prepare yourself — ingesting the stool or vomit of an infected person often through food or touching a contaminated surface.

Norovirus Is a Terrible Gut Bug. The Olympics Could Make It Worse

Norovirus is a gastrointestinal monster sometimes called the “winter vomiting bug.” Symptoms include what I mentioned earlier plus chills, pain, and fever. It’s rarely fatal; you just wish you were dead.

The Secret to a Breakthrough in Fighting Norovirus? Human Bile

When virologist Mary Estes first started studying norovirus—the bug best known for causing vomiting and diarrhea on cruise ships—she had a basic problem. She didn’t have enough virus to study.

A Viral Misery That Loves Company

Share Tweet Save More Personal Health Personal Health Jane Brody on health and aging. I have often felt sorry for people whose cruise ship vacations were marred by a nasty gastrointestinal virus that kept them quarantined in their cabins and sometimes cut short the trip. But now that I’ve endured two separate bouts of this bug, formerly called Norwalk virus and now known as norovirus, my empathy has skyrocketed. Norovirus is, to put it mildly, misery incarnate. One minute you’re fine, and the next you think you’re dying — or that dying would be preferable.

As Norovirus Rages, A Robot Named 'Vomiting Larry' Gets His Closeup

Norovirus causes stomach distress — and then some — that can last a few days. Sometimes called the stomach flu, despite no connection at all to the respiratory influenza virus, norovirus is notorious.

Forget the Flu: The Norovirus Is Taking Over America

Just when it seemed like this year's flu epidemic was finally under control, along comes the CDC with a new plague that's sweeping the nation: the norovirus.

How Far Away Should I Sit From Someone Who Might Have Norovirus?

Unfortunately, just sitting far enough away from someone who might have Norovirus isn't sufficient to stave off getting infected with it. This is not only because it's highly contagious but also because of...

If there is a central circle of hell, I now know what's there: endless glasses of water spiked with norovirus that you must drink for eternity. Yet incredibly, some persons of Achilles-class bravery/stupidity actually signed up for this punishment of their own free will, and did so in the name of science. Brave souls, I salute you.

And you can’t stave it off by guzzling grape juice. More importantly, though, noroviruses do not multiply in the stomach: They multiply in your intestines. And when they do multiply, they do so only after they have invaded your body’s cells. So the idea that grape juice is going to wash triumphantly over vulnerable multiplying noroviruses inside the stomach is wrong on two more levels.

It gets in your food, in your laundry, it sticks to plates and it might even float into the air when you flush your toilet. A new strain of norovirus -- often called stomach flu -- is going around and it’s going to be very hard to avoid it, experts say.

Although the cases of norovirus striking ships are very high profile, with proper sanitary procedures your chances of an outbreak are still very low.

Winter is the season for norovirus! Norovirus is a virus that's the most common cause of "stomach flu," or gastroenteritis. It strikes fast; those with it come down with vomiting, diarrhea, abdominal cramping. About 1 in 5 adults get gastroenteritis every year. Nearly everyone has it at some point in their lifetimes.

“We think this is the most infectious group of pathogens that have ever been described,” said Dr. Moe. As with most viruses, it is possible to get infected and not show symptoms.

What You Should Know About The Norovirus

There are 5 types of noroviruses, and infection with these viruses causes gastroenteritis, which is essentially a form of inflammation of the large and small intestines which leads to sudden onset of abdominal cramping, nausea, vomiting, and diarrhea. Other symptoms may include low grade fever, chills, muscle aches, headache and generalized fatigue.

When it Comes to Germs, Norovirus is Public Enemy Number One

The noroviruses have likely been around for thousands of years, but their existence was only discovered in 1972 by Dr. Albert Kapikian while studying the infectious causes of a gastrointestinal outbreak in Norwalk, Ohio.

Why do you get the stomach flu?

Why is it so hard to avoid a virus that forces us into the bathroom and makes us stick our heads in the toilet bowl?

Why Norovirus Is Such a Menace

The amazing little pathogen does so much more than cause cruise-ship disease.

The Norovirus: A Study in Puked Perfection

Noroviruses are one of virology’s great open secrets. In a recent issue of The Journal of Infectious Diseases, Aron Hall of the Centers for Disease Control declared, “Noroviruses are perhaps the perfect human pathogen.”

Amongst the most common of viral gastroenteritis in human beings...

Norovirus is a very contagious virus that can infect anyone. You can get it from an infected person, contaminated food or water, or by touching contaminated surfaces. The virus causes your stomach or intestines or both to get inflamed. This leads you to have stomach pain, nausea, and diarrhea and to throw up.

Typically, people with norovirus infection develop diarrhea and abdominal pain and begin to vomit within 24 to 48 hours of exposure. Norovirus symptoms may last a few days, but most people recover completely without treatment. However, in some people – especially infants, older adults and people with underlying disease – vomiting and diarrhea can be severely dehydrating and require medical attention.

Noroviruses are a group of viruses that can cause gastroenteritis. Gastroenteritis is an infection of the gut (intestines) which usually causes vomiting and diarrhoea. Norovirus is the most common virus causing gastroenteritis in adults in the UK. In most cases the infection clears within a few days, but sometimes takes longer. The main risk is dehydration.