Where in health am I? : Home / Health Cloud / Challenges / Infections / Parasites / Mites

I have little regards for cynics. They are like parasites--they live off other people's hard work and energy ― Gladys Adevey 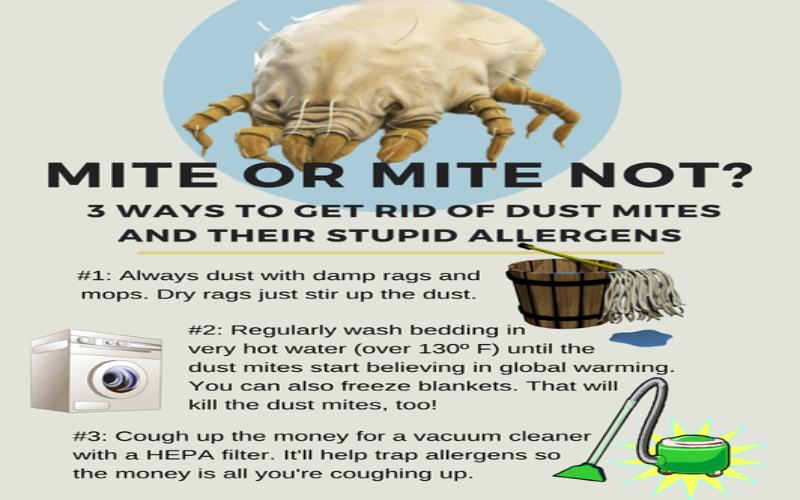 Why you should never make your bed

Your mother always told you to make your bed. Every single morning after you’d rise, groggy and miserable, you’d get the inevitable question: “Did you make your bed?” Well, guess what? It turns out mom was wrong — it’s actually better for you, and for your overall health, not to make your bed at all.

Why? Because of these.

The mighty house dust mite. Actually, it’s not mighty at all. These microscopic little buggers are running rampant in your bed (sorry, but it’s true). In fact, the average bed can be home to 1.5 million of them. House dust mites feed on human skin scales (ew), so they love to take up residence with us under the sheets. The allergens they produce…

What Is That In Your Face? How About Mites

This might not be the most comforting news, but mites could be having sex on your face. Maybe not right now, but more likely while you are asleep. Let this thought percolate in your mind the next time you think you are going to bed alone.

Did you know that there are microscopic mites living on YOUR body?! Demodex mites live out their entire lives in the pores of humans and other mammals. We carry them with us throughout our day, throughout our lives, and across generations as we move around the world. Yet, even though we host thousands, maybe millions, of these mites at any given time, we know very little about them.

You mite not even have heard of them.

Don't freak out, but there are thousands of mites living all over your face

Right now, there are thousands of mites on your face. They're microscopic, but closely related to spiders and ticks. And despite your reaction to hearing this news, there's absolutely nothing wrong with you.

Dust Mites in Your Bed? Allergens in Your Home? We Have Solutions!

According to the Mayo Clinic, the average bed is home to 100,000 to 10 million dust mites (and you thought a snoring mate was a problem!). Along with their favorite food, our skin particles, mites thrive on warmth, moisture and darkness.

Dust mites: Biggest threat to allergy sufferers is not bed but life

How to Get Rid of Dust Mites

Dust mites are gross. They’re nasty little jerks. And they’re everywhere. Oh, yeah. You’ve got a ton of ’em crawling all over your body and your clothes at this very moment. You’re probably sitting on a bunch of ’em, too.

Demodex, a genus of tiny parasitic mites that live in or near hair follicles of mammals, are among the smallest of arthropods with two species Demodex folliculorum and Demodex brevis typically found on humans.

They hide in your bed and breed on your face. They’re smaller than the period at the end of this sentence.

Mites are not insects; they are more closely related to ticks and spiders. Most mites are visible to the unaided eye and usually measure 1/8" or less in length. Their life cycle has four basic stages: egg, larva, nymph and adult.

The Invisible Itch Mite Will Make You Nostalgic for Mosquitoes

Scientists are finally studying the hundreds of mites crawling around our faces. It's gross yet strangely fascinating.

When you look in the mirror, you’re not just looking at you—you’re looking at a whole mess of face mites. Yeah, you’ve got ‘em. Guaranteed.

Why you should never make your bed

Experts recommend leaving your bed unmade for the entire day — yes, the entire day — and making it (if you must) when you get home later on. By that point, many of the mites will have died an unceremonious death. Good riddance, you gross little things.

Planet Earth is home to more than 48,000 species of mites. A very limited number of them tend to bite or infest humans, live within skin, transmit disease or breed within homes.

I developed the protocol found on this site from trial and error and experimenting on myself at great expense and suffering. I am greatly rewarded when a fellow victim tells me they are well or improving daily. It makes it all somehow worth the effort I made for myself to save others too. The happy ending to this story is that after 2-1/2 years of struggle I found my way out of the hell and have a normal life again. I even wear the same clothes for a week at a time just to celebrate that I can now do that. I never thought there would be so much joy in such a strange thing as using a towel for a week and changing sheets no more than once a week.

A variety of mites are known to bite humans and cause irritation, itchy papules and rashes. Most of these mites are actually parasites of other animals not humans, but will bite humans when their normal hosts are not present. They are mostly nest parasites of birds, rodents and other animals. Nest parasitic mites blood-feed on their normal hosts and then return to the host's nest. Most species do not remain on the animal or human that they feed on. However, a few mites, such as the dog mite (Cheyletiella species) and scabies mites, remain on the host. Chigger mites only blood feed in the nymph stage (the stage that hatches from the egg) and is predatory the rest of their lives.

Humans are commonly infected with three different types of mites: 1. Demodex mites 2. Scabies mites which live predominantly on animals, can also infect humans. They don't normally complete their life cycle in humans, but can make for intensely itchy nights, for up to ten days. 3. Bird mites causing the sensation of crawling on the skin, especially at night. They are also virtually impossible to get rid of without tackling their source.

Meet The Mites That Live On Your Face

It might give you the creepy-crawlies, but you almost certainly have tiny mites living in the pores of your face right now. They're known as Demodex or eyelash mites, and just about every adult human alive has a population living on them. The mostly transparent critters are too small to see with the naked eye. At about 0.3 millimeters long, it would would take about five adult face mites laid end to end to stretch across the head of a pin.