Where in health am I? : Home / Health Cloud / Challenges / Infections / Parasites / Pinworms

Everyone is afraid of something. Pinworms are no exception. They fear two things: UV light and heat - Maya Hayes 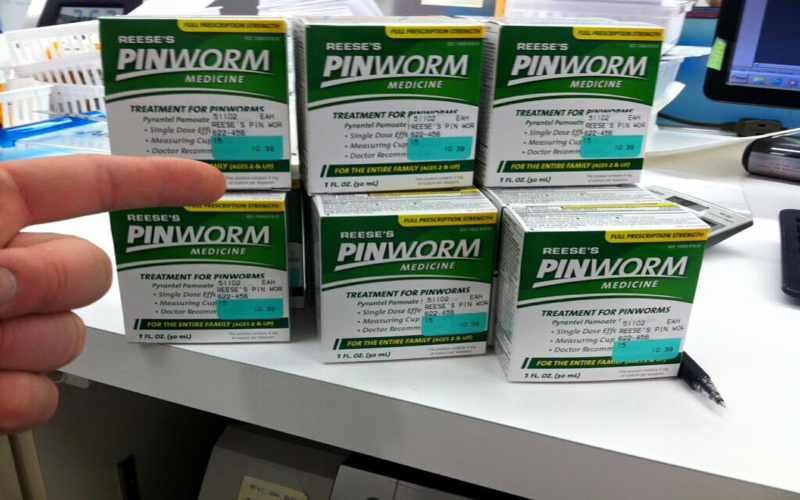 That’s right. I have it – that thing no one ever talks about. I am infected with a plague that is growing inside of my body, an ailment so damning and taboo that I am unable to confess it to anyone. But I walk around in shame, hanging my head low, worried about the prospect of spreading it to others. I feel so alone. And dirty. And disgusting. But I know I can’t be the only one.

Statistically speaking, given the contagious nature of my malady, and with figures concluding that as many as 1 in 7 people in the world are infected at any given time, I know that there are others out there. People just like me. People looking to break the silence. And yet, there are no discussions. No ribbons.…

Pyrantel is a safe, effective, and inexpensive treatment for several types of intestinal worms, including pinworms. It has been in use since the mid-1970s. The most common form of pyrantel for human and veterinary use is pyrantel pamoate.

"It's not likely that mebendazole or any other single repurposed drug is ever going to cure cancer," Bloom says. But he envisions the possibility that combinations of repurposed drugs might help the body to manage cancer.

How Do Skin-Penetrating Nematodes Find Your Feet as You Walk Barefoot Through Soil?

What Is Your Child Picking Up - Or Passing On At School?

When your child starts school they usually pick up more colds and minor infections than ever and the bugs spread to most of the family. But will your child pick up more than you anticipated? The unmentionables include nits, threadworms and impetigo.

Warning: Your Children Are Disgusting

It’s the Human Centipede of childhood maladies. It is horrifyingly disgusting. I’m telling you about it anyway because it’s extremely common — there are about 40 million people infected with pinworm in the United States — and your child’s reaction to the symptoms will seem upsetting if you don’t know their cause.

Yes, it is hard to keep the heebee-jeebee’s from getting to me some days. There are moments when I sit on the toilet and cry, thinking of all of the prospective problems that we will face one day (a recurrence of this one problem included). But, the hippies do have it right about one thing – we should really just live in the moment, because it is the only thing we truly have. Well, and worms, too. But at least that will soon change, I hope.

Enterobius vermicularis, also called pinworm, is one of the most common nematode infections in the world. Originally, E. vermicularis was named Oxyuris vermicularis. Humans are the only natural host for this infection. Transmission occurs in people who are living in crowded environments and usually occurs within families. The worms are tiny, thread-like, and whitish. The worm is named after the characteristic pin-like tail present on the posterior part of female worms.

The medications used for the treatment of pinworm are mebendazole, pyrantel pamoate, and albendazole. All three of these drugs are to be given in 1 dose at first and then another single dose 2 weeks later. Pyrantel pamoate is available without prescription. The medication does not reliably kill pinworm eggs. Therefore, the second dose is to prevent re-infection by adult worms that hatch from any eggs not killed by the first treatment.Health practitioners and parents should weigh the health risks and benefits of these drugs for patients under 2 years of age.