By preventing pneumonia and other diseases, we are giving men, women and children the chance to live healthy productive lives and participate in the global economy. In doing so, we are not only enhancing their futures - we are enhancing our own - Mandy Moore 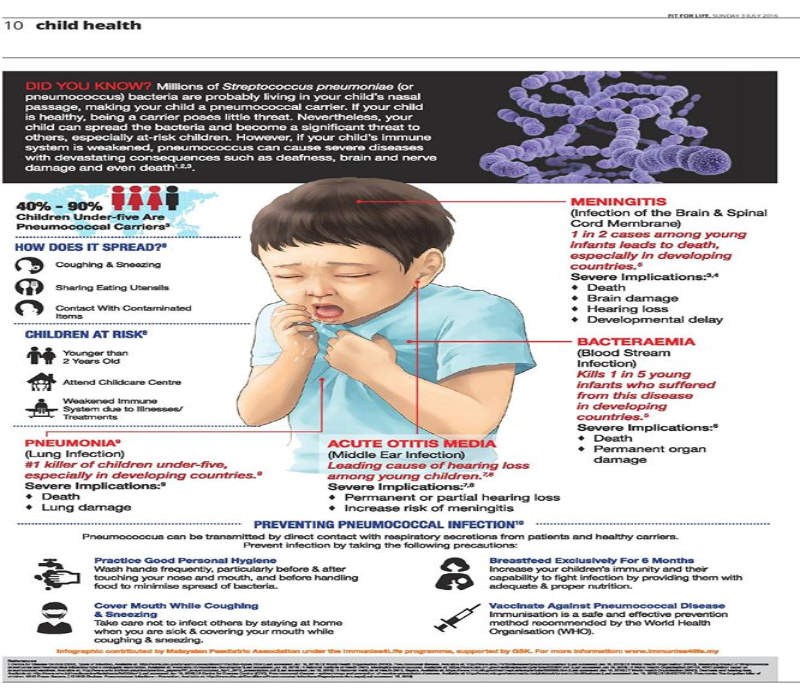 image by: The Star Online

To a pathogenic microbe, the human body is a foreboding environment filled with bacteriocidal immune cells ready to seek out and destroy foreign invaders. When a leukocyte detects the presence of pathogen-associated molecular patterns (PAMPs) present on the surface of pathogenic bacteria, it releases an array of cytokines, mounting an immune response and bringing about an abrupt end to the pathogen’s colonizing campaign.

However, as a testament to bacterial evolution, many species of bacteria have developed tactics to evade the host immune system. Such trickery includes hiding within the safety of host cells, releasing free antigens into the blood to inactivate antibodies, or coating…

We’ve discovered how these deadly bacteria use a common sugar to spread through the body. It could help us stop them

Although bacteria are single-celled and microscopically small, they still need energy to survive, just like us. One of the most efficient ways of acquiring energy for bacteria is through sweet, soluble carbohydrates: sugars. In fact, the keen ability of the deadly bacteria Streptococcus pneumoniae to use the plant-derived sugar raffinose may explain how it spreads through the human body.

Investing in the future of child survival: A pneumonia perspective

Pneumonia is the leading cause of child deaths worldwide, killing roughly 18 percent of children under age five. Multiple causes of pneumonia exist, but the most common and deadliest is the pneumococcus bacterium, responsible for close to half of the cases of pneumonia in children.

Pneumococcal Disease: Under the Pressure of Vaccination

Streptococcus pneumoniae (pneumococcus) infection, a serious global problem that is the leading cause of pneumonia and other life-threatening illnesses, is vaccine preventable.

Pneumococcal Prevention Gets Older and Wiser

Pneumococcus, or Streptococcus pneumoniae, the “captain of the men of death” in the parlance of Sir William Osler, has killed millions of people while repeatedly frustrating clinicians, vaccine experts, and epidemiologists.

The study of Streptococcus pneumoniae (the pneumococcus) had been a central issue in medicine for many decades until the use of antibiotics became generalized. Many fundamental contributions to the history of microbiology should credit this bacterium: the capsular precipitin reaction, the major role this reaction plays in the development of immunology through the identification of polysaccharides as antigens, and, mainly, the demonstration, by genetic transformation, that genes are composed of DNA—the finding from the study of bacteria that has had the greatest impact on biology.

Researchers from seven countries have collaborated to analyze how a single strain of Streptococcus pneumoniae bacteria has morphed over 30 years and spread across the world, in an attempt to overcome the development of antibiotics and vaccines.

Diseases caused by this bacterium are classified as pneumococcal diseases. This pathogen colonizes the nasopharynx of its host asymptomatically, but overtime can migrate to sterile tissues and organs and cause infections. Pneumonia is currently the most common pneumococcal disease. Pneumococcal pneumonia is a global health concern and vastly affects children under the age of five as well as the elderly and individuals with pre-existing health conditions.

The Double-Edged Sword Of A Nasal Bacterium

Researchers have found a known pathogen may help prevent pneumonia

The Pneumococcus: Epidemiology, Microbiology, and Pathogenesis

The pneumococcus is the classic Gram-positive extracellular pathogen. The medical burden of diseases it causes is amongst the greatest in the world. Intense study for more than 100 years has yielded an understanding of fundamental aspects of its physiology, pathogenesis, and immunity. Efforts to control infection have led to the deployment of polysaccharide vaccines and an understanding of antibiotic resistance.

Pneumococci are opportunistic Gram-positive pathogens found in about 10% of healthy people. To cause disease, it is not sufficient for them to evade the immune system; they must also outcompete other microbes seeking to occupy the same niche.

Pneumococcal pneumonia is more common than you think. And, if you're over 50, you may be at increased risk for getting it.

Stop Pneumonia is an that initiative provides a voice for communities who suffer from the devastating consequences of the disease and who lack access to lifesaving interventions.

Pneumococcal disease is a leading cause of serious illness throughout the world. It is caused by a common type of bacteria, the pneumococcus, which can attack different parts of the body. Illnesses caused by pneumococcus include pneumonia, meningitis, middle ear and sinus infections, and a condition called sepsis, which is an infection of the bloodstream.

Pneumococcal [noo-muh-KOK-uhl] disease is caused by a bacterium known as Streptococcus pneumoniae, or pneumococcus. Pneumococcal infections can range from ear and sinus infections to pneumonia and bloodstream infections. Children younger than 2 years of age are among those most at risk for disease. There are vaccines to prevent pneumococcal disease in children and adults.

Pneumonia caused by Pneumococcus is the most common form of infection occurring outside of a hospital or institutional setting in the U.S. Pneumococcus infection is responsible for over 6,000 deaths per year in the U.S.--the highest number for any vaccine-preventable disease. A serious complication of pneumonia, pneumococcal meningitis, is associated with a particularly high fatality rate.

Streptococcus pneumoniae is the bacterium that has historically been the most common pathogen to cause CAP worldwide. In the era before antibiotics, S. pneumoniae was estimated to be the cause of 95% of all cases of pneumonia. Currently, however, S. pneumoniae accounts for up to 15% of pneumonia cases in the United States and 27% of cases worldwide today. Blood cultures are positive in only 20% to 25% of all pneumonia cases that are caused by S. pneumonia making it a challenging diagnosis for the clinician.