Where in health am I? : Home / Health Cloud / Challenges / Infections / Respiratory / URI / Croup

Love and a cough cannot be hid - George Herbert 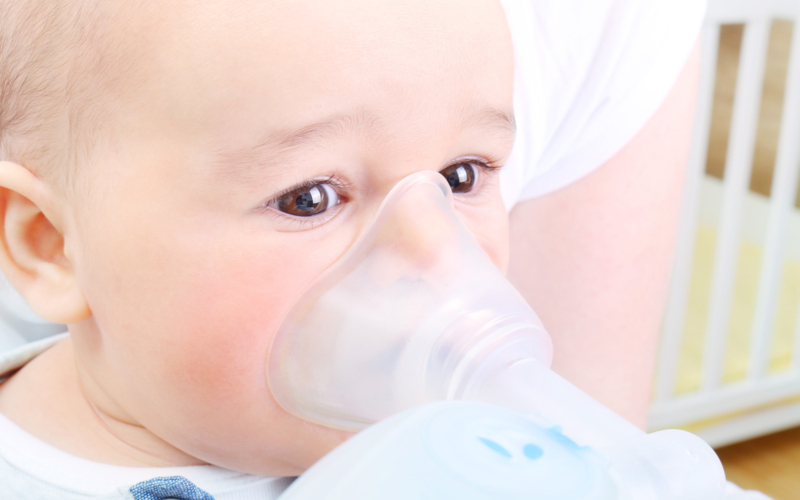 It’s frightening every time you hear it: that harsh, raspy cough that sounds like a seal barking. Chances are it’s croup— a common infection that’s usually nothing to worry about, but could be serious if you don’t know the warning signs. Here, find out what causes croup, the signs you should look for, and how you can help your little one feel better.

What is croup?
Croup is an infection of the upper airways that causes swelling of the larynx and trachea. That swelling causes an airway obstruction, which makes it difficult for air to go in and out and results in hoarseness and the signature barking cough.

Every year, about 6 in 100 children under the age…

I Thought My Kids Were Dying. They Just Had Croup

The old-fashioned-sounding illness is mostly harmless. So why does it cause so much parental panic?

When the Croup Strikes

For most parents, it's the harsh, barking cough—the one that sounds like their child has swallowed a sea lion—that frightens them about the croup. As bad as it sounds, though, this respiratory infection, which inflames the voice box and windpipe, is rarely cause for concern, says Gordon Schutze, a professor of pediatrics and a specialist on infectious diseases at Texas Children's Hospital and Baylor College of Medicine.

Briefs: All bark and no stridor

In many ways the management of sicker patients with suspected croup is more straightforward. Give them steroids early, let the patient protect their own airway and use inhaled racemic epinephrine. But what about the larger majority of kids that you might see in the ED (usually between 10PM and 4AM) who now have a barky cough and that’s it. Sure, maybe they had stridor at home, but not in the ED with you, where they are as happy as a clam watching Jake and the Neverland Pirates.

Croup symptoms are most often worse at night and can fluctuate rapidly depending on whether the child is calm or agitated.7 Typically, symptoms are short-lived, with about 60% of children having resolution of the barky cough by 48 hours and less than 2% having symptoms persisting for longer than 5 nights.

Croup, Stridor, and Your Toddler: What New Parents Need to Know to Breathe Easy

How many colds have you had in your life? Eleventy billion? That's still less than the average toddler. Little known scientific fact: Toddlers always have a cold. They get them from daycares and ball pits and playgrounds and terrorists. The big difference? A cold might mess up your week. But with infants and toddlers? Getting a common cold can get much worse, really fast.

Croup, better known by its formal name of laryngotracheobronchitis, causes subglottic inflammation and edema resulting in laryngeal obstruction and narrowing of the airways. The swelling at the cricoid ring (narrowest part of the pediatric airway) results in symptoms of airflow obstruction (stridor). Croup is most frequently seen in children age 6 months – 3 years. The most common etiology is parainfluenza although influenza, RSV, or adenovirus can also cause it. The peak incidence of croup is in the fall and winter months.

What The Croup?! 5 Home Remedies For This Sickness

Croup. It's right up there with RSV and hand, foot, and mouth disease in its ability to strike fear in the hearts of new moms and dads surviving on scant hours of sleep and strong coffee. Croup generally attacks in the dead of night when everyone is least prepared so arm yourself with knowledge about the illness and these time-tested home remedies.

It’s frightening every time you hear it: that harsh, raspy cough that sounds like a seal barking. Chances are it’s croup— a common infection that’s usually nothing to worry about, but could be serious if you don’t know the warning signs.

We all enjoy treating “fixable” problems. If you can couple that with simple diagnosis and the ability to bill Critical Care time (ok, perhaps that last criteria is a bit too jaded for our newest of residents), then you have a fun condition to manage in the ED. Croup fits all of those criteria perfectly. You are often able to make the diagnosis before you even enter the patient’s room by hearing the barking from down the hall. Most often you are able to administer simple and effective therapies and can see clinical improvement.

Croup is most common in children between the ages of 3 months and 5 years, although a child can get croup at any age. The illness shows up most frequently in the colder months – between October and March. Most cases of croup today are not serious, but a severe case can require hospitalization.

If your baby has croup, you’ll know. The barking cough is easy to recognise. Although it’s frightening to hear your baby cough like this, in most cases, it sounds worse than it is.

Most cases of croup are caused by viruses, usually parainfluenza virus and sometimes adenovirus or respiratory syncytial virus (RSV). Viral croup is most common — and symptoms are most severe — in children 6 months to 3 years old, but can affect older kids too. Some children are more prone to developing croup when they get a viral upper respiratory infection.

The cough and other symptoms of croup are the result of inflammation around the vocal cords (larynx), windpipe (trachea) and bronchial tubes (bronchi). When a cough forces air through this narrowed passage, the swollen vocal cords produce a noise similar to a seal barking. Likewise, taking a breath often produces a high-pitched whistling sound (stridor).

The breathing difficulties seen in croup can progress rapidly, turning into a life-threatening emergency. On rare occasions, a child must be rushed by ambulance into the emergency room because of serious breathing problems. Signs of serious trouble include swallowing difficulty, nonstop drooling, bluish discoloration of the skin or lips, sucking in of the chest, and rapid breathing (over 80 breaths per minute).

Croup is typically much worse at night. It often lasts 5 or 6 nights. The first night or two are most often the worst. Rarely, croup can last for weeks. Talk to your child's doctor if croup lasts longer than a week or comes back often.

As with coughs, colds, flu, and other similar viral infections, there is a chance that you can pass on the infection. In particular, if you are in close contact with others. Croup often occurs in outbreaks or epidemics in the winter.

What should you do when your baby or toddler suddenly wakes up in the night gasping for breath and barking like a seal? Don't panic. Your little one probably has croup — a treatable, common childhood illness.