Where in health am I? : Home / Health Cloud / Challenges / Infections / STIs / Chlamydia

Don’t have sex...You will get chlamydia. And die - Coach Carr, Mean Girls 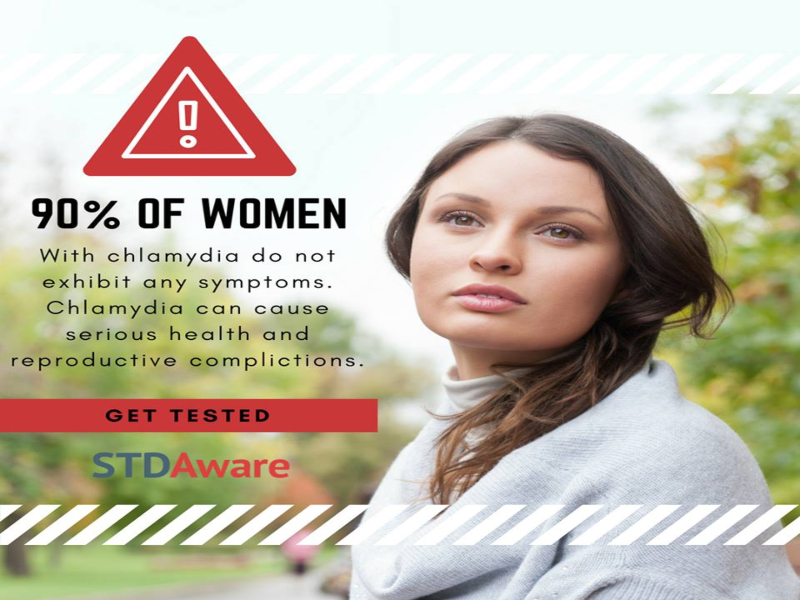 Column: I got chlamydia (but definitely didn’t die)

Amanda Bynes does a great shrill scream, and in the film “Easy A," you can see her at her shriek-iest best when her character discovers that her boyfriend has a sexually transmitted infection.

“Chlamydiaaaaa?!?!?” She bellows furiously about 58 minutes into the film, in a tone of terror that’s unable to accurately represent with mere question marks and exclamation marks (though maybe that screaming emoji could work).

It’s a great scene in a great movie, but I’d never given it much thought until one cold, rainy March morning when I was standing outside the Arts and Science building, a few days after I’d gone to the doctor for what I thought was a yeast infection.…

Just Diagnosed? Next Steps After Testing Positive for Gonorrhea or Chlamydia

If you’ve just found out that you have gonorrhea or chlamydia, you may be trying to figure out what to do next. Here are the three most important steps that you can take...

So we shouldn’t freak out too much—at least not about chlamydia. While 1.4 million cases sounds like a lot, chlamydia is easily treated, and only saw a 0.7% increase between 2011 and 2012. Syphilis and gonorrhea, the two other notifiable STDs presented in the report, are much more worrisome. (HIV data are dealt with separately.)

Everything You Need to Know About Chlamydia

Chlamydia. Just the name sounds ominous, doesn't it? Like some alien creature from a 1950s cult film. Your main reference point for chlamydia might even be that hilarious (but disturbing) sex ed lesson from the Tina Fey comedy Mean Girls. "You're going to want to take off your clothes, and touch each other," the teacher warned. "But if you do touch each other, you will get chlamydia... and die."

GC and Chlamydia: Update on Testing and Treatment

“Welcome to Norway! The Land of Chlamydia”

Drawing attention to the prevalence of a sexually transmitted disease (STD) probably doesn’t feature on any tourist board’s game plan. The Norwegian tourist board is therefore, unsurprisingly, battling with convenience store chain 7-Eleven over its “Welcome to Norway! The Land of Chlamydia” campaign.

BC researcher closing in on Chlamydia vaccine

Chlamydia is one of the most widespread sexually transmitted bacterial diseases in the world, causing an estimated 92 million infections globally per year, with over 11,000 infections last year in BC alone.

Chlamydia is a 'cunning' STI that easily evolves into new strains, discover scientists

Chlamydia - the world's most common sexual infection - is a more cunning and highly evolved bacterium than thought, scientists say.

Chlamydia rates in the US are skyrocketing

According to a report published by the US Centers for Disease Control (CDC) on Wednesday (Oct. 19), the three most commonly reported sexually transmitted infections (STIs) in the US were at record-high levels in 2015. There were roughly 1.5 million cases of chlamydia—”the highest number of annual cases of any condition ever reported to CDC...

In the midst of record-high rates of sexually transmitted infections (STIs or STDs), a new industry-sponsored survey finds that many of those at high risk for STDs are not getting tested—and don’t seem to think they need to.

Chlamydia, Herpes And Other STIs: The Fifty Shades Effect

STDs such as chlamydia and herpes have increased among over-50s thanks to the so-called 'Fifty Shades effect' making us more sexually experimental -- without using a condom.

Chlamydia, the Silent STD That Can Cause Infertility

One of the biggest frustrations in public-health circles today involves a tiny bacterium called Chlamydia trachomatis.

Chlamydia: The Broken Collarbone of the STI World

Chlamydia is a sexually transmitted bacterial infection caused by Chlamydia trachomatis that primarily affects young people under age 25 - and boy howdy, does it. In fact, recent surveillance data has suggested that 1 in 15 girls between 14 and 19 has chlamydia - which is kind of awful, if you ask me.

New research has found than more 300,000 Australians are living with a chlamydia but more than three quarters of them have no idea that they are infected. It's a staggering figure considering the infection can be prevented for less than $10 and cured with one pill.

Experts say STD screening should be introduced more widely if it improves sexual health but parents have criticised existing schemes.

How to handle a koala-chlamydia epidemic

In 2015, I went to Australia to collect koala poo, which can teach us about their complex microbiome. Bacteria in their guts break down toxic tannins in the eucalyptus leaves they eat. We think one reason the babies eat their moms’ poo is to acquire microbes that will give their own system toxin-degrading powers. But I wanted to know for sure.

Most common STD declines for first time in decades

For the first time in three decades, the nation's most common sexually transmitted disease is a little less common.

Chlamydia is caused by bacteria and is the most commonly reported STD in the United States, but infected people often do not have symptoms, according to the CDC. If left untreated, chlamydia infections can cause pelvic inflammatory disease, infertility and ectopic pregnancy in women.

Most college students have had at least some formal education regarding sex and sexually transmitted infections/diseases (STIs/STDs). But along our sexual careers, we often forget a lot of the information they taught us in 8th grade Sex Ed

The STD You May Have and Not Even Know It

No wonder chlamydia has been nicknamed the silent stalker: After analyzing the latest data, the Centers for Disease Control estimates that more than one in 100 U.S. adults currently have this sexually transmitted disease. That works out to 1.8 million cases—yet only 1.4 of those have been reported. In other words, 400,000 people may have it and be clueless about the risk it poses to themselves and their partners.

You Can Get Your Partner Chlamydia Meds, Too

Chlamydia and gonorrhea differ from viral STIs like herpes and HPV because they can be treated with basic antibiotics: Take a round of meds, it's gone (with some noteworthy exceptions, of course). But it takes two to tango, and if only one-half of a sexual partnership gets treated, it can lead to an easily preventable cycle of reinfection.

Column: I got chlamydia (but definitely didn’t die)

Amanda Bynes does a great shrill scream, and in the film “Easy A," you can see her at her shriek-iest best when her character discovers that her boyfriend has a sexually transmitted infection.

The National Chlamydia Coalition (NCC) convened in 2008 to address the high burden of chlamydia in adolescents and young adults by promoting equal access to comprehensive and quality health services.

The National Chlamydia Screening Programme (NCSP) in England was established in 2003 with the following objectives: 1.Preventing and control chlamydia through early detection and treatment of infection; 2.Reduce onward transmission to sexual partners; 3.Prevent the consequences of untreated infection; 4.Ensure all sexually active under 25 year olds are informed about chlamydia, and have access to sexual health services that can reduce risk of infection or transmission; 5.Normalise the idea of regular chlamydia screening among young adults so they expect to be screened annually or when they change partner.

Chlamydia is a common STD that can infect both men and women. It can cause serious, permanent damage to a woman's reproductive system, making it difficult or impossible for her to get pregnant later on. Chlamydia can also cause a potentially fatal ectopic pregnancy (pregnancy that occurs outside the womb).

Most people who have chlamydia don’t notice any symptoms and so they don’t know they have it. Research suggests that 50% of men and 70-80% of women don’t get symptoms at all with a chlamydia infection.

Most people who have chlamydia don’t notice any symptoms, and so don't know they have it. Research suggests that 50% of men and 70-80% of women don't get symptoms at all with a chlamydia infection.

No symptoms occur in around 7 in 10 infected women and 5 in 10 infected men. Also, you may not have any symptoms until several weeks (or even months) after coming into contact with chlamydia.

Chlamydia and gonorrhea (another sexually transmitted infection) cause similar signs and symptoms, including discharge from the penis or vagina and pain with urination. However, chlamydia usually causes no symptoms. In addition, chlamydia can cause serious long-term complications in women who are not treated. Fortunately, chlamydia is curable with antibiotic treatment.