Where in health am I? : Home / Health Cloud / Challenges / Infections / TB / TB Screening 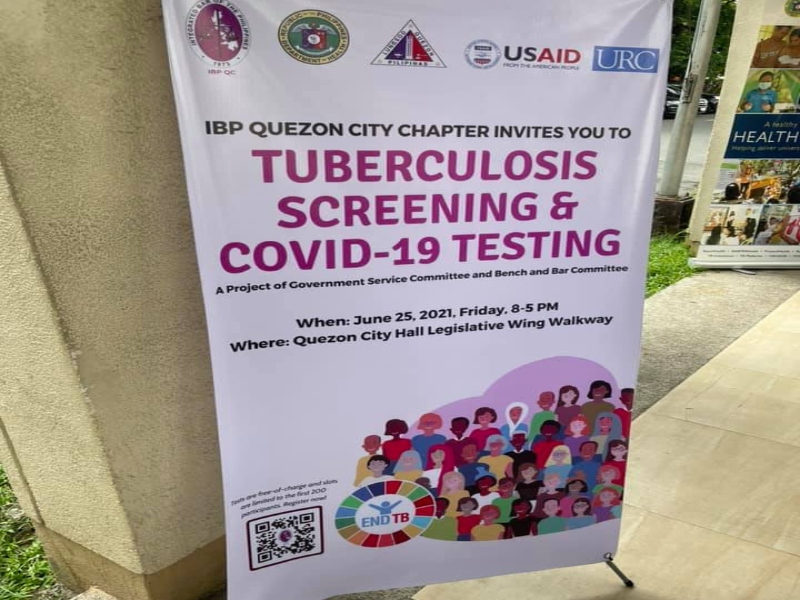 Two screening test options are available to determine if a person is infected with the TB bacteria: the tuberculin skin test (TST) and the TB blood test.

Development of the TST began with Clemens von Pirquet, an Austrian-born scientist and physician who began using a small amount of isolated TB bacteria and scratching it into the skin to observe for a reaction. Expanding on the work of von Pirquet, Charles Mantoux developed the TST, which has remained, the standardized screening test for TB since 1907. The TST has also been called the Pirquet skin test, the Mantoux skin test, and the tuberculin sensitivity test.

TST can be administered the same day as live virus vaccinations.…

In rural India and other places where tuberculosis is rampant, A.I. that scans lung X-rays might eliminate the scourge.

QuantiFERON-TB Gold Plus (QFT-Plus) is a major scientific advance over the 100-year-old TB skin test (TST), providing greater accuracy and a more reliable result in a single patient visit.

Every TB test result is a ‘moment of truth’. If it’s positive, then you’ve begun the process of fighting it. You can protect the patient and the wider community from a deadly risk. If it’s negative, there may be no need for powerful antibiotics – and the patient is cleared to live and work closely with others. With so much at stake, positive or negative, what’s vital is getting a result people can trust.

Neither TST nor IGRAs have a high accuracy for predicting active TB. Neither IGRAs nor TST can distinguish active TB from LTBI. TST will continue to be clinically useful in low and high TB endemic areas until more accurate and predictive tests will become available.

Interferon-Gamma Release Assays versus Tuberculin Skin Testing for the Diagnosis of Latent Tuberculosis Infection: An Overview of the Evidence

We conclude that both tests are accurate to detect latent tuberculosis, although interferon-gamma release assays have higher specificity than tuberculin skin testing in BCG-vaccinated populations, particularly if BCG is received after infancy. However, both tests perform poorly to predict risk for progression to active tuberculosis.

There are tests which can diagnose TB. There are also tests to find out if someone has TB bacteria that are susceptible to TB drug treatment.

A Three-Way Comparison of Tuberculin Skin Testing, QuantiFERON-TB Gold and T-SPOT.TB in Children

Although a high level of agreement between the IGRAs was observed, they are commonly discordant with the TST. The correct interpretation of a negative assay in a child with a positive skin test in clinical practice remains challenging and highlights the need for longitudinal studies to determine the negative predictive value of IGRAs.

Fast, Cheap Testing for Tuberculosis? Soon It May Be Possible

Diagnosing a lung disease like tuberculosis with a urine test may seem illogical, but a group of American researchers is now a step closer to that goal. Scientists at George Mason University have improved by at least 100 times the accuracy of testing for a sugar shed by tuberculosis bacteria, meaning that a simple dipstick urine test may soon become possible.

Importance of Screening For Tuberculosis Infection in the Ob/Gyn Community

Because of the low incidence of TB in the United States, community-based screening is not currently indicated. Several high-risk groups commonly seen in ob/gyn practices, however, should receive a TB screen.

Researchers at Tulane University School of Medicine have developed a highly sensitive blood test that can find traces of the bacteria that causes tuberculosis (TB) in infants a year before they develop the deadly disease, according to a study published in BMC Medicine.

The primary objective of screening is to ensure that active TB is detected early to reduce the risk of poor disease outcomes and the adverse social and economic consequences of the disease, as well as help reduce TB transmission.

This startup changes the way we detect Covid-19, TB

Qure.ai, a Mumbai-based startup, has given a shot in the arm for healthcare globally. It uses the historical data of chest X-rays to detect pulmonary-related diseases using A.I. tools.

Simultaneous testing with both TST and IGRA is not recommended. Neither test can discriminate between LTBI, TB disease, and treated infections.

There are two types of TB tests used for screening: a TB skin test and a TB blood test. These tests can show if you have ever been infected with TB. They don't show if you have a latent or active TB infection. More tests will be needed to confirm or rule out a diagnosis.

The tuberculin skin test (TST) and the interferon-gamma release assay (IGRA) are the current methods for screening and are based on the measurement of adaptive host immune response.