To stop the next pandemic, we need to unravel the origins of COVID-19 - David A. Relman 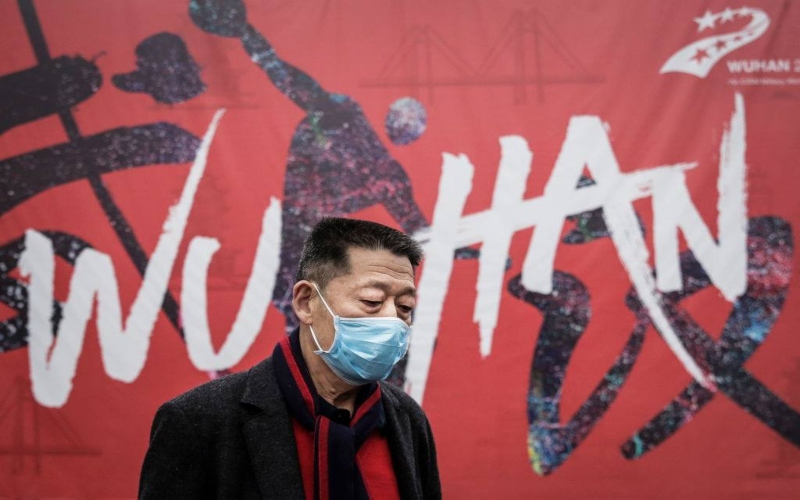 On 30 December 2019, the Program for Monitoring Emerging Diseases notified the world about a pneumonia of unknown cause in Wuhan, China. Since then, scientists have made remarkable progress in understanding the causative agent, severe acute respiratory syndrome coronavirus 2 (SARS-CoV-2), its transmission, pathogenesis, and mitigation by vaccines, therapeutics, and non-pharmaceutical interventions. Yet more investigation is still needed to determine the origin of the pandemic. Theories of accidental release from a lab and zoonotic spillover both remain viable. Knowing how COVID-19 emerged is critical for informing global strategies to mitigate the risk of future outbreaks.

Lancet Report Claiming COVID Could Have Come From U.S. Lab Met With Uproar

A new report from the top medical journal says it’s “feasible.” But critics have a few concerns.

The Origins of Covid-19 Are More Complicated Than Once Thought

Scientists used painstaking research, genomics, and clever statistics to definitively track two distinct strains of the virus back to a wet market in Wuhan.

The Lab-Leak Theory: Inside the Fight to Uncover COVID-19’s Origins

Throughout 2020, the notion that the novel coronavirus leaked from a lab was off-limits. Those who dared to push for transparency say toxic politics and hidden agendas kept us in the dark.

The Lab-Leak Hypothesis For decades, scientists have been hot-wiring viruses in hopes of preventing a pandemic, not causing one. But what if …?

What happened was fairly simple, I’ve come to believe. It was an accident. A virus spent some time in a laboratory, and eventually it got out. SARS-CoV-2, the virus that causes COVID-19, began its existence inside a bat, then it learned how to infect people in a claustrophobic mine shaft, and then it was made more infectious in one or more laboratories, perhaps as part of a scientist’s well-intentioned but risky effort to create a broad-spectrum vaccine. SARS-2 was not designed as a biological weapon. But it was, I think, designed.

U.S. spy agencies are about to report on COVID-19’s origins, but don’t hold your breath.

A Different Theory of COVID-19’s Origin

Alina Chan is a postdoctoral fellow at the Broad Institute of MIT and Harvard, and a genetic engineer who began doing some of the most controversial research into the coronavirus from her home. It started with the virus’s genetic blueprint: She’d studied SARS-CoV-1, which spread to humans back in 2003 and is closely related to the newer virus. What stood out to Chan was that it looked like the new coronavirus, SARS-CoV-2, wasn’t having to adapt to spread like SARS-CoV-1 did, and she couldn’t figure out why. Chan typed up her findings and included scenarios that could explain them, including the possibility that a non–genetically engineered virus was grown in a lab and accidentally spilled. Her paper never claimed that the lab leak was the only explanation for the pandemic—just one that deserved consideration.

Are We Ever Going to Find Out COVID’s Origin? History Has Some Clues.

“This is a long and quite possibly fruitless effort, yet it is an essential one, both to understand this pandemic and to better strategize how to prevent the next one.” Angela Rasmussen,

China did 'little' to hunt for Covid origins in early months, says WHO document

Chinese officials did “little” in terms of epidemiological investigations into the origins of the Covid-19 pandemic in Wuhan in the first eight months after the outbreak, according to an internal World Health Organization document seen by the Guardian.

Talk of ‘gain-of-function’ research, a muddy category at best, brings up deep questions about how scientists should study viruses and other pathogens.

New WHO panel calls for more studies of different possibilities, including lab-leak scenario.

If the Lab-Leak Theory Is Right, What’s Next?

We know enough to acknowledge that the scenario is possible, and we should therefore act as though it’s true.

Opinion: To stop the next pandemic, we need to unravel the origins of COVID-19

What’s even more troubling is that despite the critical importance of this question, efforts to investigate the origins of the severe acute respiratory syndrome coronavirus 2 (SARS-CoV-2) virus and of the associated disease, coronavirus disease 2019 (COVID-19), have become mired in politics, poorly supported assumptions and assertions, and incomplete information.

Origin story: what do we know now about where coronavirus came from?

When Chinese scientists alerted colleagues to a new virus last December, suspicion fell on a Wuhan market. What have health officials learned since then?

Let me be clear. While I do believe that a lab incident is the most likely origin of the pandemic, this is only a hypothesis. That this pandemic might stem from a zoonotic jump in the wild is also a hypothesis, even though very little evidence supporting that hypothesis has so far emerged. When comparing the evidence for each possibility, the case for a lab incident origin seems significantly stronger to me.

The signatories include highly regarded scientists who are actively involved in studying SARS-CoV-2, the virus causing the pandemic, such as Jesse Bloom, a computational biologist at the Fred Hutchinson Cancer Research Center in Seattle; Ralph Baric, a coronavirus researcher who has collaborated with scientists at the Wuhan Institute of Virology in China, the institution at the center of debate over the lab hypothesis; and David Relman, a microbiologist and immunologist at Stanford University School of Medicine. The letter is the latest and one of the most visible pushes for a more rigorous investigation into the origin of the pandemic following the WHO-led team’s report.

Understanding Where Coronaviruses Come From And How They Enter Humans

All it took was one coronavirus to turn the world upside down. But how many more are out there, lurking in animals? And what's the chance they could jump into people and trigger another outbreak?

We May Never Know the Full Story of COVID-19

Grit plus luck was sufficient to break open the SARS story. I doubt the same will be true for COVID-19.

We still don’t know the origins of the coronavirus. Here are 4 scenarios.

The search continues for the origins of the virus that causes COVID-19—and the pathway that it took to leap from animals to humans, wreaking havoc across the globe, infecting more than 129 million people, and killing more than 2.8 million.

Scientists have generally concluded that it resembles naturally occurring viruses. But they are paying more attention to other possibilities.

Yet since the World Health Organization (WHO) declared Covid-19 to be a pandemic, concrete origins of SARS-CoV-2 haven’t yet emerged. Though scientists are uncertain about its animal origins, they also haven’t been able to rule out the possibility that SARS-CoV-2 came from somewhere elsewhere—namely, that it’s an escaped specimen from a lab studying dangerous pathogens.

it was Chinese doctors, scientists, journalists, and citizens who shared with the world crucial information about the spread of the virus—often at great personal cost. We should show the same determination in promoting a dispassionate science-based discourse on this difficult but important issue.

... the theory that the virus originated at the Wuhan Institute of Virology, which studies coronaviruses, is no longer shunned as a conspiracy and is gaining more traction among scientific communities calling for further inquiry.

A group of scientists and others who are critics of the W.H.O. team report want a broader investigation into the potential sources of the coronavirus pandemic, and a review of lab security in handling viruses.

Some are trying to turn the lab-leak theory into a potent political weapon.

Before COVID-19, few scientists would have pegged the city of Wuhan, in temperate central China, as a likely starting point for a global coronavirus pandemic. Its climate and fauna don't fit the bill. But the city of 11 million straddling the Yangtze River is home to some of China's most advanced biological research laboratories. And one of the secretive, state-run institutions, the Wuhan Institute of Virology, is known to conduct experiments on the kind of virus that has killed nearly 3 million people worldwide so far since late 2019.

WHO-convened Global Study of the Origins of SARS-CoV-2 (including annexes).