New vaccines are falling short of the spectacular expectations set by Pfizer and Moderna. The world still needs them - Sarah Zhang 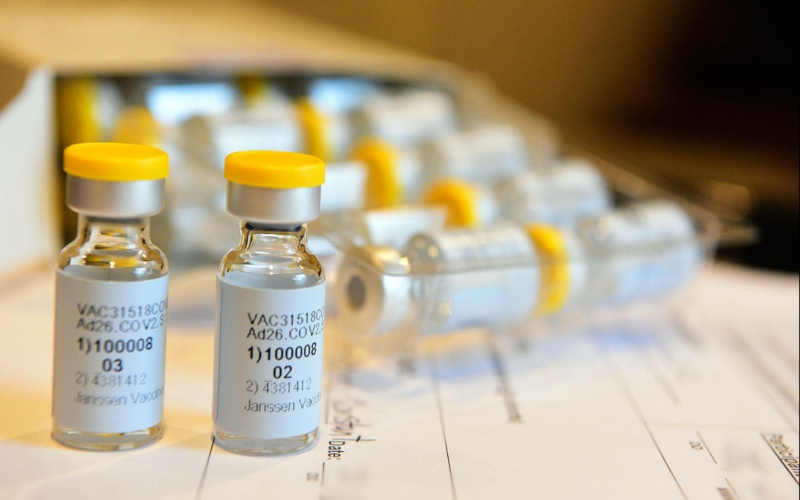 When Pfizer and Moderna reported data late last year, we were looking to see whether the vaccine candidates could handle the original strain of the coronavirus. Both proved to be more than 94% efficacious. Johnson & Johnson -- and others reporting now and in the future -- are in a different situation. Their vaccines came up against the new variants as well. But, like Pfizer and Moderna, these companies designed their vaccines to target the original virus. All of this means we shouldn't be surprised if its efficacy is lower than that of Pfizer and Moderna.

Pfizer and Moderna recently tested their vaccines in vitro and said they can prevent the new strains. But we don't have an efficacy readout from a clinical trial setting. That makes it difficult to perfectly compare Johnson & Johnson's vaccine performance to that of Pfizer and Moderna in today's coronavirus situation.

So, let's turn our focus back to Johnson & Johnson alone. Considering the increase in variants during the time of the pivotal trial, I think that the vaccine candidate produced decent results.

From "decent" to "pretty strong"

But there's another element of the Johnson & Johnson vaccine that is particularly compelling: It involves only one dose. The Pfizer and Moderna vaccines are both administered in two-dose regimens. Novavax's (NASDAQ:NVAX) close-to-market candidate is also a two-dose shot. That means Johnson & Johnson produced these decent results with only one jab. So, instead of saying the results are "decent," we might want to say they're pretty strong.

What's so great about a one-dose vaccine? For those of us holding out an arm, it means one uncomfortable jab instead of two. Most people would appreciate that. And it's even better for governments and hospital systems. Vaccine supply and distribution have been a problem. Many people who've received one dose of vaccine worry more doses won't arrive in due time for the second shot. With a one-dose vaccine, more people can be fully vaccinated with a given supply of product. And of course, storage and transportation become easier to tackle too...

Johnson & Johnson applied for Emergency Use Authorization (EUA) on Feb. 4. The company said it will be ready to distribute doses immediately following a possible EUA. If the company's timeline is anything like that of Pfizer and Moderna, its vaccine may be on the market as early as March.

A look into the future

Right now, the world needs more doses than Pfizer, Moderna, and Johnson & Johnson could produce. So all three can thrive in this market. But down the road, once the pandemic is over, Johnson & Johnson's one-dose vaccine could gain in market share -- and even become the market leader...

Several independent researchers said the finding would probably support giving people boosters with the Johnson & Johnson vaccine. But they noted that with 17 volunteers, the study was relatively small. In addition, the study does not appear to have tested whether the increased antibodies would necessarily translate into increased protection in the real world.

Guillain-Barré and Vaccines: What You Need to Know

The link between the rare neurological disorder and the Johnson & Johnson Covid-19 vaccine may be real, but the risk appears to be very small.

Johnson & Johnson Vaccine And Blood Clots: What You Need To Know

So how worried should you be about these rare cases? And how would you know if you might be at risk? We have answers.

Everything you need to know about Johnson & Johnson’s COVID vaccine

The most recent vaccine to publish promising results works a little differently from the rest.

The J&J vaccine recipients who experienced the rare clotting condition were diagnosed with cerebral venous sinus thrombosis, or CVST, which involves the formation of clots within large blood vessels in the brain. That was accompanied by a drop in platelet levels.

J&J one-dose Covid vaccine is 66% effective, a weapon but not a knockout punch

Johnson & Johnson said Friday that its single-dose Covid-19 vaccine reduced rates of moderate and severe disease, but the shot appeared less effective in South Africa, where a new coronavirus variant has become common. Overall, the vaccine was 66% effective at preventing moderate to severe disease 28 days after vaccination. But efficacy differed depending on geography.

Why Even a 66 Percent Effective Vaccine Is Such Good News

The exact efficacy might not matter as much as the increased ease of distribution.

If you dive deeper into the data, then we get to what is really important. It's 66% overall on the globe, but what is happening at the moment is there is a very challenging time of huge number of infections, as well as different variants running through the world. You have U.K. variant, the Brazil, the South African variant. And what we learn is that some of that has significant effects on efficacy.

Another Promising Vaccine, This One From Johnson & Johnson

But new variants pose an undetermined threat. The flu-vaccine system can be a model for regulators.

How the Johnson & Johnson Vaccine Works

The level of protection, though, varied in different regions: 72 percent in the US, 66 percent in Latin America, and 57 percent in South Africa.

The vaccine’s efficacy rate dropped from 72 percent in the United States to just 57 percent in South Africa, where a highly contagious variant is driving most cases.

The vaccine’s design is similar to the Oxford/AstraZeneca one. It focuses on a particular part of the coronavirus that we think triggers a protective immune response – the spike protein, which sticks up on the virus’s surface. The genetic code for just the coronavirus’s spike protein has been put into a harmless strain of another virus – an adenovirus, called Ad26 – which has been altered so it can’t cause disease. It can, though, still get inside our cells. When it does, the cell reads the genetic code for the spike protein and produces lots of copies of the protein. The immune system then mounts a response to these.

What’s the Use of a Pretty Good Vaccine?

New vaccines are falling short of the spectacular expectations set by Pfizer and Moderna. The world still needs them.

Three weeks can feel like an eternity during the pandemic, with hospitals crowded and deaths still climbing. It’s easy to be flip about the process and want things to Just. Go. Faster. But the 22 days is not that much longer than the 20 days the agency took to review data for Pfizer/BioNTech’s vaccine or the 17 days for Moderna’s candidate.

Johnson & Johnson's Vaccine Is Less Effective Than Rivals. Here's Why It Could Still Win Big

When Pfizer and Moderna reported data late last year, we were looking to see whether the vaccine candidates could handle the original strain of the coronavirus. Both proved to be more than 94% efficacious. Johnson & Johnson -- and others reporting now and in the future -- are in a different situation. Their vaccines came up against the new variants as well. But, like Pfizer and Moderna, these companies designed their vaccines to target the original virus. All of this means we shouldn't be surprised if its efficacy is lower than that of Pfizer and Moderna.

There are several reasons for doing the pause. One is just to investigate it. What’s going on? Is this what’s happening with the AstraZeneca vaccine? Does that mean this is how we should treat it?