A woman’s health is her capital - Harriet Beecher Stowe 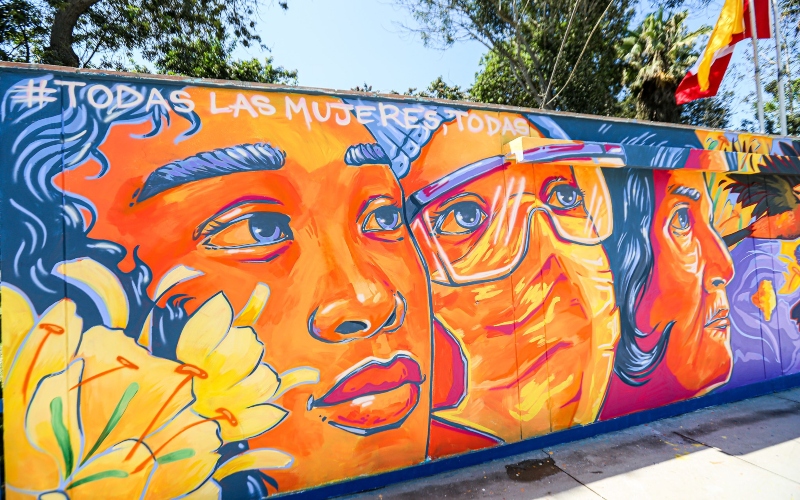 As I was writing this, my virtual kindergartner flung open the door to my “office” without knocking. “I’m on a break,” she declared, the first of five in her school day. I knew she expected me to navigate away from my Google doc and over to YouTube, where I’d open a video of Daddy Yankee’s “Con Calma” so we could dance along. We follow the choreography of an animated moose and panda boogying amid neon fruits on most mornings, but today my plan had been to get some work done.

What is my work? I continue to call myself a writer, though I do very little writing. Last year, I pushed my second book’s deadline back a few months, then a full year. I feel my chances of making money, staying relevant, or completing a project evaporate like sanitizer from my chapped hands. I have essentially dropped out of the workforce and been absorbed into housework and caring for my children, where there are no wages, no protections, no upward path, just a repetitive circle. I am by no means alone.

“Can we unionize mothers?” I ask my husband, a labor organizer who helps rideshare drivers fight for basic workers’ rights. “How about women?” I am only half joking.

He looks at me over his reading glasses. “Who would you bring your demands to?”

Every month ushers in another report from the Bureau of Labor Statistics detailing how the pandemic is pushing people — women overwhelmingly, most of them Black and brown, millions of them mothers — out of the workforce. The recession has decimated jobs in sectors dominated by female workers of color: service and hospitality. Each report triggers an avalanche of stories with headlines such as “Women Are Not Okay.” Reading them feels torturous but necessary.

According to the National Women’s Law Center, women have lost 5.4 million jobs since the pandemic began. Not only are their jobs vanishing, but women, faced with adding caretaking and virtual-schooling duties to their professional responsibilities, are quitting. Nearly 2.1 million women have left the labor force entirely since February, meaning they are no longer looking for employment and no longer counted in unemployment statistics. Those women may seem as if they’re making a choice to step back, but as often as not, the choice isn’t really one. It’s not a choice to care for your children when schools are closed and child care costs as much as your take-home pay. Experts call that kind of rock-and-a-hard-place calculus “constrained choice” even as they acknowledge that the term is inadequate.

The pandemic has revealed how vulnerable we all are — just one errant droplet away from illness and disability. But just as Black and brown people are more threatened by the virus, they are also more threatened by a scarcity of work. Black women and Latinas had higher rates of unemployment before the pandemic; in February 2020, 2.8 percent of white women were unemployed, compared with nearly 5 percent of Latinas and Black women. In December, those rates nearly doubled, but the impact of unemployment isn’t always equally felt. Black women, for instance, are more than two times as likely as white women to be the breadwinners of their families. What do you do when work is impossible but the loss of work is catastrophic?

The reports and articles undo me. Not because the numbers are surprising but because they don’t even begin to tell the whole story.

In pushing my book back, I delayed a payment of close to $30,000 — what would have been the bulk of my income for 2020. I take freelance assignments to make up for lost earnings, but the work is piecemeal and won’t come close to the amount I expected. I have far less time to work, and the time I put into freelance is time I cannot put into writing the book.

I don’t need to look beyond my own circle to find women in similar predicaments: a small business of custom leather bags put on hold in order to homeschool, a mother laid off during maternity leave from her job as the finance director of a large restaurant group, an online elementary-school teacher who wants nothing more than to sit next to her students and read.

What we’ve lost — and all the accompanying grief — can’t be captured by numbers: It’s individual, nuanced, and ever changing. It will take years for women to fully return to the workforce, likely to lower wages. The damage will be long term.

Yet I hold on to a flicker of hope that American life is still up for grabs, that we can demand more from it. I, like many others, believe we can have family leave and affordable child care and still pay mothers — all people — a basic income. The past year has broken me, but in that wreckage I’ve found a deeper sense of self and my priorities.

I am a woman of color, a writer, a mother. I struggle with the very gendered fact that I am dependent on my husband’s salary, and I worry that it may take me a lifetime to undo the false notion that my work is somehow less valuable. I used to think ambition — the desire to be efficient and exceptional, to prove my worth — was a force that came from within. I wondered when mine would show up already. But that idea, like the blurry days of the past year, is long gone.

When I was younger, I remember hearing that my generation, X, would be the first to do “worse” than our parents. We would make less money. Why “worse”? I wondered then — and still wonder now. I was raised by immigrants who came to America with very little and worked their way into the middle class. It feels shameful to admit that I don’t have the desire to hustle up the same ladder. My daughters will have fewer financial resources than I did, but I already know I have given them more of a sense of self and confidence and community than my parents, who spent years just surviving, were able to give me. Is “worse” really the right way to describe either situation?

Besides, I like a chiller vibe. I always have. As kids, my brothers and I were set loose in the forest behind our house to climb trees, but I’d find a patch of moss, soft as carpet, and lie down to read instead. I try to sleep at least eight hours a night. I take several breaks a day to dance and move my body and let it work out the stuff my brain can’t. I like being able to drop whatever I’m doing to comfort my daughters, to hold their hands as we watch Into the Spider-Verse for the hundredth time. I make sure my husband takes all his annual personal days; we roll nothing over. I work hard and do not want to work harder. I’m less concerned with getting ahead than I am with all of us getting by. Downward mobility was an inevitable fact of my life; the pandemic has merely increased its velocity. I am fortunate to have a place to move down from.

How is COVID-19 affecting women and girls?

COVID-19 is disproportionately impacting women and girls around the world. In times of crisis, violence against women and girls increases, this is true for the COVID-19 pandemic. Women are hit harder by economic fallout. Women are placed at increased risk of infection, making up 70% of the global health workforce.

The Guardian view on women and the pandemic: what happened to building back better?

Around the world, coronavirus has both highlighted and worsened existing inequalities

What Do Women Want? For Men to Get Covid Vaccines.

Women are getting vaccinated at a far higher rate — about 10 percentage points — than men, even though the male-female divide is roughly even in the nation’s overall population. The trend is worrisome to many, especially as vaccination rates have dipped a bit recently.

Women and the Pandemic

COVID-19 has made it impossible to deny the ways broken systems hurt women. TIME spoke with women who have found the strength to work toward a better future.

Women in science who are making a difference during the pandemic

By now, every corner of the world has felt the devastating impact of the pandemic, and women and girls in science are on the front lines of response. They are healthcare workers and innovators. They are researching vaccines and pioneering treatments. They are leading us toward a safer world, and inspiring the next generation of girls to be forces of good in science and tech.

Why are women more prone to long Covid?

While men over 50 tend to suffer the most acute symptoms of coronavirus, women who get long Covid outnumber men by as much as four to one

COVID-19 doesn’t strike the sexes equally. Globally, for every 10 COVID-19 intensive care unit admissions among women, there are 18 for men; for every 10 women who die of COVID-19, 15 men die. In the United States, a gender gap is emerging in vaccination rates, with women ahead of men by 6 percentage points, according to the Centers for Disease Control and Prevention. And rare adverse effects from the AstraZeneca vaccine appear to strike women more frequently, whereas those from the Pfizer-BioNTech and Moderna vaccines more often affect young men.

The data we do have has shed fresh light on gender equality and unequal experiences of COVID-19. The main challenge now will be to harness this new data and analysis and translate it into policy actions that lead us out of the crisis stronger and better prepared for the future.

How COVID-19 is impacting women

Even before COVID-19, women were playing on an uneven field. Now the pandemic is making everything worse. Women have been losing their jobs at higher rates than men. They are disproportionately represented in hourly jobs that don’t offer paid sick leave. And women of color are more likely to be risking their own health as frontline workers.

How Women are Getting Squeezed by the Pandemic

The virus has exposed gender fault lines in myriad ways. Nahla Valji, senior gender adviser at the UN, unpacks them.

Pandemic Will ‘Take Our Women 10 Years Back’ in the Workplace

Improvements in gender equality in the workplace may be another casualty of the coronavirus, as women find their place in the work force more at risk.

The Coronavirus Is a Disaster for Feminism

Enough already. When people try to be cheerful about social distancing and working from home, noting that William Shakespeare and Isaac Newton did some of their best work while England was ravaged by the plague, there is an obvious response: Neither of them had child-care responsibilities.

The Pandemic Has Given Women a New Kind of Rage

For now, many women are too busy trying to hold everything together to translate this anger into political action. But could this heightened awareness of the modern economy’s unfair load shape politics over the next decade?

Men produce a weaker immune response to the virus than do women, the study finds.

Women Report Worse Side Effects After a Covid Vaccine

Men and women tend to respond differently to many kinds of vaccines. That’s probably because of a mix of factors, including hormones, genes and the dosing of the shots.

The pandemic has revealed how vulnerable we all are — just one errant droplet away from illness and disability. But just as Black and brown people are more threatened by the virus, they are also more threatened by a scarcity of work.