Where in health am I? : Home / Health Cloud / Challenges / Infections / Zoonoses / Dengue Fever

There’s no risk of getting dengue from these lab-reared mosquitoes, but the bites itch just the same - Bill Gates 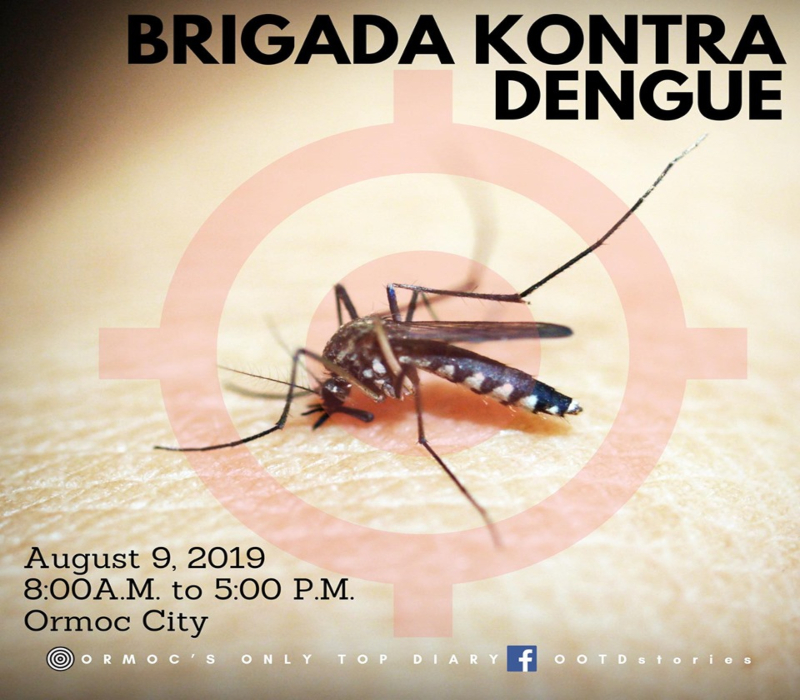 image by: Ormoc's Only Top Diary

My Battle With Dengue Fever In India

When I awoke, it hit me, and it hit me hard. I was feverish, dog tired, my entire body ached and I felt like hell. I could hardly move. I’m a big guy and to be honest nothing much ever really touches me, but this felled me like a tree. I fell back on the bed and stayed there for god knows how long.

My initial thought from these flu like symptoms was more than a little alarming. This was malaria. It had to be. I had passed through malarial areas on the way up to Delhi and then Agra. But how could I have Malaria? I hadn’t been in India that long! I was careful with my preventative measures, I was liberal with the DEET spray, I was even taking antimalarials damnit!

A ‘perfect storm’: the steady rise of dengue fever worldwide

Dengue outbreaks are spreading across the globe thanks to a “perfect storm” of climate change, rapid urbanisation and intercontinental travel, experts have warned.

Inside the dengue ward in the Philippines

Most dengue patients recover if the infection is detected and treated early.

The Boy Was Feverish, With a Swollen Testicle. What Could He Possibly Have?

Test results indicated that the boy had had dengue fever. And for reasons that are only beginning to be understood, a second infection of the dengue virus is often much worse than the first. A small percentage of those who have already been infected are eight times as likely to develop a potentially deadly form of the disease — dengue shock syndrome — should they ever get it again.

Dengue Fever 101: How Serious Is This Disease?

How a Tiny Bacterium Called Wolbachia Could Defeat Dengue

Scientists are immunizing mosquitoes against disease with the help of a common microbe.

India is not alone in suffering from dengue. Brazil, for example, endures high rates of infection, and the disease is a threat in much of the rest of South and South-East Asia.

Why I Gave My Blood to Defeat Dengue

Researchers at the university are part of a global effort exploring whether a bacterium called Wolbachia can be used to control dengue. Wolbachia occurs naturally in 70 percent of all insects, and it is harmless to humans. But it can block the transmission of dengue by mosquitoes.

Can GM mosquitoes rid the world of a major killer?

Dengue fever, borne by mosquitoes, kills around 20,000 people a year. Oxford-based scientists think they can solve the problem by disrupting breeding in high-risk areas with genetically modified insects. But is that safe?

I didn't buy any souvenirs on my recent trip to the Yucatán. Mostly what they sell visitors to Mérida are hammocks and Guayabera shirts. I took something else home instead-- Dengue fever, an infectious tropical disease transmitted by mosquitoes. It's different from the deadly dengue hemorrhagic fever, which I don't have. The one I have takes a week or two and you're better... or so my doctor says.

Dengue, aka “Breakbone Fever,” Is Back

The vicious virus has re-established itself in the South, and mosquitoes are carrying it north.

This project completed in July 2017. The Eliminate Dengue project (now known as the World Mosquito Program) is a continuation of research initiated under the FNIH’s Vector-based Control of Transmission: Discovery Research (VCTR) program, which is an extension of the Bill & Melinda Gates Foundation's Grand Challenges in Global Health initiative. Dengue is a disabling and sometimes deadly viral infection that causes high fever, intense muscle pain and bleeding

Explainer: what are antibodies and why are viruses like dengue worse the second time?

Zika virus is a flavivirus, similar to dengue. In fact, for people infected with the virus, infection is indistinguishable from dengue using classic antibody tests. This made scientists wonder: could prior infection with Zika cause an antibody-dependent enhancement response following dengue infection or vice versa?

Test in Brazilian city Juazeiro is most successful trial of altered skeeters ever.

The fear that DHF could put a stop to Key West’s endless party is why the local government is proposing something radical: the first trial of genetically modified mosquitoes on US soil.

I Have Dengue Fever, And It Sucks

The virus started with a fever, chills, and headaches. Suddenly my hands & feet erupted with red dots and began to hurt. I was infected with Dengue Fever & didn’t know it.

Immunization can go ahead but affordability in middle-income countries remains an issue.

Since the program began there has been a decrease in the number of dengue cases. While it is too early to claim the decrease is a direct outcome of their efforts, Geana said an entomological count of mosquitoes at the beginning of the work, compared with an upcoming count, will at least show how effective the garbage removal efforts have been in reducing the number of mosquitoes.

Risk Of Dengue Fever Increases Due To Climate Change And Urbanization, Researchers Find

Large parts of Europe, West and Central Africa, and South America face the threat of outbreaks of the deadly dengue virus due to climate change and urbanization, according to the first-ever maps of dengue vulnerability published on Tuesday.

Zika Isn't the Mosquito-Borne Virus You Should Fear

Hotez predicts that dengue, chikungunya, and Zika are likely to show up along the US Gulf Coast soon. “On the Gulf Coast, you’ve got the perfect storm of the Aedes aegypti mosquito, the warm subtropical climate, and poverty,” he says. That makes it more likely people will live without window screens and near standing water where mosquitoes can breed. And as the climate warms, mosquitos are only going to move farther and farther north, potentially bringing these diseases with them.

My Battle With Dengue Fever In India

Heat, hassle, constant staring and culture shock, just another day in India. Until something that up until that point I assumed would never happen did. I caught dengue fever, and it knocked me on my arse so hard I didn’t know what had hit me.

Let´s connect patients, governments, NGOs, doctors, the pharmaceutical industry and other stakeholders wherever they might be in the world. And let´s work together towards a common goal: to stop dengue.

This map may be used as a guide for the assessment of dengue risk throughout the world. A lack of recent reports for an area does not indicate that no transmission is occurring, particularly in the areas where dengue viruses are known to be endemic.

With more than one-third of the world’s population living in areas at risk for infection, dengue virus is a leading cause of illness and death in the tropics and subtropics. As many as 400 million people are infected yearly. Dengue is caused by any one of four related viruses transmitted by mosquitoes. There are not yet any vaccines to prevent infection with dengue virus and the most effective protective measures are those that avoid mosquito bites.

Symptoms include as severe joint and muscle pain, swollen lymph nodes, headache, fever, exhaustion, and rash. The presence of fever, rash, and headache (the "dengue triad") is characteristic of dengue fever.

Dengue fever is being seen more often in world travelers. Dengue fever should not be confused with Dengue hemorrhagic fever, which is a separate disease that is caused by the same type of virus, but has much more severe symptoms.

The condition is widespread in areas of the world with a high mosquito population and has been spread by the trade in worn car tyres, which collect water where mosquitoes breed. Typically, dengue occurs in areas that have a combination of: •a warm and humid climate •overcrowding and major urban centres The mosquitoes that spread dengue are rare in England, and cases that develop in the UK occur in travellers who picked up the infection overseas.

•Dr Benjamin Rush (a signatory of the American Declaration of Independence) in Philadelphia coined the name 'breakbone fever' in 1780. This was the first clear description of dengue fever in English. This was during the first simultaneous reported epidemics in Asia, Africa, and North America of 1779-1780.

Severe dengue (also known as Dengue Haemorrhagic Fever) was first recognized in the 1950s during dengue epidemics in the Philippines and Thailand. Today, severe dengue affects most Asian and Latin American countries and has become a leading cause of hospitalization and death among children in these regions.