Regardless of whether it’s a bad tick season, the real issue is coming up with a better diagnostic test for Lyme - Rafal Tokarz 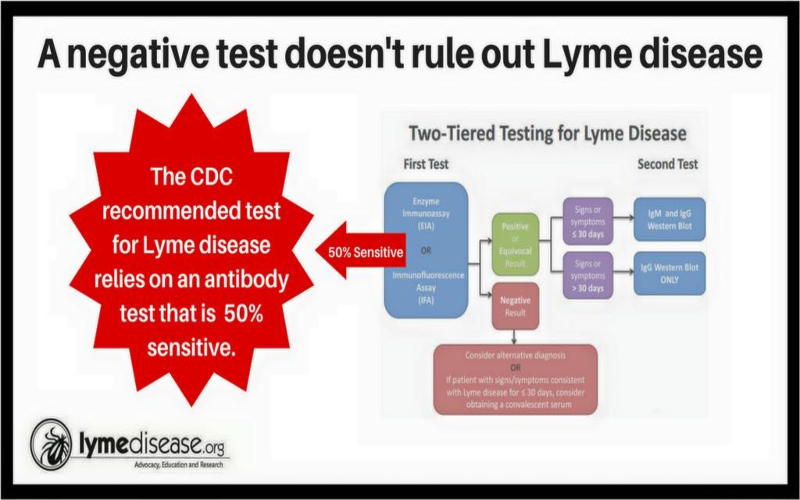 As a kid in rural Connecticut in the early 2000s, Kathleen McWilliams was well acquainted with the danger of ticks. After days spent playing outside in the wooded areas around her house, “our home routine was you brushed your teeth, you went to the bathroom, and you did a tick check,” she said.

So when, at age 15, McWilliams suddenly spiked a 104-degree fever, her mom immediately thought Lyme disease, the tick-borne illness caused by the bacterium Borrelia burgdorferi. She requested a Lyme test. While they waited for results, McWilliams’s symptoms morphed into near-constant dizziness and achy joints, two more markers of the disease.

But, after two weeks had passed, they…

Every time, the test came back negative: Why Canadian Lyme disease cases continue to be missed

Researchers have begun recruiting patients with acute Lyme disease to provide biological samples to help in the development of new diagnostic tools. “We know that the current diagnostic tests for Lyme disease are insensitive very early on [in] the disease,” said Moore.

The new techniques can detect an active infection with the Lyme bacteria faster than the three weeks it takes for the current indirect antibody-based tests, which have been a standard since 1994. Another advantage of the new tests is that a positive result in blood indicates the infection is active and should be treated immediately, allowing quicker treatment to prevent long-term health problems. The techniques detect DNA or protein from the Lyme disease bacteria Borrelia burgdorferi.

Lyme disease should be diagnosed clinically, without reliance on testing. However, all too often, physicians will ignore clinical presentations if laboratory tests are negative. Yet there are numerous scientific articles documenting false negatives and low sensitivity of such tests.

The Accuracy of Diagnostic Tests for Lyme Disease in Humans, A Systematic Review and Meta-Analysis of North American Research

There has been an increasing incidence of Lyme disease (LD) in Canada and the United States corresponding to the expanding range of the Ixodes tick vector and Lyme disease agent (Borrelia burgdorferi sensu stricto). There are many diagnostic tests for LD available in North America, all of which have some performance issues, and physicians are concerned about the appropriate use and interpretation of these tests.

More Accurate Testing for Lyme Disease on the Horizon

The problem in current testing for Lyme disease is the high likelihood of receiving a false negative. A false negative occurs when a test produces results indicating that a disease is not present when, in reality, it is. Western blot and Elisa are the standard testing methods used by conventional doctors to diagnose Lyme disease, but these older tests may have a high chance of producing false negatives because of the method they employ to produce their results. Western blot and Elisa, though old and outdated, are the only option for most doctors to test with and can be highly flawed.

Symptoms of Lyme disease: why the disease is so hard to diagnose

Many people do not develop the hallmark signs of Lyme, and that can make infections difficult to diagnose.

“One of the experts talked about the Lyme disease test only having an accuracy or sensitivity of about 43 per cent, which is absolutely abysmal,” said Gwen Barlee, a director of the Vancouver-based Wilderness Committee. She routinely files Freedom of Information (FOI) applications on environmental issues, but she suffers from Lyme disease and in recent years has made several information requests related to the disease.

Lyme Disease is Difficult to Diagnose

The widely used diagnostic testing regime for Lyme disease is the two-tier serological ELISA/Western Blot process, which indirectly detects Lyme disease by measuring the presence of antibodies that form against the pathogen. Because it can take 2-4 weeks for the body to generate antibodies, these tests have been shown to miss up to 60% of acute Lyme cases. They also do not detect other related Borrelia species (e.g., the Lyme-like Borrelia miyamotoi), have high inter-and intra-laboratory variability, and cannot be used to assess treatment response following antibiotics.

Lyme is tricky to diagnose and the symptoms can linger for months or years even after treatment, and doctors disagree with each other and activists on the basic facts of the disease. That makes it hard on those who have it.

The CDC cautions that because the test is not likely to be positive until 4 to 6 weeks after infection, doctors who suspect Lyme based on symptoms should prescribe antibiotics even if the test is negative.

IGeneX, Inc. is a reference laboratory specializing in state-of-the-art clinical and research testing for Lyme Disease and Associated Tick-borne Diseases.

... it is our goal at Envita to bring our patients the best medical treatment possible, and we are working hard to validate this new testing process because we believe that genomic testing is the future of personalized medicine and offers hope for those suffering from chronic Lyme disease.

The current FDA cleared tests have poor sensitivity and miss more than 50% of patients with Lyme disease.

Free Tick Testing Now Available... Our goal at Bay Area Lyme Foundation is to provide individuals with free, timely information as to whether a tick they have encountered is—an infected or uninfected tick. By sending us your tick(s) you are participating in a citizen science project and national tick-collection/testing effort which will enable our scientists to compare past and potential future distributions of ticks and tick-borne disease. Our hope is that by collecting this data, we may be able to predict where risk of disease is most common.

Lyme disease is diagnosed based on symptoms, physical findings (e.g., rash), and the possibility of exposure to infected ticks; laboratory testing is helpful if used correctly and performed with validated methods. Most cases of Lyme disease can be treated successfully with a few weeks of antibiotics.