Where in health am I? : Home / Health Cloud / Challenges / Infections / Zoonoses / Yellow Fever

Nature had found the perfect place to hide the yellow fever virus. It seeded itself and grew in the blood, blooming yellow and running red - Molly Caldwell Crosby 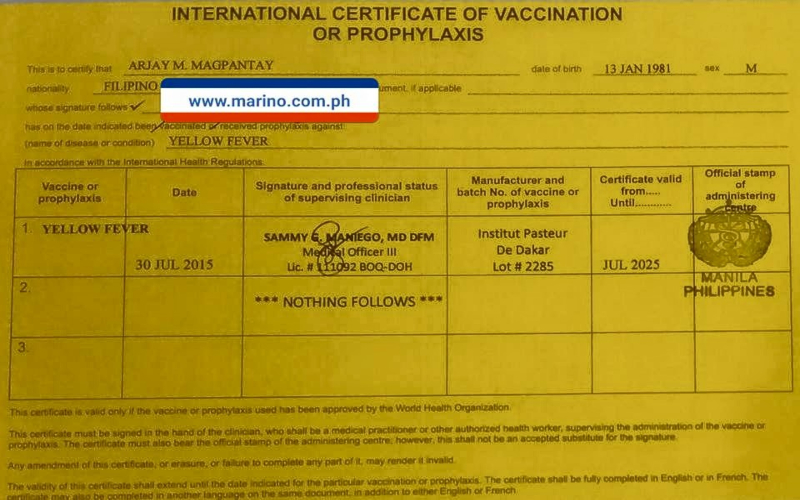 The Fight Against Yellow Fever Must Go On

As health systems around the world get stronger and more vaccines are available to more communities, it can be easy to grow complacent and forget that this absence of disease is the result of ongoing efforts that must be sustained. The most destructive Ebola outbreak in history provides a valuable reminder of the terrible toll of epidemic infectious diseases.

Earlier this year, Germany and the United States experienced their first measles deaths in years and just last month, polio crept back into Ukraine. Now, as governments and heroic health workers continue working to treat ill patients while increasing efforts to reach more communities with…

This AMERICAN EXPERIENCE production documents the heroic efforts of Reed's medical team, some of whom put their own lives on the line to verify Finlay's theory. Eventually, their discovery enabled the United States to successfully eradicate the disease among workers constructing the Panama Canal, making possible the completion of one of the most strategic waterways in the world. When yellow fever struck New Orleans in 1905, an aggressive mosquito eradication campaign successfully ended the epidemic. It was the last yellow fever outbreak in the United States, and the first major public health triumph of the 20th century.

The disease is terrifying. Many of the stricken are left in the streets to die horrible deaths, their bodies unclaimed. Thousands flee. The government appears helpless to stop the scourge from spreading. Physicians and nurses offer care, but have no effective methods of treatment or means to prevent the disease. Ebola in West Africa? No, yellow fever in the United States. Both are hemorrhagic fevers.

In the fever-stricken areas of Cuba a brave band of scientists, doctors and U. S. Marines fight a losing battle against the deadly plague of 'Yello Jack,' until the great heroic risk taken by an Irish sergeant brings victory.e

Could Yellow Fever Return to the United States?

Peter Hotez and Kristy Murray from Baylor College of Medicine highlight the potential for yellow fever to return to the southern cities of the United States.

Jesse Lazear contributed to the work that established Yellow Fever as a mosquito-borne infection and ultimately led to the development of an effective vaccine. But he paid a high price for the discovery.

The Fight Against Yellow Fever Must Go On

Unlike other diseases afflicting tropical regions like malaria, HIV, Ebola and others, we thankfully have had an effective vaccine against yellow fever since the 1930s. This vaccine is the best way to prevent yellow fever and keep people safe from its deadly symptoms, possibly for life. The problem is that our supply of the vaccine is in jeopardy.

Descriptions of historic yellow fever cases, especially in Philadelphia and New York in the 1790s.

Yellow fever is a serious disease, which occurs in tropical Africa and Latin America. 900 million persons live in areas at risk of this disease. There is no cure for Yellow Fever, and up to 50% of severely affected persons without treatment will die.

Yellow fever killed about 10% of Philadelphia’s population in 1793, when it was the capital and largest city in the United States. Local and federal government officials fled, including President George Washington. More

Yellow fever virus is found in tropical and subtropical areas in South America and Africa. The virus is transmitted to people by the bite of an infected mosquito. Yellow fever is a very rare cause of illness in U.S. travelers. Illness ranges in severity from a self-limited febrile illness to severe liver disease with bleeding. Yellow fever disease is diagnosed based on symptoms, physical findings, laboratory testing, and travel history, including the possibility of exposure to infected mosquitoes.

If you are travelling to Africa, the Caribbean, Central or South America, you should be aware of the risk of yellow fever virus transmission and take the necessary precautions to protect yourself from infection.

There's no specific treatment for yellow fever. But getting a yellow fever vaccine before traveling to an area in which the virus is known to exist can protect you from the disease.

The symptoms of yellow fever include fever, headache, and muscle aches, with some patients going on to develop life-threatening complications.

Yellow fever is a serious viral infection that's spread by certain types of mosquito. It’s mainly found in sub-Saharan Africa, South America and parts of the Caribbean. The condition can be prevented with a vaccination and is a very rare cause of illness in travellers.

Yellow fever is a viral illness transmitted between primates by several species of mosquito. It is not transmitted directly from person to person. The pathogen is an RNA virus belonging to the genus flavivirus and it affects only primates (including humans) and certain mosquito species of which the main vector is the yellow fever mosquito (Aedes aegyptii).

The number of yellow fever cases has increased over the past two decades due to declining population immunity to infection, deforestation, urbanization, population movements and climate change. There is no specific treatment for yellow fever. Treatment is symptomatic, aimed at reducing the symptoms for the comfort of the patient. Vaccination is the most important preventive measure against yellow fever.