Where in health am I? : Home / Health Cloud / Challenges / Infections / Zoonoses / Zika

To me, there is nothing more soothing than the song of a mosquito that can't get through the mesh to bite you - Madison Smartt Bell 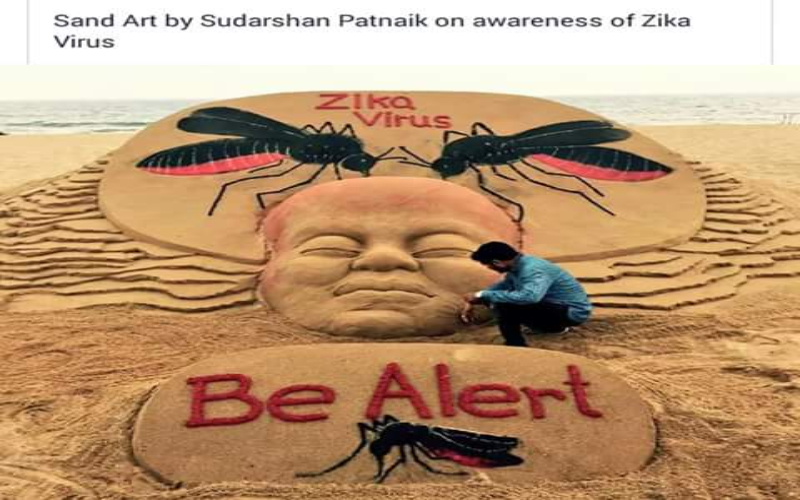 Zika burst onto the world stage in 2015, the only known mosquito-borne virus that can cause severe birth defects. By the height of the epidemic the following year, when more than 200,000 people had been infected and some 3,000 babies experienced birth defects in Brazil, US health officials issued a first-of-its-kind travel advisory. Women of childbearing age, whether they were pregnant or wanted to be soon, were told not to travel to 68 countries where Zika had been circulating.

Flights were canceled, itineraries changed, and the tourism industries in the affected places were hit hard.

Three years on, the epidemic has mostly died down (except in northwest India), and the travel…

Mosquito-carried diseases such as the Zika virus and Dengue continue to thrive in warm temperate parts of the world, but new US Department of Defense research suggests we are on the cusp of a vaccine that could potentially work to fight both infections.

Rising temperatures due to climate change may lead to the spread of the mosquito-borne Zika virus to currently cooler regions. Under the most drastic model of global warming, the risk of Zika transmission will increase over southern and eastern Europe, the northern US, northern China and southern Japan by 2080.

The Zika Virus Is Still a Threat. Here’s What the Experts Know.

“Zika has completely fallen off the radar, but the lack of media attention doesn’t mean it’s disappeared,” said Dr. Karin Nielson, a pediatric infectious disease specialist at U.C.L.A. who studies Zika’s impact in Brazil. “In some ways, the situation is a bit more dangerous because people aren’t aware of it.”

When Zika virus first hit Brazil five years ago, the impact was devastating. Cases of infection with the virus began to be detected in adults in Brazil in early 2015, and then began spreading across the Americas. But it wasn’t until the second half of 2016 that paediatricians started to see an increase in cases of microcephaly, a condition in which babies are born with a small head and sometimes brain damage, in newborns.

Zika in 30 seconds: What you need to know today

The dramatic global rise of Zika in 2016 was followed by an equally dramatic decline by the end of that year — the reasons for which epidemiologists are still sorting out.

In many ways, the Zika epidemic has forced more discussion about ethical issues surrounding pregnant women in general.

Zika: Researchers Are Learning More About The Long-Term Consequences For Children

In the three years since it ended, the pandemic has become an object of obsession for scientists, who have published more than 6,000 research papers about it. What did they conclude?

A new disease is rapidly spreading around the world, and we're totally unprepared — again

There's still a lot that we don't know about Zika, including whether or not it's definitively the cause of infants being born with microcephaly or other neurological problems.

Everything You Need to Know About Zika

Yes, Zika is an STD—here's how not to catch it.

How a Medical Mystery in Brazil Led Doctors to Zika

A sudden, sharp increase in babies with “no foreheads and very strange heads” was baffling doctors in Brazil. That set off a search for answers that led to a little-known pathogen, the Zika virus.

Pregnant With Zika: One Woman’s Fearful Journey to Childbirth

The Puerto Rico teen wanted to become a doctor. She got pregnant, contracted the fearsome virus and spent eight months not knowing if her unborn would suffer its ravages

The Race for a Zika Vaccine

In the throes of an epidemic, researchers investigate how to inoculate against the disease.

Zika Facts to Calm and Terrify You

Zika Is a Delayed Epidemic

What it means when an outbreak’s worst effects occur in the long-term.

Until recently, few people had heard of Zika. As of 2013, it had never been recorded in the Western Hemisphere. By 2014, the virus made an appearance in the Americas, arriving in the Easter Islands, and then it showed up in Brazil.

Blame the Zika Virus on vacation, not invasion

Pregnant or not, what the CDC statement alludes to is that rather than the source being mosquitos currently residing in the U.S. mainland, or crossing the U.S. border in the backpack of an already infected illegal immigrant, the domestic cases cropping up are being blamed on travelers who came home with the virus after falling victim to foreign mosquitos.

The World Health Organization did the right thing back in February when it declared the Zika outbreak to be a public health emergency of international concern. It did the wrong thing last week when it ended the emergency. I say that for several reasons, not least of which is the signal given by the latest declaration: that Zika is no longer a pressing global concern.

Fighting the ‘Cockroach of Mosquitoes’

The Zika-carrying Aedes aegypti species bites by day and hides indoors by night, making it hard to eliminate.

How to Fight Mosquitoes...

How Zika Became So Dangerous For Babies

Scientists have started to unravel a key mystery about the Zika virus. And the findings are almost unbelievable. "When I first started reading the study, I said, 'Oh, my gosh, that's amazing,' says molecular biologist Alysson Muotri, at the University of California, San Diego, who wasn't involved in the study.

How Zika Conquered the Americas

The virus showed up months—or even years—before anyone realized it was there. And Miami proved to be the perfect gateway into the U.S.

Keeping Mosquitoes at Bay in the Age of Zika

The chemicals in most bug sprays—including DEET—are considered safe for pregnant women, as long as they're used as directed, in moderate concentrations.

The biotech bugs could become one of the newest weapons in the perennial battle between humans and mosquitoes, which kill hundreds of thousands of people a year by transmitting malaria, dengue fever and other devastating diseases and have been called the deadliest animal in the world.

The campaign to eradicate Zika has trampled over women’s rights

The World Health Organisation declared that the Zika epidemic was an international emergency in February 2016. While the WHO lifted the declaration nine months later, the crisis is far from over. Zika, which has been linked to various neurological and developmental conditions such as microcephaly and Guillain-Barré syndrome, has morphed into a long-term disease that the world will continually need to manage. Zika has shown that in addition to causing death and suffering, epidemics cause enormous economic and social upheaval, and that public health crises often expose longstanding human rights crises, too.

The more we find out about Zika virus, the scarier it becomes

"This is a very unusual virus that we can't pretend to know everything about it that we need to know," Dr. Anthony Fauci, director of the National Institute of Allergy and Infectious Diseases, said at the press conference. "The more we learn about the neurological aspects, the more we look around and say this is very serious."

The Zika Virus, What You Need to Know in Two Minutes

Zika's symptoms are normally mild, and four out of five people who are infected show no symptoms at all. But how the virus affects infants in utero is still under investigation. Some countries where Zika is spreading have advised women to delay pregnancy, and officials in the United States have warned pregnant women against traveling to Zika-affected areas. So what is Zika? Here's a look at what you need to know about the virus. f

The epidemic is over. That doesn’t mean would-be parents are in the clear.

4 Things To Know About Zika's Potential Spread To The U.S.

There is no vaccine to prevent or medicine to treat Zika. Travelers can protect themselves from this disease by taking steps to prevent mosquito bites. When traveling to countries where Zika virus (see map) or other viruses spread by mosquitoes have been reported, use insect repellent, wear long sleeves and pants, and stay in places with air conditioning or that use window and door screens.

Although complications of the virus infection are rare, some can be life-threatening, such as severe dehydration. Neurological changes can occur; for example, Guillain-Barré syndrome. In addition, a large increase in congenital malformations (mainly microcephaly) has been associated with these viral infections in Brazil and is currently under study.

Prevention and control relies on reducing the breeding of Aedes mosquitoes and minimizing contact between mosquito vectors and people by using barriers (such as repellents, insect screens), reducing water-filled habitats supporting mosquito larvae in and close to dwellings, and reducing the adult mosquito populations around at-risk communities.