If you are in possession of a cervix, here's what you should do - Sara Chodosh 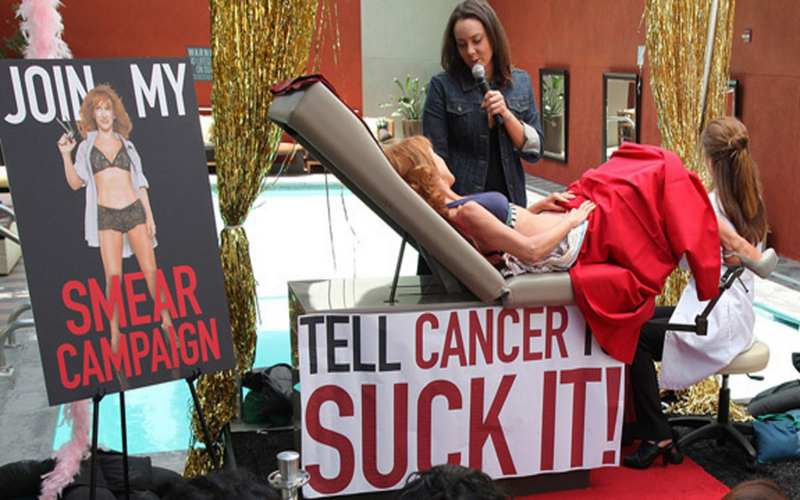 Which Screening Prevents The Most Cervical Cancer? Go With Co-Testing

When it comes to screening for cervical cancer, American women can choose the Pap test or the human papillomavirus (HPV) test. The Pap has been the mainstay of screenings since Georgios Papanicolaou developed it in the late 1920s—still most successful cancer screening program in history. The HPV test looks for highest risk strains of the virus responsible for causing nearly all cervical cancer.

The debate over which of these is most effective and reliable at detecting and preventing cervical cancer has driven frequent, often confusing changes in cervical cancer screening guidelines from a multiple medical organizations over the past decade The most recent screening recommendations…

Your Guide to Pap Smears and HPV Testing

Before you book your next gynecologist appointment, it’s important to know the differences been Pap and HPV testing, and to get acquainted with the latest guidelines for cervical cancer screening. These recommendations, which change as women age, were updated in 2018 to reflect new testing options for women over 30.

It was established a decade ago that testing for the presence of HPV – the virus that causes cervical cancer – is a better cervical screening test than the Pap smear. Yet in England, the Pap smear is still used, and it’s costing lives.

Do You Have Early Signs Of Cervical Cancer? How AI Technology May Help

Besides getting the human papilloma virus (HPV) vaccine, the key to preventing cervical cancer is getting regular pelvic exams so that concerning lesions can be caught early. However, catching such lesions on a pelvic exam does depend heavily on your doctor's eyes (in a visual acuity sense, that is), and not all doctors' eyes are the same.

Cervical screening is one of the most effective screening tests, responsible for substantial reduction in death from cervical cancer. This disease used to affect two per cent of Canadian women and kill one per cent. But as with so many good things, the procedure can be overused, and Canadian doctors are overscreening their female patients.

For Cervical Cancer Screening, Women Over 30 Can Now Choose The HPV Test Only

... the USPSTF now says the evidence is strong enough that HPV tests can be used by themselves, for women over 30. That third choice expands on the task force's previous recommendation, which was for the Pap test or the combination test.

Melitta Carter, a mother of three children and wife of Laurence Carter, World Bank Senior Director for Infrastructure, Public Private Partnerships and Guarantees, lost her battle with cervical cancer in 2015. Laurence is taking a break from his career to raise money for cancer research and to increase awareness of how we can achieve the first eradication of a type of cancer.

Roy and Bell, who met at Cambridge University, say their personal testing kit, Syrona, can be used to identify STDs, endometriosis and cervical cancers. If it takes off, it would alleviate pressure on healthcare services, and potentially save millions of lives.

For some women, though, the exams may not be necessary. On Tuesday (June 28), medical professionals from the US Preventative Task Force (USPTF) conducted a major review of the existing scientific literature and found inconclusive evidence that pelvic exams are helpful for women who aren’t pregnant or don’t show unusual symptoms, like unexpected bleeding or discharge.

A single algorithm is phasing out the Pap smear

Can a new approach to cervical cancer screening improve diagnosis, or will it jeopardize women's health?

Millions of women undergo pelvic exams with no proven benefit, US panel concludes

There are two main reasons pelvic exams are of questionable value: their minimal benefits and their potential to cause harm.

As many as 8 million adult women who should be screened for cervical cancer haven’t had that checkup in the past five years, and they’re missing a chance to prevent or treat the disease before it could kill them, federal health officials said Wednesday.

We were able to show that 1 in 10 women who were clear by a normal Pap test had already got pre-cancer, so ... as good as a normal Pap is, it does miss disease that you can pick up and detect with an HPV test - Paul Brown

Doctors can find it hard to diagnose cervical cancer in young women because the same symptoms, such as bleeding between periods or after sex, are common in women with genital infections or taking contraceptives. For decades the Pap smear has been used as a screening test to prevent women from getting cervical cancer. It is not used as a screening test in women younger than 25 because it isn’t effective at preventing cancer in this age group. But what if the Pap smear could be used to diagnose cervical cancer in young women?

When you need them—and when you don't

It’s important for women to get regular Pap tests, which check for abnormal cells in the cervix that might lead to cervical cancer. But many teenage girls and some women have the test when they don’t need it. Here’s why...

Which Screening Prevents The Most Cervical Cancer? Go With Co-Testing

But co-testing offers the best of both worlds. HPV can take decades to develop into cancer, so identifying current infections with a high-risk HPV strain gives healthcare providers an opportunity to set up follow-up surveillance for women before the cancer has a chance to develop. And Pap tests have come a long way from the “Pap smear” used from the 30s through the end of the 20th century. Today’s liquid-based cytology—an examination of cervical cells under a microscope—is even more accurate at revealing abnormal cell patterns than the smear on a slide used for so long.

4 medical tests that are awkward, embarrassing, and unnecessary

Changing into a paper-thin hospital gown, hoisting feet up into stirrups and being probed vaginally with a speculum is, to say the least, an unpleasant experience. And it's something that lots women go through every year with a pelvic exam during an annual well-woman visit to the gynecologist. The American College of Physicians, which represents the country's internists, issued new guidelines on July 1 that specifically recommend against annual pelvic exams for healthy women who are not pregnant.

It seems that in concentrating on the science behind shifting away from Pap smears every two years to testing for the human papillomavirus (HPV) every five years, our medical authorities have failed to convince many Australian women this move will save lives. Convincing women to come on board is, of course, critical to the success of the new screening program, which is forecast to improve cervical cancer detection rates by at least 15% and is good news for women.

Five things you need to know about Pap, HPV, and pelvic tests

For most women, the annual pelvic exam and Pap test have been uncomfortable, yearly rituals. There's good news: Despite what your doctor may be doing, women have options. Here's what you need to know...

Roy and Bell, who met at Cambridge University, say their personal testing kit, Syrona, can be used to identify STDs, endometriosis and cervical cancers. If it takes off, it would alleviate pressure on healthcare services, and potentially save millions of lives - Forbes Women's health startup, Cambridge Grads, looking to make SYRONA synonymous with #femtech #health.

Some strains of human papillomavirus (HPV), a very common sexually transmitted viral infection, can be associated with an increased risk of cervical cancer. A doctor may also order an HPV DNA test along with or following a Pap smear, especially for women age 30 to 65.

Cervical cancer screening, which includes the Pap test and HPV testing, is an essential part of a woman's routine health care because it can detect cancer or abnormalities that may lead to cancer of the cervix. Current guidelines recommend that women should have a Pap test every 3 years beginning at age 21. These guidelines further recommend that women ages 30 to 65 should have HPV and Pap cotesting every 5 years or a Pap test alone every 3 years. Women with certain risk factors may need to have more frequent screening or to continue screening beyond age 65. Women who have received the HPV vaccine still need regular cervical screening.

Women with abnormal Pap test results are usually examined further for cervical problems. This may involve coming back for a colposcopy and biopsy, or coming back in a few months for another Pap test. If the Pap result is “ASC-US,” then a HPV-DNA test may be done in the lab to see whether HPV is causing this borderline “normal-abnormal” Pap result.

Most women ages 21 to 65 should get Pap tests as part of routine health care. Even if you are not currently sexually active, you should still have a Pap test. Women who have gone through menopause (when a woman’s periods stop) and are younger than 65 still need regular Pap tests.