A robot may not injure humanity, or, through inaction, allow humanity to come to harm - Isaac Asimov 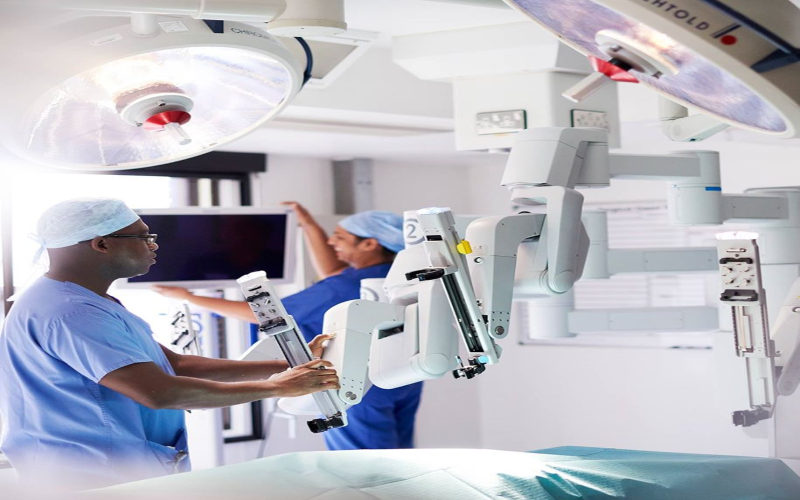 image by: The Princess Grace Hospital

Men with prostate cancer face difficult choices. Among them: If they decide to have their prostate removed, how should it be done? The traditional open surgery, in which a surgeon operates through a long skin incision, is starting to be replaced by robotically assisted laparoscopy, with a surgeon operating a robotic system that performs the surgery through smaller incisions. (A third option, laparoscopy performed by a surgeon without the robotic system, is also available but it has been overtaken by robotic surgery.)

Debate continues on whether the procedure improves outcomes enough to justify its higher cost.

How to Find an Expert Surgeon

If you have ever talked to a group of men who have had surgery for prostate cancer, you may have heard some stories that just break your heart. We have. Those stories are particularly upsetting for us here at the Prostate Cancer Foundation, because we work with some of the best surgeons in the world. We know that the complications from surgery to remove the prostate – a radical prostatectomy, performed either in open surgery or in laparoscopic form using a robot – ought to be minimal. But often, they are devastating.

How Robotics Are Bringing Back Perineal Radical Prostatectomy

Throughout thousands of cases, I and other urologic surgeons have tried to refine the retropubic approach, changing how and where we cut, how we close incisions, and countless other details. We’ve looked for ways to improve surgical options for patients who are obese or have abdominal scar tissue. In the end, I’ve concluded that the best solution is to revert to a procedure we all-but-abandoned in the 1990s, radical perineal prostatectomy (RPP), but with a 21st century twist, robotics.

A three-decade study found that prostate-removal surgery added an average of nearly three years to lives of men with prostate cancer, compared with those who didn’t get surgery and were monitored. The results suggest the benefits of surgery in men with advanced prostate cancer. Yet men in the early stages of the slow-moving but life-threatening disease might want to wait before undergoing the procedure or forgo it entirely, the study’s authors and other experts say.

The Side Effects? Well, There Is One...

The reality for many of the 240,000 men in the United States in whom prostate cancer is diagnosed each year is not all that rosy, at least when it comes to their intimate lives. After surgery and radiation treatments, many men quickly discover that sex will never be normal again. Sensations change. Many men can no longer achieve erections without pumps or pills. For some, the ability to have sex goes away entirely.

Two recent clinical trials undermine the categorisation of prostate cancer as a death sentence. They are unambiguous in their findings and seismic in their implications. Both found men with early stage abnormalities of the prostate who do not undergo surgery or radiation treatment, but whose condition is monitored for any progression of the cancer, live just as long as men who opted for complete removal of the prostate and now live with its immediate consequences, including incontinence, intimacy issues, bowel problems and intervention regret.

A growing body of evidence and treatment guidelines support the fact that less invasive radiation therapy is equally effective in curing or controlling cancer as surgical removal of the prostate, known as radical prostatectomy.

Some doctors say it leads to less blood loss and faster recoveries, but others say traditional open surgery remains the gold standard.

Concerned about the complications and side effects oftraditional invasive prostate cancer surgery, radiation or cryotherapy? We have some good news, and a better prostate cancer treatment solution: Robotic Prostatectomy.