Where in health am I? : Home / Health Cloud / Challenges / Diabetes / Lower Your Diabetes Risk 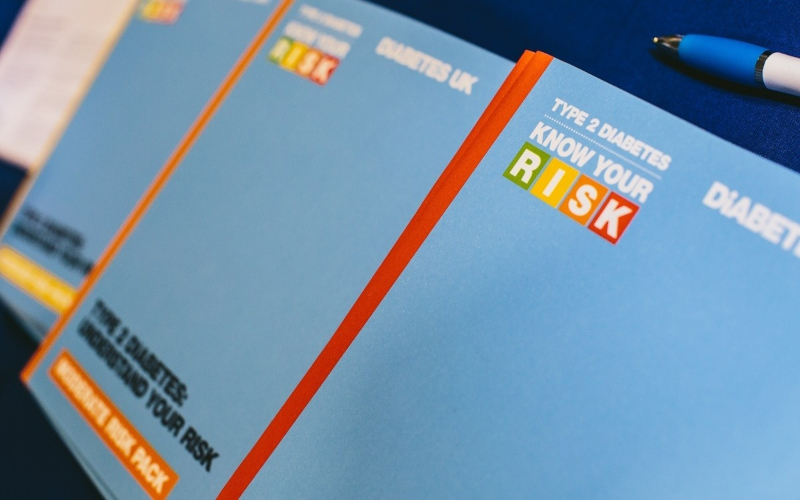 
Diabetes is one of the fastest growing killers, as I discussed in Part 1 of this series. Thirty million adults in the U.S. suffer from it today. Another 84 million have a milder condition, prediabetes, that puts them at high risk for developing type 2 diabetes. Over time, if current trends continue, the disease will strike 25 to 58 million new victims in the U.S. All will contend with a disease that is the leading cause of blindness and kidney failure, often leads to the loss of a leg or foot, significantly increases the risk of heart disease and is one of the leading causes of death.

We can save many from this fate. We have the knowledge and resources to dramatically lower new incidences of diabetes. To do so, we must first discard three misconceptions: prevention doesn’t work, it is too expensive, or it takes too long.

The first misconception is that diabetes prevention doesn’t work. Few doubt that most cases of diabetes can be prevented at early, prediabetic stages through lifestyle changes, especially by weight control, healthier diet and more exercise. In fact, recent studies and field experience point to the potential of even reversing full-blown type 2 diabetes through carbohydrate restriction when used in conjunction with a structured weight loss and medication management program. Consider, for example, the work at Virta Health. The misconception about prevention stems from skepticism about whether widespread lifestyle change can be achieved and sustained. In fact, there is ample evidence on how to do it.

After approximately three years, the group of patients who participated in a structured lifestyle program had 58% fewer new cases of diabetes compared to patients who received standard treatment. Those over age 60 had 71% fewer new cases of diabetes. That’s because the participants were supported all the way through, with a systematic program of education, coaching, mindful self-monitoring of activity and results, and a support network in which they encouraged one another. Unlike many efforts that were similar but lacking in support, the results lasted: Ten years later, new diabetes cases had been reduced by 34% in the intervention group.

This work was so successful that Congress directed the US Centers for Disease Control (CDC) to establish the National Diabetes Prevention Program (National DPP). A key component of the National DPP is a set of standards and quality controls to recognize successful community-based diabetes prevention programs (DPPs). To date, the CDC has recognized more than 1,600 such programs. (These programs, however, have collectively served less than one percent of those with prediabetes. Part three of this series will address why the impact has been so slight and how to better leverage them.)

The second misconception is that prevention is too expensive. Clinical results cannot be translated cost-effectively into practice, this thought goes, and therefore it is not practical for employers and insurers to bear the cost of such programs.

On the contrary, innovative care providers such as the YMCA have reproduced the results of the NIH-funded studies in community settings. Forty-two-thousand prediabetic participants in YMCA locations in 42 states lost an average of 5.5% of their body weight after one year. This met the 5 to 7% weight-loss target at which the NIH-funded research showed a marked reduction of risk for developing diabetes.

What’s more, according to the U.S. Department of Health and Human Services (HHS), which evaluated the YMCA program results, the programs improve healthcare quality while reducing healthcare costs. The HHS concluded that Medicare could save $2,650 for each person enrolled. That is more than enough to cover the program costs.

Of all digital programs, Omada is the furthest developed. It has enrolled more than 200,000 patients in its DPP programs. Omada claims 4-5% body weight loss on average and about 40% of participants lose 5% or more. These weight-loss outcomes translate into a 30% decrease in type 2 diabetes, 16% reduction in stroke and a 13% reduction in heart disease. Fruit Street Health and Lark Health have less extensive experience but have also shown promising results.

I can personally vouch for the effectiveness of the Omada program. A family history of diabetes, excess inches around the waist and the experiences of friends like Tony motivated me to enroll. In one year, I lost 18 pounds, exceeding the NIH targets for risk reduction. My investment — $520 for the Omada diabetes prevention program, plus $12 a month for its ongoing program to help sustain that weight loss — is tiny compared to the potential personal and monetary costs of diabetes.

The third misconception is that prevention’s benefits accrue too slowly, long after patients have left the employers and insurers who bear the cost. Because people change jobs and health insurance plans every few years, this misconception goes, it doesn’t make economic sense for commercial insurance to pay for prevention programs that won’t deliver benefits until long after the covered person has moved on.

Research shows that this is not the case, however. A study led by researchers at the American Medical Association (AMA) followed the medical costs of a large group of adults diagnosed with prediabetes and covered by commercial insurance. Researchers found that diabetes prevention programs could deliver meaningful cost savings within a three-year horizon, which generally falls within employee and health insurance plan turnover. The three-year ROI is estimated to be as high as 42%. (Disclosure: I am an innovation advisor to the AMA. I was not involved in this study and the views expressed in this series are my own.)

Robust clinical studies translated into real-world results are shredding the misconceptions that diabetes prevention doesn’t work, is too expensive or takes too long.

This comes not a moment too soon, because most people at high risk for diabetes lack awareness, treatment options, and social support. 90% of those with prediabetes don’t know it, most physicians don’t screen for it, and few enter into effective treatment, such diabetes prevention programs, medication or qualified diet programs.

Many of the ingredients necessary to launch an innovation moonshot to change that are in place, however. It is high time to do so...

In our ongoing dieting dialogue we spend a lot of time talking about what to eat, but what if we’re leaving out something just as important? What if changing when we eat could significantly improve our health? For the first time, a small study offers preliminary evidence supporting precisely that argument, showing that eating earlier in the day might affect our health as much as what we're eating.

Swapping healthy unsaturated fats for carbohydrates or saturated fats may reduce your risk of diabetes, according to a new analysis of 102 randomized trials totaling 4,660 participants.

How to Prevent Diabetes and Heart Disease for $16

The strategy I’m referring to is using a glucometer to test your post-meal blood sugars. It’s simple, accessible and completely bypasses the medical establishment and pharmaceutical companies by putting the power of knowledge in your hands.

Diet and exercise can prevent, control and in some cases even reverse Type 2 diabetes. Cardio and strength workouts are both important but if you have time for only one, choose resistance training.

“Keep consumption at moderate levels,” she said, “about seven drinks a week for women and 14 for men. Alcohol is associated with many diseases and conditions — at the same level where it may protect against diabetes, the risk of other diseases is increased.”

Why Checking Postprandial Glucose Is Important

Checking your fasting blood sugar levels is a key component of successful diabetes management — but are you also making sure to test after meals?

Dealing with any one of five key lifestyle risk factors can lower the risk of developing diabetes by about a third. Katherine Harmon reports.

Foods Which May Help Reduce Diabetes and Pre-diabetes Risk

Foods that may help diabetes and reduce the risk of pre diabetes.

How can I reduce my risk of Type 2 diabetes?

You've just found out that you're at risk of developing Type 2 diabetes. But you don't have it yet. That's the really good news. It means that you now have the chance to make changes that can delay or prevent Type 2 diabetes.

As a growing middle class worldwide consumes more sugar, meat, soda, and other processed foods, the number of people suffering from the obesity-related disease type-2 diabetes has quadrupled in the last 40 years, to some 400 million people worldwide. The disease, in which the body doesn’t produce or process insulin properly, has been considered chronic and incurable, a condition that only gets worse with age—so efforts have focused on prevention. But new research suggests that, for some people already diagnosed with diabetes, following an extreme diet could reverse the disease.

The good news is that type 2 diabetes is largely preventable. About 9 cases in 10 could be avoided by taking several simple steps: keeping weight under control, exercising more, eating a healthy diet, and not smoking.

Good news for coffee drinkers: If you’re a long-term caffeine user, you might be less likely to develop diabetes than people who don’t drink coffee at all. The anti-inflammatory effect of the drink might be the reason for this outcome, according to a new study published in Nature’s European Journal of Clinical Nutrition.

We have the knowledge and resources to dramatically lower new incidences of diabetes. To do so, we must first discard three misconceptions: prevention doesn’t work, it is too expensive, or it takes too long.