Where in health am I? : Home / Health Cloud / Challenges / Drugs & Medications / Antibiotics 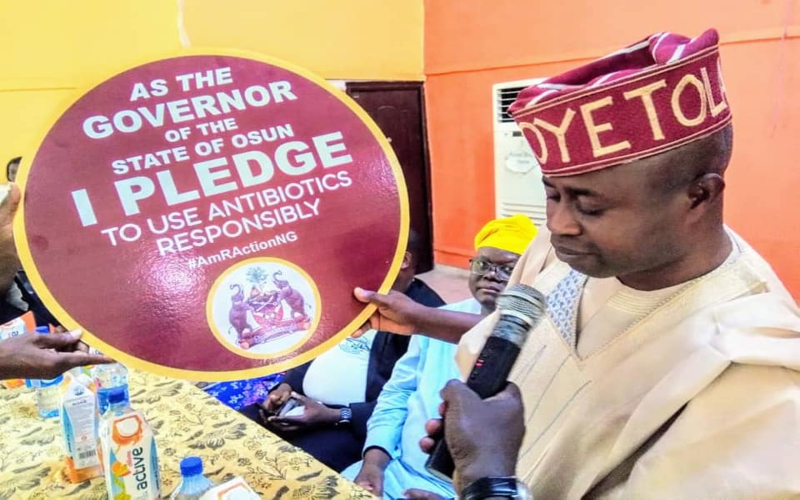 Why you may not need all those days of antibiotics

A recent article in the British Medical Journal set off a bit of a firestorm with its claim that “the antibiotic course has had its day.” The authors challenged the very widespread belief that you should keep taking every last dose of antibiotic prescribed by your physician even after you feel better. This advice has long been claimed to be key to preventing antibiotic resistance.

The challenge to that claim has sparked a backlash, with physicians and public health officials expressing concern about an overly complex message that could result in encouraging patients to go rogue and ignore their doctors’ prescriptions.

All of this is a bit amusing to experts like me, who have…

The world needs ‘antibiotic guardians’ to safeguard their future use

The case for a clarion call is clear: overuse and misuse of antibiotics in humans, animals, and the food production industry has seen bacterial resistance to antibiotics surge in recent years. Without antibiotics, treatments that we take for granted for common diseases such as pneumonia or urinary tract infections will be lost. Effectively, we are seeing the end of modern medicine slowly being played out. But we can act together to alter the situation.

Wait, There’s Hope! Here’s How Humans Might Save Antibiotics

Dozens of hospital networks, both giant and small, pledged to reduce the prescriptions they write in-house, to keep from encouraging resistance. Huge retailers committed to tracking animal antibiotic use; Walmart, for instance, agreed to set guidelines for the suppliers that funnel meat to its more than 5,000 stores. Pharmaceutical manufacturers including Merck, one of the few US-based companies still making antibiotics, laid out a plan to invest more in basic research on new compounds. Fifty-five pharma and biotech companies promised to develop better rapid tests, which prevent unnecessary prescriptions, including Accelerate Diagnostics, based in Arizona, which committed a $100 million program. Two manufacturers of veterinary vaccines announced they would educate veterinarians on alternatives to using antibiotics in farm animals.

What Are The Pros And Cons Of Taking Antibiotics?

“It is important that you protect yourself and your family by only taking antibiotics that are prescribed to you when your doctor advises you to do so,” expresses Dr. Boozer, who is also a family medicine physician at Keck Medicine of USC – Glendale and Pasadena. “Sharing antibiotics or taking leftover medications from a previous illness is never advised.”

How Do Antibiotics And Vaccines Affect Nature?

Antibiotics create selective pressure on a wide range of bacteria wherever they are used. Humans naturally host large numbers of bacteria. These are essential to our health and killing them off repeatedly risks many long-term health problems, including immune disorders, damage to the gut, and increased vulnerability to infections.

Older Americans Are Awash in Antibiotics

The drugs are not just overprescribed. They often pose special risks to older patients, including tendon problems, nerve damage and mental health issues.

Being aware of antibiotic resistance and improving prescription guidelines has become an international priority. So how do we fix this? Education is a good start.

A New Drug in the Age of Antibiotic Resistance

Authorities warn that overuse of such medications has created a public-health disaster. Now, researchers say they've discovered a compound that could slow the clock on the crisis.

For the First Time, Antibiotic Use in Farm Animals Drops

Even with the decline in this year’s antibiotics sales, it’s worth keeping the larger context in mind. Between 2009, when the FDA first began tracking sales, and 2016, the overall change was actually a 9 percent increase. There is still a ways to go.

Hunting for Antibiotics in the World’s Dirtiest Places

We continue to take antibiotics with abandon (nearly a third of antibiotic prescriptions in the U.S. aren’t actually needed) and feed huge quantities of them to farm animals. And pharmaceutical companies—daunted by how quickly resistance can undermine drugs that may take a decade and a billion dollars to develop—are not rushing to fill the gap. That’s where Roberts, a 43-year-old microbiologist from central England, comes in.

Misuse and overuse have blunted their impact. We need to be smarter about how we deploy and monitor them.

Should Antibiotics Be Taken Preventively?

When I saw John's ziplock full of military-prescribed doxy, I wondered how many other soldiers were taking the same precautions.

The Antibiotics Problem in Meat

A new study suggests that a consumer demand for chicken and pork in places like India, Russia, China, and Brazil will help drive a large increase in overuse of the drugs by 2030. Is there anything we can do about it?

The New Conundrum About When to Stop Antibiotics

Ending treatment earlier may help prevent dangerous antibiotic resistance, but it’s not the best course of action all the time.

The real story behind penicillin

The discovery of penicillin, one of the world’s first antibiotics, marks a true turning point in human history — when doctors finally had a tool that could completely cure their patients of deadly infectious diseases.

The State of the World's Antibiotics, 2015

Latest global review on antibiotic use, resistance, and policies.

Viruses Are the Antibiotics of the Future

Although Bacteriophages have proven to be an effective alternative to antibiotics for treating infections caused by these superbugs, their adoption in the United States and Western Europe has been incredibly slow.

We Will Miss Antibiotics When They’re Gone

Already, more than 23,000 people in the United States are estimated to die every year from resistant bacteria. That death toll will grow as microbes develop new mechanisms to defeat the drugs that, for decades, have kept infections at bay. We are on the cusp of what the World Health Organization calls a “post-antibiotic era.” And we will miss antibiotics when they’re gone.

We're Running Out of Antibiotics

It’s difficult to imagine a world without antibiotics. They cure diseases that killed our forebears in droves, and enable any number of medical procedures and treatments that we now take for granted. Yet in 1945, while accepting a Nobel Prize for discovering penicillin, Alexander Fleming warned of a future in which antibiotics had been used with abandon and bacteria had grown resistant to them. Today, this future is imminent.

Why you may not need all those days of antibiotics

Taking your full course of antibiotics isn’t helping prevent the spread of resistance; it’s fueling it.

Stop Superbugs is a global health initiative led by the British Society for Antimicrobial Chemotherapy (BSAC). We recognise that good work is already happening all around the world. Practical, local projects driven by passionate volunteers are helping to save lives.

Patients are dying from drug-resistant infections that used to be treatable. Though new antibiotics are desperately needed, pharmaceutical companies are withdrawing from the antibiotics market because of the low return on investment and the difficult regulatory environment. The 10 x '20 Initiative is a global effort to foster development of 10 innovative antibiotics by 2020, sponsored by the Infectious Diseases Society of America.

Our lead product, ImmunoXpert™, decodes the body’s immune response in order to distinguish between bacterial infections that warrant antibiotic therapy, and viral infections, for which antibiotic treatment is generally not required.

Crowdsourcing Antibiotic Discovery. The Small World Initiative (SWI) strives to combine technology, science, and innovation to make meaningful and measurable improvements in the global education and healthcare landscape. The mission of the program is twofold. First, it seeks to encourage students to pursue careers in science through real-world applicable laboratory and field research in introductory courses. Second, it aims to address a worldwide health threat – the diminishing supply of effective antibiotics – by tapping into the collective power of many student researchers concurrently tackling the same challenge, living up to its motto “crowdsourcing antibiotic discovery.”

The time has come for a global commitment to develop new antibacterial drugs. Current data document the impending disaster due to the confluence of decreasing investment in antibacterial drug research and development concomitant with the documented rapid increase in the level of resistance to currently licensed drugs. Despite the good faith efforts of many individuals, professional societies, and governmental agencies, the looming crisis has only worsened over the past decade.