Where in health am I? : Home / Health Cloud / Challenges / Drugs & Medications / Antihistamines

Many people assume that if a drug is sold without a prescription in your neighborhood store, it is safe for you to take as often as needed. That is not true - Diane Ng 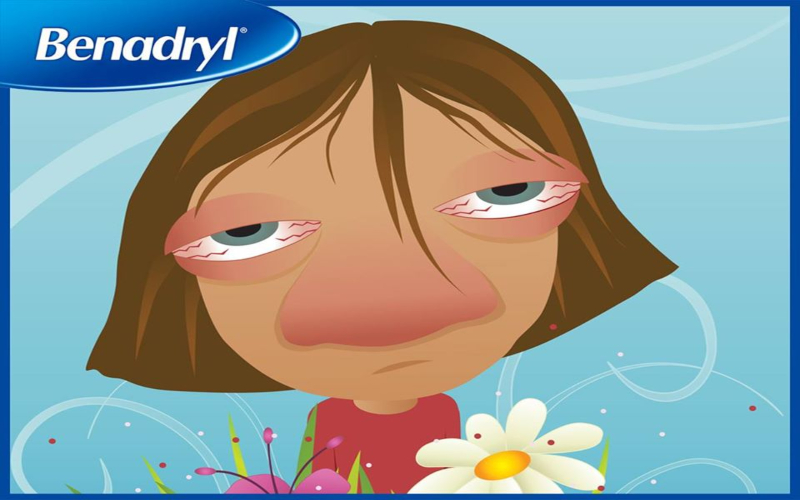 Many people turn to over-the-counter medicines when they need relief from allergy and cold symptoms or have trouble falling asleep. That’s why you might be concerned about a new study showing that one of the most common of those drugs—Benadryl—could lead to serious health problems, including dementia.

Benadryl has many uses. Although often taken for allergy symptoms, the same dose of the same ingredient (diphenhydramine) is used in most over-the-counter sleeping pills, and also used for motion sickness. We’ve known since 2012 that people who regularly take Benadryl or other sleeping pills to fall and stay asleep are more likely to get cancer and tend to die earlier than people who…

The ACT results add to mounting evidence that anticholinergics aren’t drugs to take long-term if you want to keep a clear head, and keep your head clear into old age. The body’s production of acetylcholine diminishes with age, so blocking its effects can deliver a double whammy to older people. It’s not surprising that problems with short-term memory, reasoning, and confusion lead the list of anticholinergic side effects, which also include drowsiness, dry mouth, urine retention, and constipation.

Goodbye, Benadryl: It is time for you to retire

Why It’s Time to Rethink Our Use of Benadryl

Did you know that pilots are not allowed to fly for 30 hours after taking even one dose of Benadryl? This is due to the potential for sedation and profound impairment that can slow reflexes and interfere with motor skills. Yet parents and pediatricians routinely give this medication to infants and children of all ages for a myriad of reasons.

Did you know that many asthmatics are deficient in magnesium, or that this powerful mineral has been used quite successfully to prevent asthma attacks since the 1930’s—thanks in large part to its antihistamine properties, and ability to promote relaxation of the bronchial smooth muscle.

The Good, The Bad, The Ugly, Histamine

Because histamine is also a neurotransmitter that communicates with the brain, taking antihistamines cause the active receptors to be suppressed, simultaneously making you sleepy. Other H1 antagonists that inhibit histamine action (or the enzyme that stops the enzyme histidine from making histamine) include, Zyertec, Zantac, and Allegra.

Sodium bicarbonate should be used in the treatment of prolonged QRS intervals or for arrhythmias related to anticholinergic poisoning.

Benadryl is safe during pregnancy and breastfeeding

While some information suggests that it's important to avoid all medication while pregnant, Martha Rac, MD, says this is not the case.

Memory Loss Can Be Caused By Over-The-Counter Drugs

Women with a severe form of morning sickness who take antihistamines to help them sleep through their debilitating nausea are significantly more likely to experience adverse pregnancy outcomes, including low birth weight babies and premature births.

The First Schizophrenia Medication Was Developed As An Antihistamine

Thorazine, or chlorpromazine, was the first antipsychotic. It freed many people with severe schizophrenia from mental asylums, but that's not why it was developed. It was first tested because it's an antihistamine. Yes, like the allergy medications.

Many allergy sufferers know that antihistamines work for their symptoms but also make them sleepy. People sometimes turn to these medications to help them sleep, even when they’re not sick. But the use of medication to force children or adults to sleep is generally not the best idea,” said Dr. Philip Alapat, assistant professor of medicine.

Many people turn to over-the-counter medicines when they need relief from allergy and cold symptoms or have trouble falling asleep. That’s why you might be concerned about a new study showing that one of the most common of those drugs—Benadryl—could lead to serious health problems, including dementia.

Antihistamines are a class of agents that block histamine release from histamine-1 receptors and are mostly used to treat allergies or cold and flu symptoms, although some first-generation antihistamines may also be used for other conditions.

Finally diagnosed with histamine intolerance (HIT) in London in 2010, I wholeheartedly embraced the traditional hardcore elimination approach, low histamine diet and even more elimination of all foods that bothered me (fructose, salicylates, histamines oh my!).

When it comes to learning, children are better off congested than drugged.