Where in health am I? : Home / Health Cloud / Challenges / Drugs & Medications / Biologics 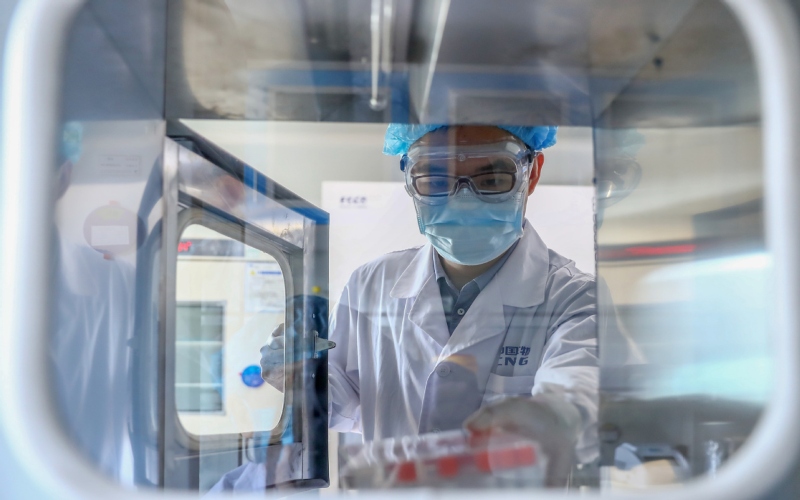 In a factory just outside San Francisco, there’s an upright stainless steel vat the size of a small car, and it’s got something swirling inside.

The vat is studded with gauges, hoses and pipes. Inside, it’s hot – just under 100 degrees Fahrenheit. Sugar and other nutrients are being pumped in because, inside this formidable container, there is life.

Scientists are growing cells in there. Those cells, in turn, are growing medicine. Every two weeks or so, the hot, soupy liquid inside gets strained and processed. The purified molecules that result will eventually be injected into patients with Stage IV cancer.

Drugs that are made this way – inside living cells – are called…

Biologic drugs are the wheelhouse of the biotechnology industry. Innovators in the 1970s and 1980s, like Genentech and Amgen, learned how to insert modified DNA sequences into harvested hamster cells, in order to make genetically engineered proteins that could treat diseases.

After a century, insulin is still expensive – could DIYers change that?

Insulin is a biologic drug, which means it’s produced by a living organism, not a chemical reaction. This process, called biomanufacturing, is more inconsistent than chemical synthesis of non-biologic drugs like aspirin. Making reliable biologic drugs is a little like winemaking. Even though the winemaker carefully follows a well-established process, minute differences will affect the final product. It’s always wine, but some vintages are better than others and tasting the wine is the only way to evaluate the final product.

From bench to bedside, biologics require excellence at every stage

Biologics have revolutionized treatment and provided substantial gains in both morbidity and mortality. If prescribers and patients are to derive their full value, we must continue to ensure that all finished biologic medicines are subject to the appropriate oversight necessary for manufacturing and quality control.

Why The U.S. Remains The Most Expensive Market For 'Biologic' Drugs In The World

Europeans have found the secret to making some of the world's costliest medicines much more affordable, as much as 80 percent cheaper than in the U.S. Governments in Europe have compelled drugmakers to bend on prices and have thrown open the market for so-called biosimilars, which are cheaper copies of biologic drugs often derived from living organisms.

Biologics vs Biosimilars: Understanding the differences

With the potential to offer targeted therapies and reduced side-effects, the drive towards biologics is exciting. Biologics have revolutionized the prevention, diagnosis, and treatment of cancer, autoimmune conditions, and other diseases. Biosimilars have the potential to enhance treatment accessibility, and with biologic patents beginning to expire, this is an interesting era for the two treatment options.

For years, companies have been rewarded with exclusive incentives for developing complex biologic drugs, but a new analysis finds the median development times between these medicines and simpler-to-build small-molecule drugs were no different. And the researchers suggested the rewards given to biologic makers may be misplaced.

Your next biologic drug treatment could be grown in a carrot cell or some other plant-based biological factory.

Will 2021 Be Another Break-Through Year For Biosimilars?

Biosimilars are biologics that are highly similar to a reference or originator biologic product. There are no meaningful clinical differences in safety and effectiveness between a biosimilar and its reference product.

Biologic drugs are a different story. This class of medication is not synthesized chemically – instead they are harvested directly from biology, as their name suggests. Most modern biologics are assembled inside vats – or bioreactors – that house genetically engineered microbes or mammalian cell cultures. Efforts are underway to make them in plants.

Biologics Blog is a source of insights, information and analysis related to biologics, including the legal developments, trends and changing regulation that impact the biotechnology industry.

It is the mission of the Alliance to serve as an authoritative resource center for the public, medical community, the U.S. Food and Drug Administration and government regulators worldwide as biosimilars policies are developed and implemented.