Where in health am I? : Home / Health Cloud / Challenges / Drugs & Medications / Psychedelic

The goals of an intelligent life, according to Socrates, is to pursue the philosophic quest—to increase one’s knowledge of self and world ― Timothy Leary 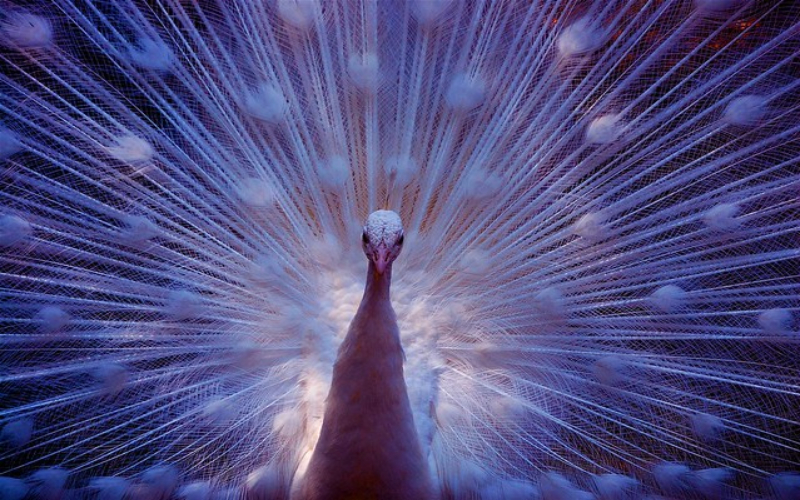 Can Psychedelics Be Therapy? Allow Research to Find Out

In the last few years, calls for marijuana to be researched as a medical therapy have increased. It may be time for us to consider the same for psychedelic drugs.

Two general classes of such drugs exist, and they include LSD, psilocybin, mescaline and ecstasy (MDMA).

All are illegal in the United States because they carry a high risk of abuse. They can also cause harm. The best-known adverse event is persistent flashbacks, though these are believed to be rare. More common are symptoms like increased heart rate and blood pressure, anxiety and panic.

Some people have pointed to anecdotal evidence of positive effects. Ayelet Waldman, a novelist and former federal…

I spent months talking to psychedelic guides and researchers. Here’s what I learned.

The New Science of Psychedelics

Recent studies are finding that drugs such as LSD and psilocybin can help to alleviate depression, anxiety and addiction—and may have profound things to teach us about how the mind works.

Can a Trip-Free Psychedelic Still Help People With Depression?

Psilocybin has shown promise for conditions like depression. Now, researchers are asking if the psychedelic experience is absolutely necessary to treat mental health.

Activists, entrepreneurs, and doctors in the US and Canada are working to decriminalize psilocybin psychotherapy and calling for a psychedelic revolution.

Is There A Case For Skepticism Of Psychedelic Therapy?

There’s been an explosion of interest in the use of psychedelics in psychiatry. Like everyone else, I hope this works out. But recent discussion has been so overwhelmingly positive that it’s worth reviewing whether there’s a case for skepticism. I think it would look something like this...

The research center, with $17 million from donors, aims to give “psychedelic medicine” a long-sought foothold in the scientific establishment.

Psychedelic Retreats And The Future Of Mental Health: A Review

Some of Silicon Valley’s most prominent investors are betting that the eventual legalization of psychedelics could create the next big frontier in the mental health industry. For instance, Peter Thiel is behind one company, Compass, that has reportedly already made tens of thousands of doses of the active ingredient in magic mushrooms, Psilocybin, for the treatment of depression.

Psychedelics to treat mental illness? Australian researchers are giving it a go

We’re now beginning to understand the neurological mechanisms responsible for the mystical states and creative thinking psychedelics can produce, and how they can aid the treatment of anxiety and depression. Psychedelics reduce the activity of a neural circuit in the brain called the default mode network (DMN).

Tim Ferriss, the Man Who Put His Money Behind Psychedelic Medicine

The author of “The 4-Hour Workweek” is behind a surge in funding for clinical research into psychedelic drugs.

A conversation with author Michael Pollan on becoming a “reluctant psychonaut.”

Some drugs have dynamite PR. Methamphetamine pervades pop culture, iconized by a scowling Walter White and his pork pie hat. Crack cocaine, a mainstay of big-city life since the 1980s, remains in public consciousness with the help of hapless Toronto Mayor Rob Ford. Even bath salts and their designer-drug consorts got some well-earned name recognition two summers ago, as sensational headlines howled of faces eaten and an imminent zombie apocalypse. Other drugs are less fortunate. They wilt into obscurity, remembered only in the footnotes of old news articles. Let us take you through five of the world’s most bizarre and forgotten drug fads.

A Trip That Doesn’t End

Hallucinogens are enjoying something of a revival: the drugs are being tried recreationally by nearly one in five American adults (approaching that of the nineteen-sixties), while being tested empirically for their powers to heal alcoholism and other addictions, anxieties from impending death, P.T.S.D., major depression, and even cluster headaches.

Are Psychedelics The Wonder Drug We've Been Waiting For?

Two new studies have found no link between psychedelic use and a wide suite of mental health conditions, including schizophrenia, psychosis, depression, anxiety disorders and suicide attempts.

Can Psychedelic Drugs Treat Mental Illness? Scientists Need Your Help To Find Out.

A new crowdfunding campaign seeks to raise $2 million to advance promising research that the government has largely neglected.

The prohibition of MDMA and hallucinogenic mushrooms restricts "cognitive liberty," according to some activists.

Do Psychedelics Drive You Crazy Or Keep You Sane?

For antiprohibitionists who are wondering what comes next after marijuana legalization, this class of drugs seems like a good place to start.

At respected research centers in the United States and other countries, scientists have spent much of their professional lives in drug rehabilitation. It is not because they themselves struggle with addiction. What they are trying to rehabilitate are the drugs. Their focus is on mind-altering compounds that fell far from grace nearly half a century ago, LSD prominent among them.

As it turns out, nutmeg contains a psychoactive element called myristicin, whose chemical structure shares similarities with mescaline, amphetamine, and ecstasy. A Dictionary of Hallucinations—let us pause for a moment to give thanks that we live in a world where such a reference exists—notes that nutmeg has been “reported to mediate visual, auditory, tactile, and kinaesthetic hallucinations (notably the sensation of floating).” This is not breaking news: the Benedictine abbess Hildegard of Bingen noted the mind-altering effects of nutmeg all the way back in the 12th century.

There is now an increasing push for more research into the potential benefits of psychedelics in medicine and in mental health. For example, psilocybin could help treat people with severe depression and LSD has been suggested to help people come to terms with a terminal illness. Obsessive Compulsive Disorder and treating alcohol dependence are two other areas where psychedelics could help. “Everything has some potential for negative effects, but psychedelic use is overall considered to pose a very low risk to the individual and to society,” Johansen said.

Researchers even found some associations between psychedelic drugs and fewer mental health issues.

Psychedelic Mushrooms And LSD Are Among The Safest Recreational Drugs, Survey Finds

New research into LSD and psilocybin makes a powerful argument against prohibition.

"The psychedelic experience has the potential to help a lot of people," said Daniel Miller, founder of the Psychedelic Society of Brooklyn.

The Promise of LSD Microdoses and Other Psychedelic

Research into psychedelics, shut down for decades, is now yielding exciting results.

Psychedelic drugs are poised to be the next major breakthrough in mental health care.

Can Psychedelics Be Therapy? Allow Research to Find Out

In the last few years, calls for marijuana to be researched as a medical therapy have increased. It may be time for us to consider the same for psychedelic drugs. Two general classes of such drugs exist, and they include LSD, psilocybin, mescaline and ecstasy (MDMA). All are illegal in the United States because they carry a high risk of abuse. They can also cause harm.

Founded in 2016, our first major initiative is developing psilocybin therapy through late-stage clinical trials in Europe and North America for patients with treatment-resistant depression. We are taking a new approach to mental health and are committed to developing care pathways and therapies that will help patients and their families, and ease the burden on healthcare systems. Backed by a team of leading experts in medicine, mental health, business, and academia, we put the patient at the centre of everything we do.

Since its creation by Amanda Feilding in 1998, the Beckley Foundation has been at the forefront of global drug policy reform and scientific research into psychoactive substances. We collaborate with leading scientific and political institutions worldwide to design and develop ground-breaking research and global policy initiatives.

Founded in 1986, the Multidisciplinary Association for Psychedelic Studies (MAPS) is a 501(c)(3) non-profit research and educational organization that develops medical, legal, and cultural contexts for people to benefit from the careful uses of psychedelics and marijuana.

Multiple articles including Humphrey Osmond's The Exploration of Experience 1957.

Learn more about hallucinogens and the problems they can cause...Hallucinogens.com helps you help yourself and others.