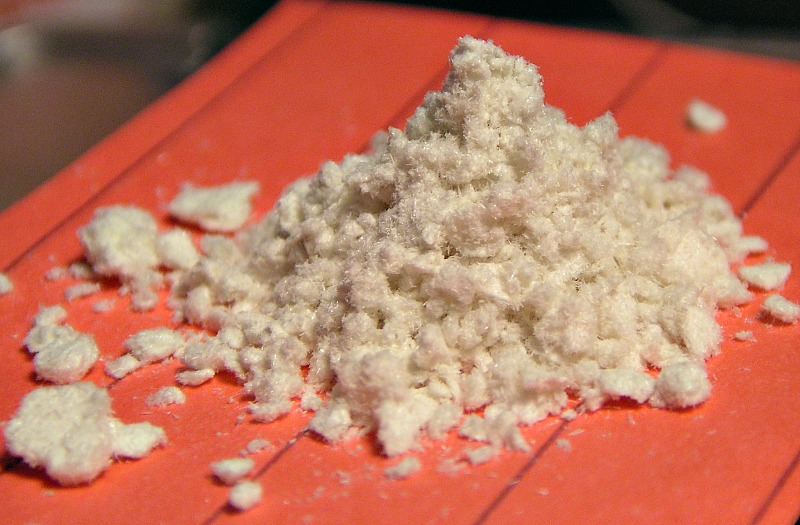 "Flakka," a new designer drug luring some young Americans, is even more potent and more addictive than its synthetic predecessors, which long skirted the law, experts say. "On the street, it's also called "gravel" for its white, crystal chunks. In the lab, it's known as a stimulant, part of a chemical class called cathinones, with the amphetamine-like effects of Molly and Ecstasy. In the media it's been dubbed "the insanity drug."

Indeed, flakka has fueled a recent, bizarre a spate of public behavior, all occurring in Fort Lauderdale, Florida. On April 4, a man who had smoked flakka ran naked in the streets, claiming people had stolen his clothes.…

FLAKKA: A New Dangerous Synthetic Drug on the Rise

Because flakka has flown under the radar for some time now, those who may be addicted often escape the attention that they need. The symptoms of addiction can be very similar to the overuse of other designer and/or ‘natural’ recreational drugs. For this reason hospital emergency rooms and drug counselors alike often fail to inquire about its presence during a flakka-related episode.

Flakka is a dangerous drug, but it doesn’t turn you into a zombie

Regardless, Flakka is a new and potentially dangerous synthetic drug. Flakka is a street name for alpha-PVP – a very potent synthetic cathinone drug. Synthetic cathinones are a new variety of amphetamine-like street drugs, which are commonly referred to as “bath salts.” Flakka is a very potent and inexpensive stimulant. In fact, it appears to be more potent than methamphetamine, and it is believed to have higher addictive potential. Flakka use has been found to be associated with paranoia, delusions and hallucinations (which may be somewhat dependent on frequent and/or extensive use).

For decades, South Florida has battled drug traffickers who ship boatloads of cocaine from South America. Now the region is dealing with a new epidemic - cheap, synthetic drugs that arrive from China through the mail.

alpha-Pyrrolidinopentiophenone (Alpha-PVP for the rest of us) is a stimulant and also one of the first 2nd generation bath salts. Take a minute to understand what that signifies. We’re creating new psychedelic substances (NPS) so fast that we’re getting refinements on substances that haven’t been popular for 5 years.

It is the latest in a series of synthetic drugs that include Ecstasy and bath salts, but officials say flakka is even easier to obtain in small quantities through the mail. Flakka's active ingredient is a chemical compound called alpha-PVP, which is on the U.S. Drug Enforcement Administration's list of the controlled substances most likely to be abused. It is usually made overseas in countries such as China and Pakistan.

Flakka is a designer drug that can be snorted, smoked, injected or swallowed. It may also be combined with other, softer drugs such as marijuana. Flakka is most typically made from the chemical alpha-PVP, which is a synthetic version of the amphetamine-like stimulant cathinone.

What Is Flakka? The New Designer Drug Is Apparently Even More Dangerous Than Bath Salts

Remember that guy in Florida who got high off of the street drug bath salts and ate another guy’s face off? It turns out we should all start fearing for our faces because of the proliferation of something called Flakka, a new drug that’s EVEN CRAZIER than bath salts.

On the street, it's also called "gravel" for its white, crystal chunks. In the lab, it's known as a stimulant, part of a chemical class called cathinones, with the amphetamine-like effects of Molly and Ecstasy. In the media it's been dubbed "the insanity drug."