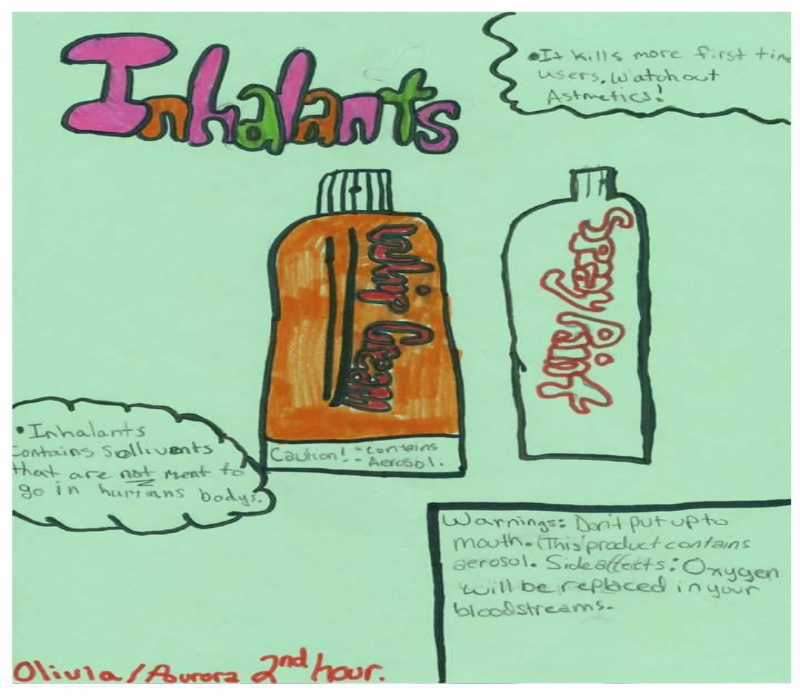 The Childhood Drug Abuse Epidemic No One is Talking About

If you were walking along the streets of a town in Morocco and came across a small empty tube of bicycle repair glue, chances are good that the cement wasn’t used to repair a tire. More likely is that an adolescent, around 13 – 15 years old, used the glue to get high. And in economically depressed cities around the world, he is just one of hundreds of thousands of children doing the same.

Solvent abuse (or what is often called "huffing" or “glue sniffing”) refers to the inhalation of any volatile chemical solvent, including those found in paint thinner, tire glue, nail polish, hairspray and even White Out. In low doses, the solvents cause euphoria akin to temporary drunkenness;…

A cheap high that never went away, huffing has caused many tragedies

"They're in a fog," he said of patients treated for huffing addictions. "They don't think straight. Their reasoning and logic is not what it would be at baseline. It's harder to get them to enhance their motivation and have a wise perspective."

Volatile substance abuse – a problem that never went away

These substances are not “glamorous” and their use is not associated with fashionable clubs, festivals or modern cultural movements. Few in the media demand that government “does more” in response to the harm they do. Nevertheless, the health and social harms of VSA are significant.

Inhalant abuse is real, and your child can be participating in this risky behavior right under your nose.

How To Launch A Nationwide Drug Menace

Inhalant use is rare in adults--and virtually unheard of among those who aren't living in abject poverty or suffering from severe mental illness. What could account for this? Why would these substances only be popular among little kids, the mentally ill and poor people?

Inhalant Abuse: What You Should Know

Welcome to a web-based training on inhalant abuse designed especially for parents and guardians by the New England Inhalant Abuse Prevention Coalition.

How is this possible, particularly in a country where considerably safer drugs like weed, booze, and Adderall are so readily available?

Is Your Child or Teen Huffing?

Inhalant abuse (commonly called "huffing") is the intentional inhalation of chemical vapors to attain a mental "high" or euphoric effect. A wide variety of substances, including many common household products, are abused by inhalers.

From hand sanitizer and mouthwash cocktails to household inhalants and bath salts, there has been plenty of media coverage surrounding teenage abuse of dangerous substances.

The Dangers of Inhalant Abuse

This is an educational PSA regarding the dangers of inhalant abuse. The PSA was produced alongside the National Inhalant Prevention Coalition.

We Asked an Eye Doctor if Poppers Really Make You Blind

The popular inhalant is more dangerous than you may think.

Amyl nitrite is the most well known of a group of chemicals called alkyl nitrites, usually referred to as poppers. Product names include rush, TNT, thrust, jungle juice, ram and kix. Poppers are an inhalant. The most common method of use is to hold an open bottle to your nose and breathe in hard.

The Childhood Drug Abuse Epidemic No One is Talking About

What makes solvent abuse a global childhood drug epidemic is that it disproportionately affects adolescents, especially males, in depressed regions of the world.

They're all over your house. They're in your child's school. In fact, you probably picked some up the last time you went to the grocery store. Educate yourself. Find out about inhalants before your children do.

The Alliance for Consumer Education is a 501(c)(3) nonprofit organization founded in 2000. The ACE mission is “to promote responsible and beneficial use of products to ensure a safer, healthier and cleaner environment in homes, businesses and the community.” Its core program areas are: Inhalant Abuse Prevention, Disease Prevention, Poison Prevention, and Product Management.

Informing those who are experiencing or have experienced someone involved with inhalant abuse.

Foundation for a Drug Free World

The Foundation for a Drug-Free World is a nonprofit public benefit corporation that empowers youth and adults with factual information about drugs so they can make informed decisions and live drug-free.

Although many parents are appropriately concerned about illicit drugs such as marijuana, cocaine, and LSD, they often ignore the dangers posed to their children from common household products that contain volatile solvents or aerosols.

Young people are particularly likely to abuse inhalants because they are easily available, inexpensive and their abuse carries no criminal penalties. These factors make inhalants, for some young people, one of the first substances to be abused.

Our understanding of the literature is that there is no such thing as safe use of most volatile solvents, aerosols or other street inhalants : their psychoactive effects may be inseparable from nerve and organ damage.

Inhalant abuse – also known as volatile substance abuse, solvent abuse, sniffing, huffing and bagging – is the deliberate inhalation of a volatile substance to achieve an altered mental state. Inhalant abuse is a worldwide problem that is especially common in individuals from minority and marginalized populations, and is strongly correlated with the social determinants of health.

If you're a parent, you may fear that your kids will use drugs such as marijuana or LSD. But you may not realize the dangers of substances in your own home. Household products such as glues, hair sprays, paints and lighter fluid can be drugs for kids in search of a quick high. Many young people inhale vapors from these not knowing that serious health problems can result.