There's a treatment for heroin addiction that actually works. Why aren't we using it? Jason Cherkis 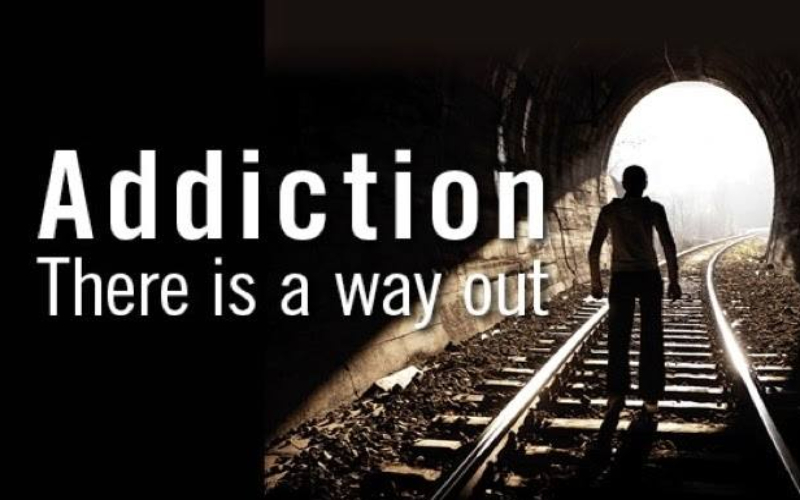 Prescription opioid abuse and its downstream effects have reached epidemic proportions in the United States. On May 26, the Food and Drug Administration (FDA) moved a step closer to providing help to those addicted to opioids by approving a new implant containing buprenorphine, an opioid replacement that can reduce the cravings of addiction.

Still, thousands of people who could benefit from the drug may not have access to it. If the implantable form is regulated in the same way as its oral counterpart – and there is no reason to believe it will not be – only certain doctors will be allowed to prescribe the drug.

As physicians and health policy scholars, we see a disconnect. Why make it harder to receive treatment than to receive a dangerous drug in the first place?

Despite alarming statistics and the significant attention focused on the epidemic, a hidden regulatory imbalance exists between two types of opioids – those prescribed for pain and those prescribed to treat opioid addiction.

As physicians, we need to obtain only a license from the Drug Enforcement Agency (DEA) in order to prescribe opioid painkillers. Maintaining it requires a licensing fee every three years, but there is no mandatory training on how to safely prescribe these medications and no requirements to monitor patients who receive them. There is, in short, little oversight.

In contrast, heavy regulations restrict those providers wishing to treat addiction by prescribing buprenorphine, the mainstay of medication-assisted treatment for opioid addiction outside of methadone clinics. Although buprenorphine was approved by the FDA in 2002, it remains underused, far below the levels needed to meet the growing number of individuals requiring treatment.

Rates of buprenorphine use are low not because physicians are unaware of it or believe it to be ineffective. It’s largely because obtaining and maintaining the right to prescribe it are onerous for treating an already challenging population.

Physicians must first complete buprenorphine-specific training and receive a waiver from the DEA. Once certified, they must maintain strict logs pertaining to treatment. They are allowed to treat no more than 100 patients with buprenorphine at a time.

Not just a physician problem

Recently, we wrote about the challenges and proposed solutions for how policymakers and physician leadership should approach this asymmetry between the accessibility of opioids for treatment and pain. One important component missing from our piece, however, was the other imbalance faced by nurse practitioners (NPs) and physician assistants (PAs).

These two professions have received clinical education and training that is similar to that of physicians, and practice autonomously in many parts of the country. They can prescribe opioids for pain. However, regardless of their interest in treating addiction, they are not allowed to prescribe buprenorphine. This is particularly problematic because these “physician extenders” provide a significant proportion of health care in rural areas, which are often hit hardest by the epidemic.

While the number of opioids prescribed by NPs and PAs is small relative to those prescribed by physicians, it nonetheless creates a further imbalance whereby these providers can contribute to the problem but not the solution. Federal legislation has been proposed to rectify this and expand buprenorphine waivers to eligible NPs and PAs, a measure that has been approved by a U.S. Senate committee.

Also recognizing the need to address the epidemic in a more balanced manner, the U.S. House recently passed 18 bills related to opioids in an effort to address the epidemic. Congress will now try to reconcile these with a comprehensive Senate bill passed earlier in the year. These measures have bipartisan support, but how much funding will be appropriated to them remains to be seen.

This discussion is timely. Despite recent evidence that the number of prescriptions written for opioid painkillers is declining, an encouraging sign, deaths due to overdoses continue to rise. Efforts to curtail prescribing patterns may prevent more individuals from becoming addicted, but they will do little to help those who already are.

Implantable buprenorphine may be an important advance in treatment for this addiction, but limitations will likely exist in addition to the regulation of providers. Cost and coverage may be barriers. The placement and removal of an implant are surgical procedures that will require adequate training and additional expenses.

There’s already a simpler and better way to get buprenorphine to people who need it. Let’s start by easing the path for providers, including NPs and PAs, to prescribe opioids for pain to help treat those with addiction.

Source: Jeffrey Hom & Krisda H. Chaiyachati, Why it’s easier to be prescribed an opioid painkiller than the treatment for opioid addiction, The Conversation, May 30, 2016.

Deregulating buprenorphine would make it far easier for Americans to get addiction care from their own doctors instead of being pushed through bureaucratic hoops and into treatment programs of varying quality, said Dr. Andrew Kolodny, the co-director of the Brandeis University Opioid Policy Research Collaborative. Currently, just 1 in 20 doctors have obtained the license necessary to prescribe it.

Despite an opioid crisis, most ERs don’t offer addiction treatment. California is changing that

The moment that helped him survive came in October 2017, when he went to an emergency room not due to an overdose or an injection-related infection but to seek treatment for addiction. Unlike most hospitals in the US, Marshall Medical Center, an hour’s drive east of Sacramento, provided him with real treatment — particularly, buprenorphine, a highly effective medication that treats opioid addiction by mitigating withdrawal and cravings for the drugs.

How France Cut Heroin Overdoses by 79 Percent in 4 Years

And the United States could, too.

The states with the highest Medicaid prescribing rates for the anti-craving drug buprenorphine — Vermont, West Virginia, Kentucky, Montana and Ohio — all expanded the program.

When an Iowa Family Doctor Takes On the Opioid Epidemic

Few primary care doctors are willing to do what Nicole Gastala has: endure the challenges of prescribing buprenorphine, a medication for opioid addiction.

Daily dose buprenorphine was approved by the Food and Drug Administration (FDA) in 2002 and has proven to be effective in the treatment of opioid use disorders (OUD). However, daily doses require patients to recommit to taking medication every day and can result in cravings near the end of the 24-hour cycle. Although the National Institute on Drug Abuse (NIDA) did not fund this current study, it did support the development of buprenorphine as a treatment for OUD. NIDA’s support also contributed to the development and approval of another long-acting buprenorphine formulation -- a six-month subcutaneous implant for some patients who have stabilized on daily dosing (Probuphine®).

The main difference between Subutex and Suboxone is in regard to their abuse potential. Due to the presence of naloxone, Suboxone may be less likely to be abused. As a result, this may be the best choice for those suffering from severe addictions or those who have been through treatment before and relapsed.

So why are only 3 percent of doctors prescribing it?

Arcane rules and outdated beliefs about addiction are keeping many people from getting treatment.

France had a big heroin epidemic in the 1980s and ’90s. Here’s how the country fixed it

In 1995, France made it so any doctor could prescribe buprenorphine without any special licensing or training. Buprenorphine, a first-line treatment for opioid addiction, is a medication that reduces cravings for opioids without becoming addictive itself. With the change in policy, the majority of buprenorphine prescribers in France became primary-care doctors, rather than addiction specialists or psychiatrists. Suddenly, about 10 times as many addicted patients began receiving medication-assisted treatment, and half the country’s heroin users were being treated. Within four years, overdose deaths had declined by 79 percent.

Even though buprenorphine can be used to treat opioid addiction, its efficacy is limited by the potential lack of adherence to daily, sublingual doses. To help increase medication compliance among patients undergoing buprenorphine treatment in the country, the FDA approved the first buprenorphine implant for the treatment of opioid dependence in May 2016. Called Probuphine...

How to Treat an Opioid Epidemic

As an opioid drug itself, bupe is a pharmacological replacement therapy, like methadone, the classic anti-addiction opioid medication. It prevents withdrawal symptoms and suppresses drug craving, and usually comes as a filmstrip that dissolves under the tongue. Bupe has some clear advantages over methadone. Its chemical properties make it less risky if taken in excess. And unlike methadone, which must be dispensed in clinics tightly regulated by the DEA, bupe can be prescribed by any qualified physician, who can refill a month’s worth of the drug from his or her office.

Methadone and Buprenorphine 101: A Guide for Law Enforcement

Methadone and Suboxone can be abused and diverted, but are far less likely to be than street opioids or prescription pain medications.

We Know How to Treat Opioid Addiction

But our antiquated conceptions of addicts prevent us from doing so.

What Is the Difference Between Buprenorphine, Subutex and Suboxone?

The generic drug buprenorphine, which is marketed under the brand names Subutex and Suboxone, can help you face the challenge of withdrawal and increase your chances of long-term recovery.