Where in health am I? : Home / Health Cloud / Challenges / Drugs & Medications / Substance Use Disorder / Opioids / Oxycodone

You won’t believe how committed I am to make OxyContin a huge success - Richard Sackler, 1999 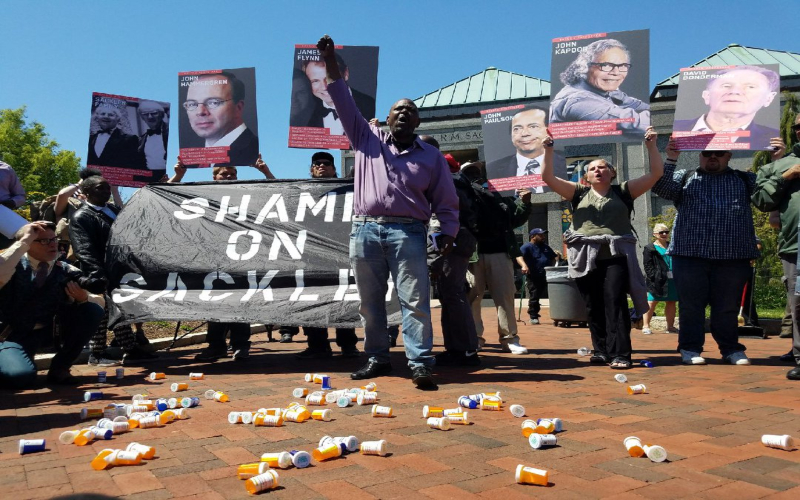 The trips to resorts in the sun traps of Florida, Arizona and California were a great chance for medics to network, take a break from patients and learn about new treatments. There were even freebies – fishing hats, cuddly toys to take back for the kids, music CDs. And the visits were all expenses paid.

But such events laid the groundwork for a national crisis.

From 1996 to 2001, American drug giant Purdue Pharma held more than 40 national “pain management symposia” at picturesque locations, hosting thousands of American doctors, nurses and pharmacists. The healthcare professionals had been specially invited, whisked to the conferences to be drilled on promotional material…

Tasmania's ascendency in the global opioid market is often attributed to the island's location...

He is one of the most elusive yet notorious figures in medicine. He is so private that few public photographs of him exist. And for years, he and his lawyers have rebuffed efforts to unearth details about his role in building the colossus of OxyContin, the opioid painkiller.

OxyContin Made The Sacklers Rich. Now It’s Tearing Them Apart.

The maker of OxyContin tried to make it harder to misuse. It may have led to more heroin deaths.

That doesn’t mean the reformulation was a bad idea — but it shows the change wasn’t enough.

Purdue Pharma and the Sackler family have agreed to a tentative settlement, according to news reports.

The Opioid Reckoning Will Not Be Just

Opiate medications likewise serve as powerful tools to relieve suffering, and can very easily cause it. The drugs are analogues of heroin, the potent opiate that has long been almost universally synonymous with danger—with arrests, needles, rock bottom, death. But heroin has killed far fewer people than legal opioid pills in the past two decades. Of the more than 250,000 deaths in the United States from opioid-related overdoses, a minority involved heroin.

The Truth About Painkiller Addiction

Amid an opioid crisis, authorities overestimated the danger of prescription painkillers—while doing too little to identify patients at risk of addiction.

Is The Era Of OxyContin Abuse Over?

The age of OxyContin may well be ending, at least in terms of abuse; but America’s state of pain is only going to get worse, and dealing with that will take more than fixing a pill.

Origins of an Epidemic: Purdue Pharma Knew Its Opioids Were Widely Abused

A confidential Justice Department report found the company was aware early on that OxyContin was being crushed and snorted for its powerful narcotic, but continued to promote it as less addictive.

OxyContin maker was the market leader in total oxycodone sold, based on dosage strength, during a seven-year period reviewed by WSJ

Clearing away the myths surrounding the OxyContin “epidemic.’

The Dirty Secret Behind America's Addiction to Painkillers

A new investigation shows Oxycontin doesn't last nearly as long as advertised for many patients.

Aggressive marketing of painkillers made from opium poppy led to a generation of addicts and the deaths of almost 100 people a day from overdoses.

Oxycodone, as found in OxyContin or Percocet, is a powerful painkiller and one of the most commonly abused prescription drugs in the country.