Skittles, red devils, vitamin D: ever noticed a teen texting these words to a friend? Odds are she isn't referring to candy or vitamins - #NotMyTeen 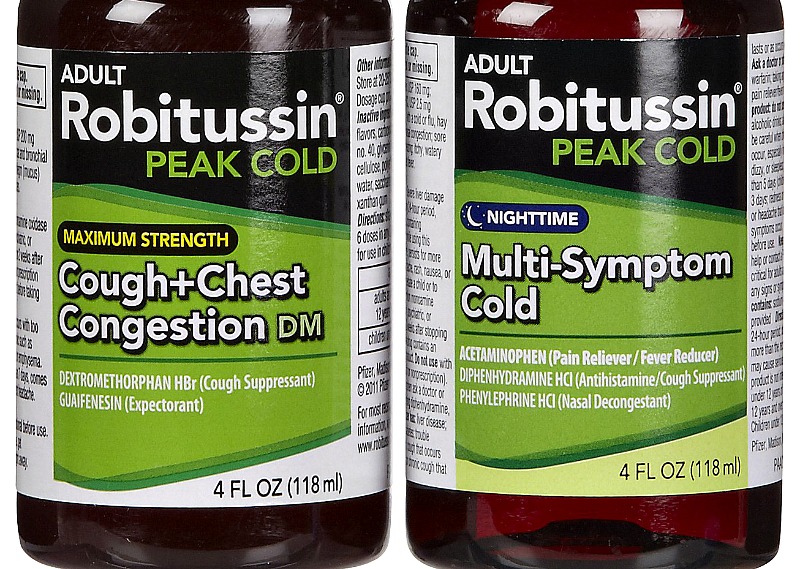 “It’s just cough medicine! Why do you want to see my ID?” asked a frustrated customer at the pharmacy counter. The woman was quite annoyed when asked to provide identification to purchase medication that she had been using for cold symptoms since childhood.

“It’s not the stuff people use to make meth, right?” she questioned.  She was correct. The product was not the over-the-counter (OTC) congestion relief medication (pseudoephedrine), which is an important ingredient in manufacturing methamphetamine, but rather the cough medicine dextromethorphan (DXM). DXM can also be abused but many people are unaware of the dangers related to misuse of DXM.

While you may not have heard…

Dextromethorphan (3-methoxy-N-methylmorphinan), also known as “DXM” and “the poor man’s PCP,” is a synthetically produced drug that is available in more than 140 over-the-counter cough and cold preparations. Dextromethorphan (DXM) has overtaken codeine as the most widely used cough suppressant due to its availability, efficacy, and safety profile at directed doses. However, DXM is subject to abuse.

The Dangers of Teens Abusing Cough Meds With Dextromethorphan

High doses of this common over-the-counter cough suppressant can have devastating effects.

4 Insane Details of Cough Syrup Addiction (An Inside Look)

Even more baffling (or mind-blowing, if you will) is the fact that it didn't happen when I was in high school, which is generally the age at which we're expected to guzzle disgusting red slime for a cheap high. Maybe "expected" is too strong of a word there. The point is, it happened when I was in my early 30s, and it's really not as funny as it sounds. I'm going to do my best to make it seem like it was, though, because that's my job.

An Ingredient in Cough Syrup Could Work as an Antidepressant

The US government first chanced upon DXM about 50 years ago while researching a non-addictive replacement for codeine in cough syrups. Researchers were looking for molecules that shared codeine’s molecular structure. DXM molecules looked like codeine and stopped the cough well enough, but otherwise couldn’t be more different, Kaplin says. Codeine is a narcotic, which in high doses leads to a sense of euphoria, sleepiness, and calm. DXM, on the other hand, is a hallucinogen that can trigger psychosis in high doses. But that didn’t stop the government from allowing its use: The drug remains over-the-counter, even though studies have suggested DXM might not help with cough at all.

CHPA supports federal and state legislation to ban the sale of over-the-counter cough medicines containing dextromethorphan (DXM) to minors (those aged 17 or younger) and to ban the sale of raw, unfinished DXM to ensure only entities registered with the FDA – such as scientists, researchers, and manufacturers – have access to this form of the ingredient.

Ever heard of DXM? If not, don’t worry. You’re not alone.

I Was a Cough Syrup Junkie

During second semester I got a nasty cold. I bought NyQuil and drank twice the recommended dosage before I went to bed. As I drifted off to sleep, I felt like I was tumbling down inside a warm, dark, quiet cave. When I woke up I realized cough medicine could get me high if I drank enough. So I did it again. And again. And again.

The Dangers of DXM

Dextromethorphan (DXM), the active ingredient in cough suppressants, has long been abused by teens looking for a cheap, accessible, high. But the danger comes when users take multiple times the recommended dose.

Generally speaking, taking doses of DXM that are higher than recommended may cause mildly euphoric and stimulating effects similar to those produced by ecstasy. At even higher doses, the drug's "stoning" effect increases and hallucinations and out-of-body experiences similar to those caused by the drug ketamine may occur.

Management of dextromethorphan toxicity is almost entirely supportive because there is no known antidote for the drug.

So why are people chugging distasteful cough syrups that we all tried to avoid as children? Well, there are supposedly four plateaus or “levels” of effects that DXM produces.

DXM is an abbreviation for the drug dextromethorphan, which is an effective cough suppressant ingredient found in many over-the-counter cough medicines. When taken according to directions, products containing DXM produce few side effects and have a long history of safety and effectiveness. When abused, DXM has dissociative effects and can cause serious damage, like illicit drugs.

The prevention campaign StopMedicineAbuse.org and its Five Moms initiative is working to alert parents and members of the community about the problem of teen abuse of over-the-counter (OTC) cough medicines containing dextromethorphan (DXM).

Draw your own conclusions about DXM. All information comes directly from medical research, reliable news sources, and people who have abused DXM.

When taken as directed, DXM is a safe cold medicine. When abused at higher doses, DXM can be lethal.

This Week in Drugs

DXM has the chemical formula C18H25NO and has the properties of a sedative, dissociative, and even a stimulant at various dosages.

DXM is a widely available over-the-counter cough suppressant. When taken far above its standard medical dosage, it is a strong dissociative used primarily by teens.