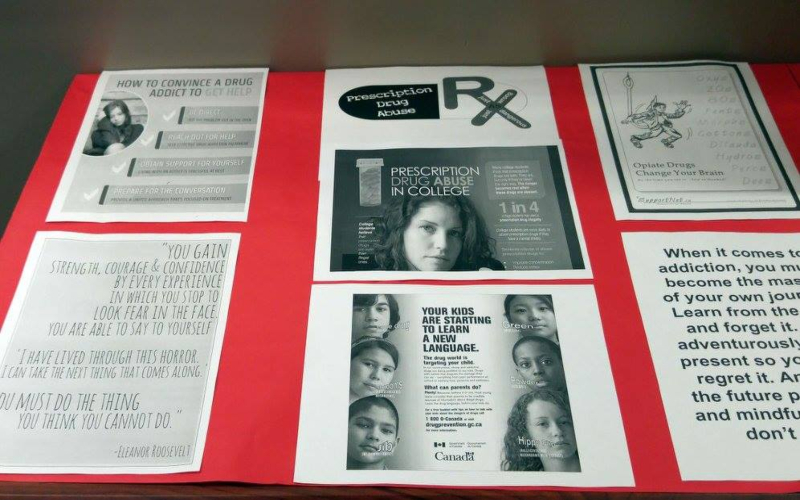 What the studies found

The first study identified sources of prescription drugs commonly abused by high school seniors. The researchers focused on three types of prescription meds—tranquilizers, stimulants and opioids—and tracked their sources and motivations for use across a group of 18,549 students. A second…

A quarter of all adults in Britain take prescription medication for pain, anxiety, depression or insomnia, and half of those people had been taking the drugs for a year or more, according to a government report released this week.

It’s no surprise that prescription drug addiction in the UK is on the rise – I should know, they nearly killed me

Ever since I’d started taking the painkiller, I’d had urges and impulses telling me to kill myself. I was sure it was the drug – but the doctor wouldn’t listen, and increased my dose sixfold.

One Employer Fights Against Prescription-Drug Abuse

There may be plenty of consumer demand for prescription painkillers in America, but it still pays to advertise, says George. When he was first breaking into the industry, what went on in a strip-mall pain clinic was basically unknown.

Americans Have Been Addicted to Prescription Opiates Forever

Whether humans first used opiates to soothe pain or create pleasure is akin to asking about the precedence of chickens or eggs. In the wild, opiates come from poppies, the “joy plant” that ancient Sumerians cultivated as far back as 3400 BC.

Clamping down on prescription painkiller abuse

The Food and Drug Administration has called the abuse of prescription painkillers a "major public health challenge." On Friday, the FDA wrapped up a hearing on the drugs including oxycodone, Vicodin and Percocet. These painkillers do their job well -- but come with a big risk.

If Prescription Drug Addiction Is a Disease, Why Does the Law Make It So Hard to Get Treatment?

Many opioid addicts want to try to quit with the help of medication, but tight federal rules can make those difficult to get.

Infographic: When Parents Talk about Prescription Drug Abuse, Kids Listen (Even If They Pretend Not To)

In the age of smartphones, teens are so immersed in media that it may seem hard to get their attention. SAMHSA recently found that one in five parents of teens didn’t think they had much influence on whether their teen used substances. Even worse, one in ten parents of teens hadn’t spoken to their child about substance use within the past year. The thing is – parents actually do play a huge role in whether their children end up abusing substances. Kids who learn about the dangers of prescription drug abuse from their parents were significantly less likely to use substances than those who did not.

Some of the most common and most powerful prescription painkillers on the market will be restricted sharply in the emergency rooms at New York City’s 11 public hospitals, Mayor Michael R. Bloomberg said Thursday in an effort to crack down on what he called a citywide and national epidemic of prescription drug abuse.

Prescription Overkill: Are Americans Taking Too Many Pills?

Americans take pills for everything including increased energy, weight loss, pain and medical conditions. Roughly 59-percent of Americans, or 3 in 5, are taking a prescription of some kind. It is also estimated that roughly 15-percent of the population takes more than five prescriptions daily.

Lock Your Meds® is a national multi-media campaign designed to reduce prescription drug abuse by making adults aware that they are the “unwitting suppliers” of prescription medications being used in unintended ways, especially by young people.

MAPDA is a dedicated group of advocates driving solutions that prevent prescription drug abuse before it starts and supports students in recovery.

Drug overdose death rates in the United States have more than tripled since 1990 and have never been higher. In 2008, more than 36,000 people died from drug overdoses, and most of these deaths were caused by prescription drugs.

Use Only as Directed

Currently, the number one growing concern in Utah is non-medical use of prescription pain medications, due to their easy availability.

When some people think about drug abuse, they often picture a person roaming the streets to purchase illegal drugs. In fact, more and more people are turning to their own medicine cabinets to get high. Prescription drug abuse affects people of all ages and walks of life.

Prescription drugs that are abused or used for nonmedical reasons can alter brain activity and lead to dependence.

While past-year misuse of any prescription drug among 12th graders has steadily and slowly dropped since 2015, prescription and over-the-counter drugs are the most commonly misused substances by Americans age 14 and older, after marijuana, alcohol, and tobacco cigarettes.

An increasing problem, prescription drug abuse can affect all age groups, but it's more common in young people. The prescription drugs most often abused include painkillers, sedatives, anti-anxiety medications and stimulants.

Experts don't know exactly why this type of drug abuse is increasing. The availability of drugs is probably one reason. Doctors are prescribing more drugs for more health problems than ever before. Online pharmacies make it easy to get prescription drugs without a prescription, even for youngsters.

Taking prescription drugs in a way that hasn't been recommended by a doctor can be more dangerous than people think. In fact, it's drug abuse. And it's just as illegal as taking street drugs.