Where in health am I? : Home / Health Cloud / Challenges / Drugs & Medications / Thalidomide 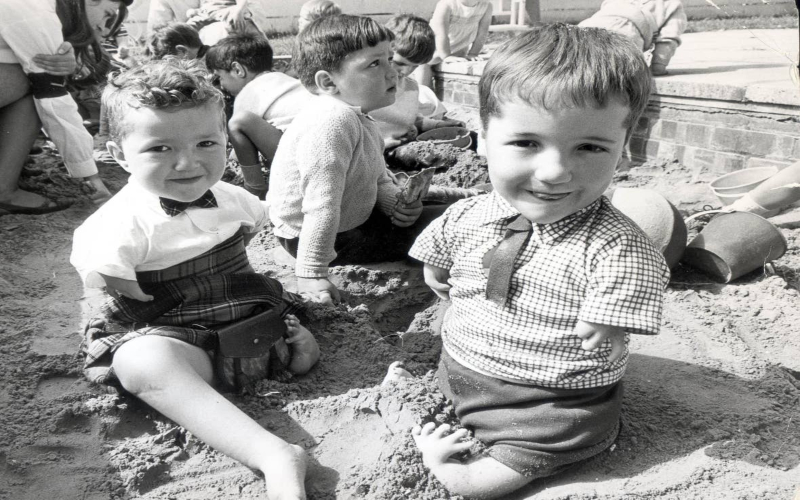 If Frances Kelsey Could Protect America From the Pharmaceutical Industry in 1962, Congress Can Today

Sometimes it takes a scandal to get the public's attention, but it also helps to have a courageous figure who takes on big business to protect public health and safety. This David vs. Goliath conflict not only makes good drama. It can also make good public policy. And that's exactly what happened a half century ago when Frances Kelsey almost singlehandedly took on the pharmaceutical industry.

You've probably never of her, but she may have saved your life. In the early 1960s, Kelsey -- a doctor and research scientist with the FDA -- saved thousands of babies from severe birth defects by stopping a big pharmaceutical company from marketing the drug thalidomide. Equally…

The real story behind a great medical disaster

Thalidomide, despite its sordid past is undergoing a sort of renaissance and is being manufactured and used worldwide for a variety of illnesses including leprosy.

Born Without Arms or Legs: The Secret Legacy of Thalidomide

One of the horrific and still negligently under-reported legacies of the Baby Boom era was the widespread use of thalidomide by pregnant women, which led to countless, yet still vastly undocumented, cases of children born in the United States and abroad with severe deformities, including the lack of limbs, hands, fingers and toes.

From the Holocaust to Thalidomide: A Nazi Legacy

We seem to be confronted almost daily by evidence of our mistakes. What more will it take for us to learn and put people and ethics above power and profits?

The broad strokes of thalidomide causing thousands of birth defects are well known. But the details are important to understand the implications to regulation, and to science-based medicine, today.

The belief that America avoided the thalidomide tragedy has persisted for nearly 50 years now, but we believe we have discovered evidence that casts doubt on the story. Newly uncovered and translated documents, combined with new medical advances that help us to better understand how thalidomide works, suggests that there may be many victims in the United States that were never identified.

I just woke up one day and thought 'Oh my God, I'm disabled. I don't have any arms'.

Victims of thalidomide said on Saturday an apology from the German inventor of the drug that caused birth defects in thousands of babies around the world was too little too late.

Despite the uniqueness of the thalidomide story, no previous oral history project had been attempted. We collected life stories from a sample of 18 people impaired by the drug, adopting a multiple biographies approach with a semi-structured schedule of questions...

With each baby born to me in my 30's, I counted fingers and toes and marveled at the redness of their faces with each cry. Now I read the endless diatribes about the re- release of thalidomide, and I shudder as I recall the children on that floor. "Only one more" thalidomide baby would be one too many. And I think of the AIDS and cancer patients for whom thalidomide is the last bastion of hope. And suddenly, the definition of "moral dilemma" hits me.

Thalidomide: timeline of a scandal

It has taken half a century for the victims of birth defect pregnancy drug Thalidomide to receive an apology from its German inventors.

If Frances Kelsey Could Protect America From the Pharmaceutical Industry in 1962, Congress Can Today

Sometimes it takes a scandal to get the public's attention, but it also helps to have a courageous figure who takes on big business to protect public health and safety. This David vs. Goliath conflict not only makes good drama. It can also make good public policy. And that's exactly what happened a half century ago when Frances Kelsey almost singlehandedly took on the pharmaceutical industry.

I must confess that blogging is a whole new ball game to me. I want to say so much about so many things that I’m not too sure where to start. Born and brought up in Cardiff South Wales (UK) I am the eldest of three children from parents who are of Irish decent. But what makes me unique is that I am one of the 1960’s generation of so-called Thalidomide Children, who are now fast approaching middle age. What a thought. Those kids from yesteryear looking so cute on the television doing all sorts of “tricks” — are now entering a mid-life crisis.

New, independently verified, research shows that the German government inappropriately and unconstitutionally influenced the 1970 criminal trial of Grünenthal (German manufacturer of Thalidomide) leading to its premature cessation. The German government of the time also suppressed evidence. Their actions contributed to European Thalidomide survivors being deprived of a just settlement to fully cover their life-long health and independence needs.

Thalidomide - What the Papers Said

This blog provides newspaper cuttings, links to media and comment on the history of the thalidomide campaign from 1962 onward. It look at what is happening today and provides comment and links to relevant online media

The Thalidomide Society was formed in 1962 by the parents of children with disabilities caused by thalidomide, which was dispensed under the name of Distaval in the UK. It was formed primarily as a support group for thalidomide affected children, their families and carers as there was little or no help from the UK government and health authorities following the birth of their often severely impaired baby. Their cause was taken up by Lady Hoare, wife of the then Lord Mayor of London, who established a charitable trust to support the Society and also children born with similar dysmelic conditions.

Today the drug thalidomide is used for a number of illnesses. Thalidomide UK continue to monitor the drug and campaigns for stricter guidelines. We are not against the use of the drug has long as safety comes before profits and it is never given to male/female during pregnancy.

The aim of the Trust is to provide relief and assistance for those people born, in the United Kingdom, damaged as a result of their mothers having taken the drug Thalidomide (as manufactured by Distillers Biochemicals Limited) during their pregnancy.

Changing, challenging and facing the future.

The Irish Thalidomide survivors society is a non-profit and totally voluntary organisation formed to represent, assist and support Irish Thalidomider’s, and persons with other congenital disabilities attributable to the effects of other drugs, which cause tetragenic problems. The Society acts selflessly; it does not pursue its own economic purposes.

The Thalidomide Victims Association of Canada is a non-profit charitable organization, which represents over a hundred Canadians who were born disabled as a result of the thalidomide drug, a drug prescribed in the late fifties and early sixties to pregnant women to relieve morning sickness. Members of the organization define themselves as "thalidomiders".

Keeping you in the know on issues related to Thalidomide.

Thalidomide works on the immune system to reduce inflammation. It also interferes with the growth of multiple myeloma cells, which are eventually destroyed in the body. Thalidomide is an antineoplastic (cancer medicine) and leprostatic agent.

The thalidomide disaster is one of the darkest episodes in pharmaceutical research history. The drug was marketed as a mild sleeping pill safe even for pregnant women. However, it caused thousands of babies worldwide to be born with malformed limbs. The damage was revealed in 1962. Before then, every new drug was seen as beneficial. Now there was suspicion and rigorous testing.

This website is a resource for information about THALOMID® (thalidomide) and the THALOMID REMS® program.