The ear is like the volume knob and the brain is the antenna - Dr. Christopher Chang 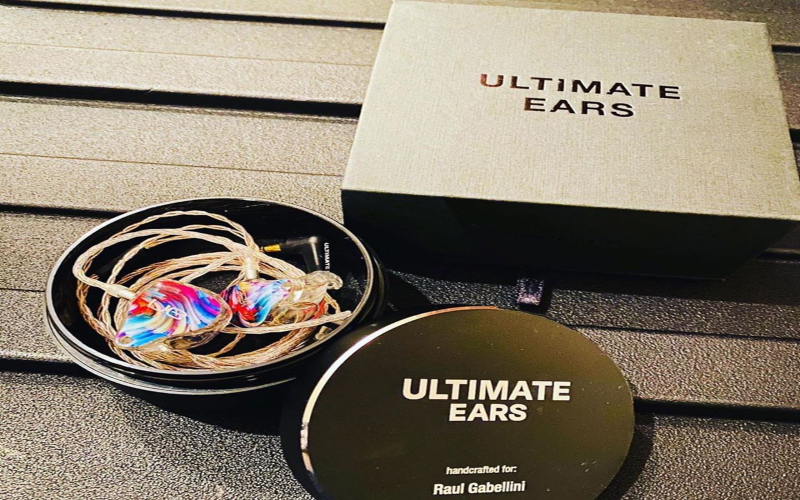 image by: The Custom IEM Company

But many bring attention to important issues, such as World Hearing Day, which took place on March 3. Originally designated as International Ear Care Day at the First International Conference on Prevention and Rehabilitation of Hearing Impairment in Beijing in 2007, the World Health Organization (WHO) describes World Hearing Day as "an annual advocacy event [... that] aims to raise awareness and promote ear and hearing care across the world." To that end, each year the WHO comes up with a new theme. This year that theme is "Check your hearing!," with the WHO providing various pertinent media, including a free app that helps people do just that.

But you can pretty much disregard any specific theme in light of the fact that once your hearing is permanently damaged, there is no fixing it. So the bottom line to World Hearing Day is simply: Take care of what you got.

However, with the ubiquity of portable sound-playing devices over the last four decades, a lot of people⎯particularly younger people⎯are doing the opposite. One of the earlier studies documenting this appearing the Journal of the American Medical Association in 2010. By comparing audiometric data from a cross-section of almost 3,000 kids 12–19 years old between 1988 and 1994 with similar data collected from about 1,800 subjects in the same age range in 2005–2006, researchers found that "hearing loss increased significantly from 14.9% [...] in 1988–1994 to 19.5% [...] in 2005–2006." In other words, almost one-third more people in that age group showed some degree of permanent hearing damage in 2006 than in 1994.

And it's not like things have gotten better since then. As the WHO noted in 2015, "Data from studies in middle- and high-income countries analysed by WHO indicate that among teenagers and young adults aged 12–35 years, nearly 50% are exposed to unsafe levels of sound from the use of personal audio devices [...]."

“As they go about their daily lives doing what they enjoy, more and more young people are placing themselves at risk of hearing loss,” said Dr. Etienne Krug, WHO Director for the Department for Management of Noncommunicable Diseases, Disability, Violence and Injury Prevention. “They should be aware that once you lose your hearing, it won’t come back. Taking simple preventive actions will allow people to continue to enjoy themselves without putting their hearing at risk.”

Hearing damage results from a combination of volume and duration of exposure. While sounds under 75 decibels (dB) are unlikely to damage your hearing no matter how long you listen (for context, a Yale decibel level comparison chart lists a telephone's dial tone at about 80 dB), as the volume level rises, the maximum time for safe exposure diminishes. For example, according to the WHO you'd be risking damage if you spent more than two-and-a-half hours mowing the lawn (90 dB), while only 15 minutes under a hair dryer (100 dB) brings you into the danger zone.

Although the maximum headphone output level varies somewhat from device to device⎯in 2016 the CBS Evening News reported that iTunes maxes out at 102 dB, while in 2009 Time magazine noted that iPod output levels had been measured up 115 dB⎯listening to just a few songs at top level is enough to damage your hearing. Permanently.

That's why the experts have developed the "60/60 rule": limiting uninterrupted listening on such devices to 60 percent of maximum volume to 60 minutes.

"Ears that get a break from the loud, continuous noise or sound are less likely to suffer continuous damage," ear/nose/throat specialist Dr. Sreekant Cherukuri told the Chicago Tribune.

The latter consideration is why noise-cancelling headphones⎯whether in-ear or over-the-ear⎯are superior options when it comes to ear safety. Because they filter out most or all ambient noise, you do not need to turn them up as loud to hear the music.

Based on the data, properly caring for one's ears is a message that is not yet fully being heard. The Centers for Disease Control reports that nearly 10 percent of Millennials⎯few of whom have even turned 30 yet⎯already has some form of hearing loss. And although music-listening is far from the only activity that can damage one's hearing, when you consider that over half of all people ages 20 to 69 who have hearing damage from noise report no on-the-job exposure, the identity of the main culprit becomes fairly clear. To put the prevalence of hearing damage into context, the CDC notes that nearly twice as many people report hearing loss as report diabetes or cancer.

So it's a big problem, and the WHO fears it's only going to get bigger. "To date, approximately 466 million people are affected by hearing loss," the organization says. "This figure is expected to be closer to 900 million by 2050."

But for many people⎯probably including you⎯noise-related hearing loss is a completely avoidable problem.

It's surprisingly easy for your headphones to damage your hearing

Here’s how to keep your ears in good shape—so you aren’t kicking yourself 10 years down the road.

A clogged or ringing ear may belie a more serious health problem.

What Happens When You Always Wear Headphones

I realize the dangers inherent in this overall trend—I might even go so far as to call it “socially alienating” and “destructive of relationships”—but I nevertheless feel it’s inexorable.

New studies of causes and treatments for deterioration in your brain’s ability to decode words in loud situations, also known as hidden hearing loss.

For many patients, it can be difficult to alter existing travel plans due to illness, so it is important that we educate patients about what to do if they experience trauma to the ear and symptoms persist after flying.

Flying and Your Child's Ears

If your child has an ear infection, your doctor may recommend delaying flying, if possible, until the infection is gone to avoid increased pain and possible rupture, or tear, of the eardrum. In kids who have had tubes inserted in the eardrums because of ear fluid problems, the artificial tubes will help the air pressure equalization happen more easily.

Hearing and Understanding ONE Voice Among Many Sounds

Have you ever wondered how is it that a normal hearing human being can hear and understand one person talking in an environment where there are many other people talking just as loudly be it a restaurant, conference, county fair, etc?

According to one Australian researcher, by just chewing a gum or singing/talking loudly, one could be protecting your ears from noise-induced hearing damage. How???

A common cause of clogged ears with inability to pop them easily is due to eustachian tube dysfunction. There are a number of ways to address this annoying problem, but one of the first steps to try is intranasal medications whether in nasal spray form or nasal drop form.

Why does the company want to make it easy for doctor's and parents to peer inside their kids' heads? Because ear infections are the number 1 reason children are taken to see pediatricians and often why they end up in the emergency room.

Should Hearing Aids Be Sold Over-the-Counter?

Should hearing aids be sold at local pharmacies like a pair of reading glasses? It is a question that federal lawmakers are now considering with bipartisan legislation to create a new category of hearing aids sold over-the-counter for people with mild to moderate hearing loss.

Teens (People) Who Listen to Music Loudly... A Possible Solution

Now parents may not like this, but I do have a possible solution to getting teenagers to turn the music volume down so not to damage their hearing... Get them noise-cancelling headphones

That Wax in Your Ear Shouldn't Be a Burning Candle

utm_source=feedburner&utm_medium=feed&utm_campaign=Feed%3A+wsj%2Fhealth%2Ffeed+%28WSJ.com%3A+Health+Blog%29&mod=smallbusiness Consumers should “steer clear of ear candles – hollow cones that are about 10 inches long and made from a fabric tube soaked in beeswax, paraffin, or a mixture of the two.”

When Beethoven composed his 9th Symphony, it was an amazing accomplishment especially when considering he did so totally deaf. It has been a medical mystery as to what caused his slowly progressive hearing loss to the point of deafness, but a recent publication suggests it was due to chronic low-level lead exposure consumed from wine tainted with lead.

Noise-Related Hearing Loss Is Both Permanent and Avoidable

Everywhere you go these days people are plugged in to their smartphones. Increasingly, those people are damaging their hearing. But a little awareness can help you not be one of them.

These seven subtle changes to your ears can be a sign of a health problem that might surprise you, for example — though with something as important as your hearing, these symptoms might not seem so "subtle" at all.

Topics related to the ear and balance.

Hearing and balance are critical to how we conduct our daily lives.

Conditions of the ear...