Where in health am I? : Home / Health Cloud / Challenges / Ear Nose & Throat / Throat

My sore throats, you know, are always worse than anybody’s - Jane Austen 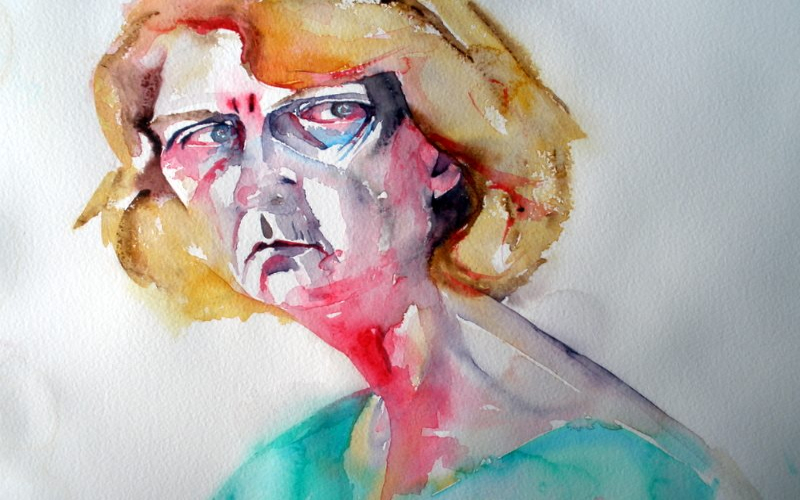 Neighbors whisper that she is pregnant, a disgrace for a young, unmarried woman. The rumors mortify her. She hates her swollen belly.

But Florence Ndimubakunzi is not pregnant. Her heart is failing. It pumps so poorly that blood backs up in her veins, bloating her liver and spleen, and filling her abdomen with fluid. She is only 18.

For millions like her in poorer parts of Africa, Asia and other regions, this devastating heart disease began insidiously. During childhood, they contracted strep throat — an infection caused by streptococcal bacteria.

In the United States and other rich countries, children with sore throats are routinely tested for strep and quickly cured with penicillin or other cheap antibiotics.

But in poor countries, strep throat often goes undiagnosed and can become a long, slow death sentence. Without treatment, it can lead to rheumatic fever and rheumatic heart disease, in which the immune system attacks the heart valves — intricate flaps of tissue that must open and shut properly 100,000 times a day for the heart to work normally.

As the valves deteriorate, the heart struggles and gradually wears out. Patients become weak, short of breath and unable to attend school or work. Many die before they reach 30. Women with the illness who become pregnant can suffer severe and sometimes fatal complications.

Earlier this year, hoping to beat the odds, Florence and her mother consulted doctors from a humanitarian group, Team Heart, that flies in from the United States and Canada once a year to perform valve-replacement surgery.

About 100 people showed up to be screened for the lifesaving operation. The team could operate on only 16.

Lying on an examining table, eyes huge in her gaunt face, Florence looked impossibly fragile, her arms thin as broomsticks, her shoulders jutting up like a skeleton’s. She had wasted away to 78 pounds; five were fluid.

Dr. Pat Come, a Harvard cardiologist, pressed a stethoscope to Florence’s chest, back and neck, and palpated her belly. A sonographer, Marilyn Riley, from Beth Israel Deaconess Hospital in Boston, ran an ultrasound probe over Florence’s chest, showing her heart valves in motion and measuring the pressure gradients across them, the blood flow through her heart and the size of its chambers.

“She has significant disease of two valves,” Dr. Come finally said. “But the operative mortality is likely too high. Medical therapy is the best option.”

A translator explained in Kinyarwanda that Florence was too sick for surgery. Florence asked if the medicines would cure her. No, but they could keep her “on an even keel,” Dr. Come said. Would her big belly go away? Florence asked. A drug, Lasix, that helps rid the body of excess fluid might help, Dr. Come said.

As Florence sat up, buttoning her dress, Ms. Riley said, “She’s so tiny I’m afraid she’ll fracture getting off the table.”

A nurse helped her down.

Outside the examining room, Florence said she’d had to stop attending school because she was too weak to get there. She was eager to go back. She hoped to be a pediatrician.

She has been ill since she was about 8. Doctors warned that only surgery could cure her. Now, they were saying it was impossible.

‘The entry point is heart failure’

Experts say programs to educate people about sore throats and strep, and to distribute penicillin widely to local clinics, could help greatly to prevent rheumatic heart disease in poor regions. But even those efforts probably would not wipe it out completely, because not everyone with strep seeks medical attention.

In 2013, the federation set a goal of decreasing deaths from the condition by 25 percent in people under 25 by 2025. The group also called for a strep vaccine.

Little is spent on studying the illness, less than $1 million globally in 2013. From 500 to 1,000 times as much research money is spent on tuberculosis, malaria and H.I.V. — which each kill three to five times as many people as strep, according to an editorial in The New England Journal of Medicine.

If rheumatic fever is detected early, long-term treatment with penicillin can prevent valve damage. But many cases are already advanced.

“Unfortunately, the entry point is heart failure,” said Dr. Joseph Mucumbitsi, a pediatric cardiologist at the King Faisal Hospital in Kigali, and a consultant to Team Heart. “We have many rheumatic heart disease patients below 17. We have some as young as 5.”

He estimated that there might be as many as 20,000 people with advanced disease who need surgery.

Though prevention would be ideal, the rapid tests widely used in the United States to diagnose strep are too expensive in Rwanda, and throat cultures are not widely available.

Some doctors advocate skipping the tests and just giving penicillin shots to all children with sore throats. Others worry that antibiotic resistance and penicillin allergies would result.

The genocide that killed a million people in Rwanda in 1994 also destroyed its health care system, and the country has had to rebuild it. H.I.V., malaria, tuberculosis and rotavirus have been major priorities — not heart disease.

Rwanda has only five cardiologists and no heart surgeons or hospitals equipped to perform heart surgery — for a population of 12 million.

Since 2008, Team Heart has been traveling to Rwanda. The group was founded by Cecilia Patton-Bolman, an intensive-care nurse, who had seen a ward full of teenagers dying from rheumatic heart disease when she visited the country in 2006, and her husband, Dr. R. Morton Bolman III, who was the chief of cardiac surgery at Brigham and Women’s Hospital in Boston. (He later moved to the University of Vermont, and recently retired.)

They come from the University of Vermont, Harvard-affiliated hospitals and other medical centers. They pay their own airfare, and Rwanda’s Ministry of Health covers some hotel rooms and meals. Most use their vacation time, and this year Team Heart asked each volunteer also to raise $500 in donations to help cover costs.

The doctors and nurses became so close to the patients that they routinely referred to them by first names in their private interactions and group deliberations, a practice reflected in the first-name references to the patients in this article...

I think I'm coming down with something. Usually that means I prepare a mug of tea, add a spoonful of honey kept solely for such occasions, and add a dash of lemon juice. This elixir, I've been told, will soothe my sore throat and coax my raspy voice back to normalcy. But does it actually work?

Yes, you can get throat gonorrhea

If you think chlamydia and gonorrhea are just for genitals, they've got you right where they want you.

Sore throat is a symptom, not a disease. In each case, there was a different cause that dictated a different treatment. The scratchy throat probably was a mechanical problem caused by dry, heated winter air and aggravated by my friend's tendency to breathe through her mouth when she sleeps. The very painful throat, on the other hand, turned out to be an infection serious enough to warrant a visit to the doctor.

We present two uncommon underlying causes of a sore throat which, if missed or delayed in diagnosis, can lead to disastrous consequences.

A specific immune deficiency may explain why some families seem so prone to this problem.

Once a year, doctors travel to Rwanda to perform lifesaving surgery on people with damaged heart valves — a disease caused by untreated strep throat.

10 Ways to Soothe a Sore Throat

A sore throat can be the first sign of a cold, a side effect of strained vocal cords, or an indication of something more serious (like strep throat). Regardless of the cause, your immediate concern when soreness strikes is how to get relief, fast.

16 Best Sore Throat Remedies to Make You Feel Better Fast, According to Doctors

Sore throat symptoms can be rough. Your saliva goes down like sandpaper, every cough makes you wince, and the only thing you can think about is making that lump in the back of your throat go away. But to ease the pain, you need to understand what’s causing your sore throat in the first place: dry air, smoking, acid reflux, viral infections like the flu or common cold, and bacterial infections like strep can all lead to a sore throat.

Problems with the mouth or throat...

Infections from viruses or bacteria are the main cause of sore throats, but allergies and sinus infections can also contribute. Some sore throats are worse than others. If you have a sore throat that lasts for more than five to ten days, you should see your doctor.

Conditions of the throat.

Have you ever suffered from a sore throat? One that lasts just one day, or that causes you ongoing pain? Sore throat pain comes in all types and severity — and there are a variety of causes which may be contributing. I see many patients who complain of throat pain. Sometimes the diagnosis and treatment is relatively simple and straight forward — for others it may be more complex.

Pain in the throat may be caused by a variety of inflammations of the larynx, pharynx, or tonsils. Throat soreness is typically associated with painful swallowing. Inflammation of the pharynx (pharyngitis) is the most common form of sore throat and is usually from virus infection.