Where in health am I? : Home / Health Cloud / Challenges / Emergencies / Disasters / Floods

If you speak, that is rain; if you speak too much, that is flood - Mehmet Murat ildan 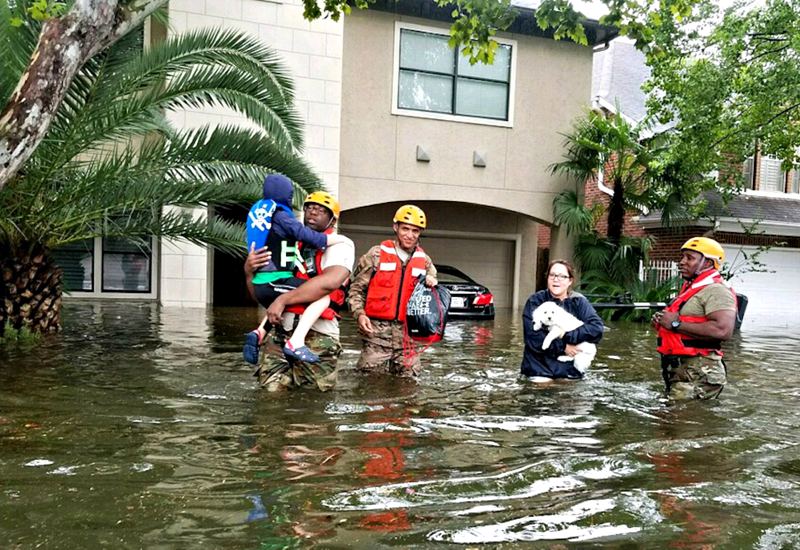 Is there anything we can learn from hurricanes, storms and floods?

People have been asking that question for thousands of years, and telling stories that try to make sense of natural disasters. These flood myths are remarkably similar to one another.

A researcher named John D. Morris collected more than 200 of them, from ancient China, India, Native American cultures and beyond. He calculates that in 88 percent of the tales there is a favored family. In 70 percent, they survive the flood in a boat. In 67 percent, the animals are also saved in the boat. In 66 percent, the flood is due to the wickedness of man, and in 57 percent the boat comes to rest on a mountain top.

The authors of these myths are trying to make sense of vast and powerful forces. They are trying to figure out what sort of world they live in. Is it a capricious world, where cities are destroyed for no reason? Or perhaps it’s a just but merciless world, where civilizations are wiped out for their iniquity?

The most famous story, of course, is the biblical story of Noah. As the story begins, the human race is living without law, and as a result is living violently and badly. But there was one righteous man, Noah. God tells Noah to build an ark because He is going to wipe out the rest of humanity with a great deluge.

What does Noah say when he hears this? Nothing. Abraham protested to God when the city of Sodom was under threat of destruction. Moses protested when God was going to harm the Israelites. But Noah is silent. He doesn’t try to save his neighbors or argue with his God.

Rabbis and scholars have often judged Noah harshly for this. “He is incurious, he does not know and does not care what happens to others,” Avivah Gottlieb Zornberg writes. “He suffers from the incapacity to speak meaningfully to God or to his fellow human beings.”

“Noah was righteous but not a leader,” Rabbi Jonathan Sacks observes. A leader takes responsibility for those around him and at least tries to save the world, even if people are too wicked to actually listen. Moral integrity demands positive action against evil. Noah, by contrast, opts to withdraw from the corrupt world, in order to remain untainted.

Noah and his family get on the ark and Noah gently cares for the animals. Then the rain stops and it is time to go out and remake the earth.

What does Noah do now? Once again, Noah is silent. He does nothing. He sits in the ark for another seven days twiddling his thumbs. He is waiting for God’s permission to disembark.

Once again, the rabbis are critical of Noah’s passivity. One doesn’t need permission to go build the world. You just do it. “If I had been there I would have smashed down [the doors of] the ark and taken myself out,” said the second-century scholar Rabbi Judah bar Ilai.

Now God gives Noah a covenant. Moral laws are handed down, and Noah is told to go off and recreate. Noah seems to flee from this responsibility. Perhaps he has survivor’s guilt. He gets drunk. His sons find him lying naked and passed out.

Noah is a good man, but his story is a lesson in the dangers of blind obedience. The God of the Hebrew Bible wants respect for authority and deference to law. But He doesn’t want passive surrender.

Rabbi Sacks writes, “One of the strangest features of biblical Hebrew is that — despite the fact that the Torah contains 613 commands — there is no word for ‘obey.’ Instead the verb the Torah uses is shema/lishmoa, ‘to listen, hear, attend, understand, internalize, respond.’ So distinctive is this word that, in effect, the King James Bible had to invent an English equivalent, the word, ‘hearken.’”

Today we live amid many floods. Some, like Harvey or Irma, are natural. Others are man-made.

People are still good at acting individually to tackle problems. Look at how many Houstonians leapt forth to care for their neighbors. But we have trouble with collective action, with building new institutions, or reviving old ones, that are big enough to deal with the biggest challenges.

That’s because we have trouble thinking about authority. Everybody seems to have an outsider mentality. Social distrust is at record highs. Many seem to swerve between cheap, antiestablishment cynicism, on the one hand, and a lemming-like partisan obedience on the other.

The answer is the “hearken” mentality that Sacks describes. This is where Abraham succeeds and Noah fails. Abraham listens deeply to God and derives everything from his identity on down from Him, but pushes out ahead of the shepherd. To hearken is to be faithful but also responsible, to defer to just authority but also to answer the call of individual conscience, to work within the system but as a courageous, creative force.

Floods are invitations to recreate the world. That only happens successfully when strong individuals are willing to yoke themselves to collective institutions.

Biblical-Type Floods Are Real, and They're Absolutely Enormous

Geologists long rejected the notion that cataclysmic flood had ever occurred—until one of them found proof of a Noah-like catastrophe in the wildly eroded river valleys of Washington State.

Floods are among Earth's most common–and most destructive–natural hazards.

The Limits Of Engineering

The problem with Houston is not growth but a form of development that for too long has resisted the constraints imposed by regional geography and hydrology. For instance, more than 100,000 homes and businesses sit within a 100-year floodplain, making them especially vulnerable to flooding after major storms.

Long after the floodwaters recede, and even during cleanup and rebuilding, the people who lived through Hurricane Harvey will face another form of recovery — from the storm’s blows to physical and mental health.

The National Flood Insurance Program aims to reduce the impact of flooding on private and public structures. It does so by providing affordable insurance to property owners and by encouraging communities to adopt and enforce floodplain management regulations.

They Thought the Monsoons Were Calm. Then Came the Deadly Floods.

Sadly, this happens every year. Deadly flooding is part of the landscape in South Asia, and over the past two decades an average of around 2,000 people have died each year, according to the International Disaster Database in Belgium.

What Climate Scientists Want You to See in the Floodwaters

We are not completely at the whims of the weather. With available tools and an eye toward the future, we can limit the amount of climate change that occurs, minimize the risks that remain and build a resilient future.

Is there anything we can learn from hurricanes, storms and floods?

The mission of ASFPM is to promote education, policies and activities that mitigate current and future losses, costs and human suffering caused by flooding, and to protect the natural and beneficial functions of floodplains - all without causing adverse impacts.

The linked information is written for hurricane preparedness but much of it will still apply to flooding preparedness activities.

This page explains what actions to take when you receive a flood watch or warning alert from the National Weather Service for your local area and what to do before, during, and after a flood.