Where in health am I? : Home / Health Cloud / Challenges / Endocrine / Testes / Epididymitis & Orchitis

The Epi-WHAT-amus? What is that? Well, for one, it’s probably the shortest 5-syllable word you’ve ever heard. And, it happens to be the name of an organ that can spell the difference between being a fertile or infertile guy - Paul Turek MD 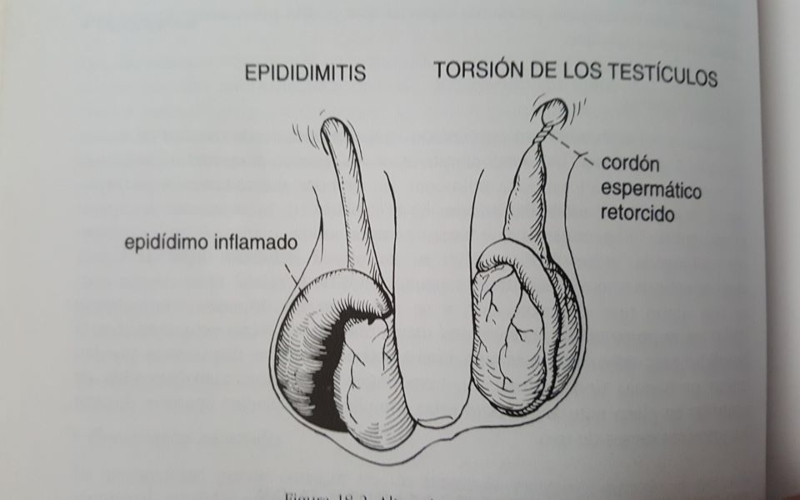 A Day in the Life of the Epididymis

The epididymis is an 18-foot long, tightly coiled, almost microscopic, sperm-filled tubule that could fit into a pen cap. It sits on top of, and wraps behind, the testicle. Sperm pass from the testicle into the epididymis and, over about 12 days, get rubbed, shined and gassed up for the big day.

At the end of this trip, sperm are ready to fly, prepared to meet an egg, anywhere, anytime. However, until ejaculation occurs, some 200 million sperm are kept in check within the epididymis just waiting to be set free...

Sounds funny, but passage of sperm through the epididymis is a lot like going through puberty. A lot of serious functionality is acquired during this time that prepares…

Any part of the male reproductive tract can hurt. One of the more common locations for pain in the Pediatric Emergency Department is the epididymis – or as I have referred to it on occasion, the “mullet of the testicle”

Why do old guys get epididymitis?

Sperm are made in the testes. The epididymis is a structure in the male testicle, sitting on top of each testis. Its job is to carry sperm from the testis through the vas deferens and ejaculatory ducts into the urethra. However, in older men with enlarged prostate glands, there is extra pressure in the bladder while voiding, because the urethra goes right through the prostate gland, which makes most of the fluid in semen. The high pressure can cause the urine to flow backward through the urethra (the tube that carries urine and semen through the penis) into the epididymis — and even into the testes themselves, where urine does not belong.

Devil In Your Balls - Epididymitis Symptoms

How does buried anatomy display it's symptoms, when engulfed in discomfort and / or pain?

Epididymitis: It's a Real Pain in the...

A Day in the Life of the Epididymis

The epididymis has been on my mind recently. The Epi-WHAT-amus? What is that? Well, for one, it’s probably the shortest 5-syllable word you’ve ever heard. And, it happens to be the name of an organ that can spell the difference between being a fertile or infertile guy.

While the condition is often a result of sexual activity, other risk factors may include prolonged sitting, bicycle or motorcycle riding, prostatic obstruction, and certain medications. Empirical antibiotic therapy should cover Chlamydia trachomatis, Neisseria gonorrhoeae, and Escherichia coli, the most common infecting pathogens.

Epididymitis and Orchitis: An Overview

It is a quiet morning in the ED. I know it’s difficult to believe. The triage nurse rolls in a young patient who is screaming in pain. “Doc, doc, my [email protected]&* are killing me!” You can’t help but start thinking about a differential diagnosis on your way to interview your new patient.

One of the great aspects of working in my ED is being surrounded by a multitude of amazing and brilliant teammates. One, Dr. Christyn Magill, recently provoked this Morsel of knowledge: just because it ends in “-itis” does not mean it needs antibiotics! Excellent point! We have covered this previously with Sinusitis, but another excellent example of this notion is Epididymitis!! Let us take a moment to review how Epididymitis in Children...

Acute epididymitis is a clinical syndrome consisting of pain, swelling, and inflammation of the epididymis that lasts <6 weeks (755). Sometimes the testis is also involved— a condition referred to as epididymo-orchitis. A high index of suspicion for spermatic cord (testicular) torsion must be maintained in men who present with a sudden onset of symptoms associated with epididymitis, as this condition is a surgical emergency.

This article summarizes the key questions, evidence, and recommendations for the diagnosis and management of epididymitis that were considered in preparation of the 2015 CDC STD treatment guidelines.

Infections that cause epididymitis usually are related to age, medical history and sexual activity.

Sometimes there is no infection of any kind. In such cases, doctors believe the epididymis becomes inflamed by reverse flow of urine into the epididymis, perhaps because of straining (as when men lift something very heavy).