Where in health am I? : Home / Health Cloud / Challenges / Endocrine / Testes / Sperm 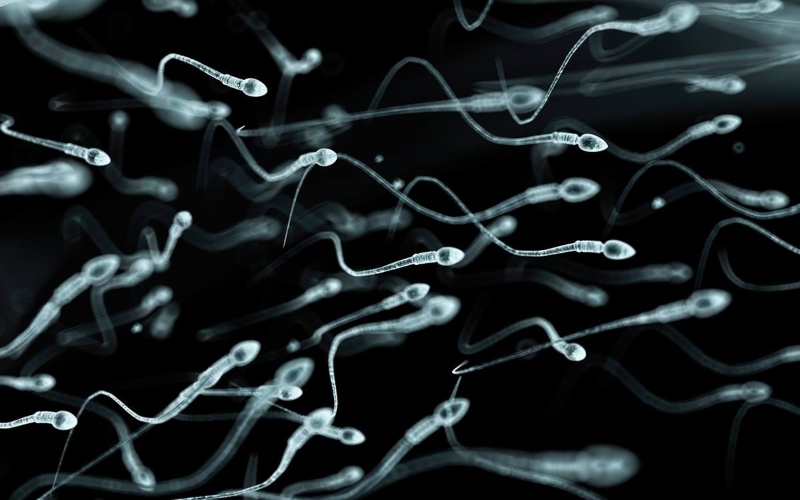 What Are Sperm Telling Us?

Something alarming is happening between our legs.

It’s not just humans. Scientists report genital anomalies in a range of species, including unusually small penises in alligators, otters and minks. In some areas, significant numbers of fish, frogs and turtles have exhibited both male and female organs.

Four years ago, a leading scholar of reproductive health, Shanna H. Swan, calculated that from 1973 to 2011, the sperm count of average men in Western countries…

A strange thing has happened to men over the past few decades: We’ve become increasingly infertile, so much so that within a generation we may lose the ability to reproduce entirely. What’s causing this mysterious drop in sperm counts—and is there any way to reverse it before it’s too late?

The rise of Big Sperm: does the tech world have the answer to our semen crisis?

Sperm counts in western men are falling, and nobody is sure why. But relax – because help is here, with everything from home-testing kits to sperm-freezing.

Most men in the US and Europe could be infertile by 2060, according to a new study

Overall, this is a very disturbing report. There has been a longstanding debate among scientists as to whether sperm counts have decreased or not. But what’s different about this study is the quality of the analysis.

Seven questions about declining sperm counts you were too afraid to ask.

The Dawning of Sperm Awareness

Men are embracing sperm health, while society is recognizing that fertility isn’t just about women.

Sperm: why these secretive swimmers are the key to the future of fertility – and contraception

Despite the huge global demand for both fertility treatment and contraception, there are surprisingly few options to boost male fertility, or for male contraception. To have more options, we really need a better understanding of how human sperm work. Unfortunately, they are incredibly difficult to study in the lab. Not only are sperm the smallest cells in the body (25 times smaller than a grain of sand), they are unique and highly specialised, designed to survive outside the body.

Men may soon be able to take their own sperm count — at home. With a smartphone. Yes, there's an app for that. You may be asking yourself, why?

Are Your Sperm in Trouble?

As a couple finishes its business, millions of sperm begin theirs: rushing toward an egg to fertilize it. But these days, scientists say, an increasing proportion of sperm — now about 90 percent in a typical young man — are misshapen, sometimes with two heads or two tails.

If you've ever seen someone with testicles get kicked in the groin, then you probably know that male genitals — often portrayed as a symbol of male strength and virility — aren't actually that tough. But can testicles — or rather, the sperm they produce — be harmed by something as seemingly innocent as a pair of briefs?

Currently, we have a disturbingly limited knowledge of which biological traits are sensitive to climate change and therefore responsible for local extinctions. However, a potential candidate is male reproduction, because a range of medical and agricultural studies in warm blooded animals have shown that male infertility happens during heat stress.

Demand for American Sperm Is Skyrocketing in Brazil

Here’s How Your Diet Affects the Health of Your Sperm

If you’re looking to hear the pitter-patter of tiny feet in the not-too-distant, you may want to consider getting some more of the following into your diet.

Men Who Work Out Have Superior Sperm

A simple change in lifestyle may be all some guys need to get their swimmers back in shape.

One Sperm Donor. 36 Children. A Mess of Lawsuits.

Parents thought Donor 9623 was a genius who spoke four languages, not a college dropout with a criminal record.

Scientists are coming to a consensus that men in America and Europe are experiencing a worsening decrease in fertility. They disagree, however, about why.

These new sperm tests could be a fertility breakthrough

The Seed test, like others now in development, will help a man understand why he's infertile even if his sperm looks normal under a microscope. But while doctors may advise those men to lose weight or stop smoking in an effort to improve their epigenetic profile, there's no treatment yet. That means, often, the test results will be most useful in driving home that the infertility is real.

Unhealthy sperm can play a role in lost pregnancies

Bringing a pregnancy to term requires a healthy sperm and egg.

What Are Sperm Telling Us?

Scientists are concerned by falling sperm counts and declining egg quality. Endocrine-disrupting chemicals may be the problem.