Where in health am I? : Home / Health Cloud / Challenges / Fibromyalgia 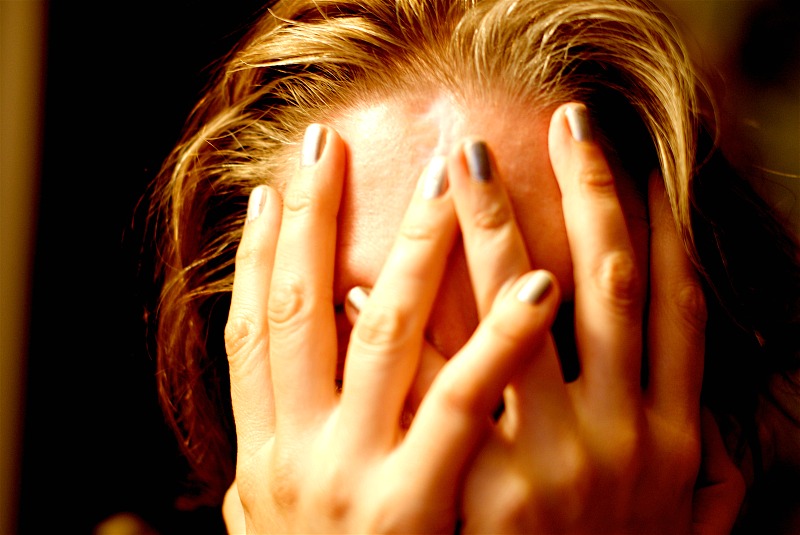 Female Pain: Living with an Illness That No One Believes In

Named after the 18 points that people suffering from fibromyalgia find painful when pressed—"two at the bottom of the neck just above the collarbone, two just below the center of each collarbone, one on the crease inside each…

A Rational Guide to Fibromyalgia

Fibromyalgia: researchers trying to fathom the causes of this painful condition

The lack of inflammation or structural abnormality in muscles or joints – aside from making diagnosis difficult – is the main reason there are no widely accepted or effective treatments.

Although her recent announcement did not explicitly mention the cause of the severe pain, last September, while promoting her Netflix film Five Foot Two during the 2017 Toronto International Film Festival, Gaga revealed her struggles with chronic pain from fibromyalgia...

With its generalized symptoms of pain, fatigue and digestive issues, fibromyalgia can often hide as something else for many years. Worse, some professionals doubt the existence of this condition, which can also cause chest pains, brain fog and depression. Here, six men and women speak about living with fibromyalgia.

Skepticism around fibromyalgia stemmed in part from an elusive organic explanation. Symptoms appeared to arise out of nowhere, which didn't make any sense to empirically minded physicians.

Exploring the Research on Homeopathic Treatment for Fibromyalgia

Fibromyalgia is a chronic ailment without a known cause and without a safe, effective conventional medical treatment. However, the three to six million Americans who suffer with fibromyalgia will be pleased to know that several studies published in leading medical journals have found outstanding results from homeopathic treatment.

Fibromyalgia - Troubling for Sufferers and for Their Doctors

Fibromyalgia has come a long way from being an “it’s all in your head” disorder to being a disease with a better defined biochemical mechanism. There's hope now more than ever.

Fibromyalgia: What it's like to live with chronic pain

Fibromyalgia is a common, little-understood condition that is seven times more likely to affect women than men.

For patients with chronic diseases masked by a healthy-looking exterior, diagnoses can be elusive, or unhelpful.

The Fibromyalgia Mimics – When Your Pain is Not Due to FM: How Stress Becomes Real Pain #3

Two of the disorders listed are endocrine, two involve structural damage to the nerves, and several are neurological. Dr. Martinez-Lavin warns that if you are due to have surgery to decompress a compressed nerve, as in carpal tunnel syndrome or back pain, make sure that you actually have a compressed nerve and are not simply in pain from Fibromyalgia.

Female Pain: Living with an Illness That No One Believes In

For women with fibromyalgia, their pain is very real—even though many doctors believe the disease isn't.

Initially, Being Fibro Mom was a way to connect with other parents/caregivers living with fibromyalgia, and share my experiences as I work through it all. I’ve shared everything from my many failures to embarrassments to successes as well as entries from My Fibro Journal. I’ve met some pretty amazing fibro parents along the way (join our closed Fibro Parenting group), and unintentionally became a voice and advocate of the fibromyalgia community along with many others. It’s been an incredible journey!

A day in the life of a mom living with fibromyalgia and lyme disease.

I made the decision to learn more about fibromyalgia. I read everything I could find including websites, books, and research studies. It was overwhelming to deal with so much information. I started this blog as a way to sift through and make sense of it all.

FibroMappTM Pain Manager+ is an award winning comprehensive 12-in-1 chronic pain management app that is helping people gain more understanding and control over their condition.

If we think of fibromyalgia, or as we should rethink fibromyalgia, we have to look at fibromyalgia as a newer problem, not necessarily as a disease, but we will call it a syndrome

"This film is an important milestone for the fibromyalgia community, and a must-see for anyone who is living with or knows someone with fibromyalgia."

Supporting MEN in this fight because it matters!

A life with a variety of passions and a few miracles, too

A blog about chronic illness and chronic pain life.

Life with a chronic illness.

If you're a sick chick in search of like-minded folks''the kind of people who are living well in spite of illness''you're in the right place!

The name "Co-Cure" stands for "Co-operate and Communicate for a Cure." The mailing list has been established with the goal of furthering co-operative efforts towards finding the cure for the illness(es) commonly referred to as Chronic Fatigue Syndrome (CFS) and Fibromyalgia (FM).

Julie Ryan was diagnosed with fibromyalgia in 2010 and endometriosis in 2012. She's lived with chronic migraine since the early 2000's (and migraine her entire life). In 2019 she was diagnosed with intercranial hypertension. Julie has a degree in Psychology, and works as a freelance writer and marketer. Freelance work allows her to work when she can and not be tied to a desk or a schedule. Julie believes in living an inspired life despite chronic illness.

This is the official support group for Dr. St. Amand's protocol, using guaifenesin to reverse Fibromyalgia.

Fibro 360, brought to you by Fibromyalgia & Fatigue Centers (FFC), is a community of hope & understanding for people affected by fibromyalgia & chronic fatigue.

Your source for information and education about chronic widespread pain.

Fighting for freedom from fibromyalgia.

FCI''s mission is to give hope to everyone suffering with Fibromyalgia and Chronic Fatigue Syndrome through extensive research and reporting of natural, proven and effective therapies that focus on the root causes.

Our mission is simple: we aim to educate and assist patients with ad-free, patient-focused information that they can put to use today. We strive to make each issue of the Fibromyalgia Network Journal as accurate as possible, basing articles on published scientific findings, with many of them reviewed and edited by the experts for accuracy.

Are you thinking, "What's so different about this website?" Why Stop Here? If you wish to lower your dependence on prescription and over-the-counter drugs, through natural means (with your doctor's approval), FibromyalgiaHope.com has specific stategies for your particular situation.

Allow yourself to share your experience with this invisible illness and help yourself and others too. Share your tools, how you deal with everyday life, and gain access to information on Chronic Fatigue and Immune Dysfunction Syndrome and Fibromyalgia (CFIDS/FMS). My mission is to empower patients to take control of their health by providing my own story and experience with treatment information, quality health products, community, and advocacy.

Please understand that everyone is different in their journey with fibromyalgia and/or chronic illness. This is my journey, my stories, my vulnerability to share with you in order to help in some way.

invisible illness… visible me. living with fibromyalgia, depression and ADD.

Find out how to get involved with improving quality of life for yourself and others.

The National Fibromyalgia Association is a 501(c) 3 nonprofit organization whose mission is to develop and execute programs dedicated to improving the quality of life for people with fibromyalgia.

People with fibromyalgia no longer have to be alone! The National Fibromyalgia Partnership offers current, medically-accurate information on the symptoms, diagnosis, treatment, and research of fibromyalgia.

Hi there! I am a health writer, health advocate and all-around health nerd. Six years ago I was diagnosed with a chronic pain condition. On my health journey, I've learned the power of self-care skills to improve my health and well-being. As an ePatient Blogger I am excited to educate and inspire others to be skillfully well,

The Solve ME/CFS Initiative (SMCI) has been the leading organization focused on myalgic encephalomyelitis (ME), commonly referred to as chronic fatigue syndrome (CFS), since being founded in 1987.

Fibromyalgia is a chronic syndrome marked by muscle, joint, and bone pain, plus fatigue. Join the fibromyalgia support group and chat with others battling fibromyalgia.

Looking for an organization, support group, chat room, information site, book, or research on your illness? Browse our directory for links to the web's best resources.

A community of patients, family members and friends dedicated to dealing with Fibromyalgia, together.

Fibromyalgia makes you feel tired and causes muscle pain and "tender points." Tender points are places on the neck, shoulders, back, hips, arms or legs that hurt when touched. People with fibromyalgia may have other symptoms, such as trouble sleeping, morning stiffness, headaches, and problems with thinking and memory, sometimes called "fibro fog."