Where in health am I? : Home / Health Cloud / Challenges / Gastrointestinal / Irritable Bowel Syndrome

If you’ve ever had butterflies in your stomach or an attack of nerves that sent you racing for the bathroom, you already know that the intestinal tract has a mind of its own. The millions who suffer from irritable bowel syndrome, or I.B.S., perhaps know it best - Jane E. Brody 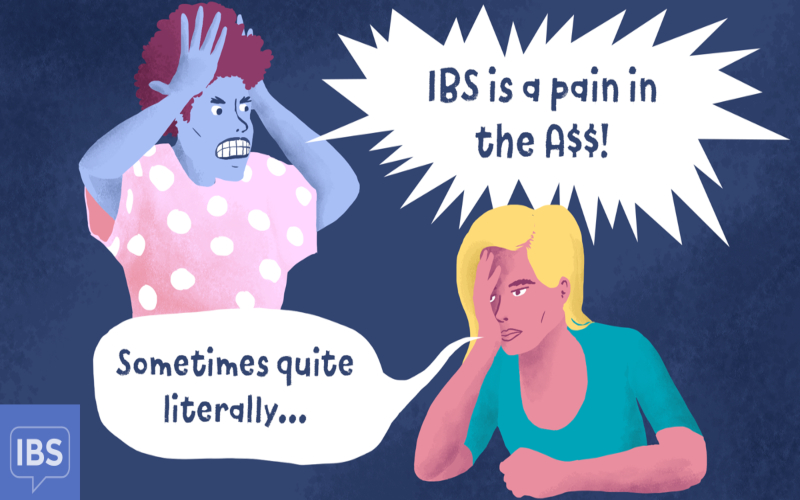 Jamie Lee Curtis seems comfortable talking about her bowel habits, but most of us keep these matters to ourselves. If toilets could talk, they'd say that 10-15 percent of the population struggles with recurrent episodes of abdominal pain, bloating and cramping, combined with bowel habits that bounce around between constipation and diarrhea. This collection of symptoms is called irritable bowel syndrome, and though it won't kill you, it has the potential to send your life literally and figuratively into the toilet.

There's a fictitious but undeniable hierarchy among the seven human organ systems, and the gastrointestinal ("GI") system seems to occupy the bottom rung. As the name suggests,…

Solving the Mystery of I.B.S.

Experts are starting to untangle the biological underpinnings of this common yet perplexing disorder. What they’re finding could offer clues on how to treat it.

The disorder is as mysterious as it is smelly.

The more abnormalities in intestinal and brain function that IBS sufferers have, the more severe their symptoms of this functional bowel disorder, and the more adversely their everyday life is affected. This is shown by a study indicating that patients with IBS should get treatments for different abnormalities simultaneously, to improve both bowel function and signaling from the brain to the gut.

Explainer: what is irritable bowel syndrome and what can I do about it?

Many people use the term irritable bowel syndrome to describe general symptoms of gut and bowel dysfunction. But diagnosis requires meeting strict, diagnostic criteria. Known as the ROME criteria, these require a person to be experiencing abdominal pain, on average, at least one day per week. The pain must be associated with two or more of the following...

For some with IBS, the “three F” strategy (fiber, fluids, and fitness) works, but only if you remember the fluids! Without them, dehydration leads to poor digestion — bloating, cramping, constipation and diarrhea can result, even at bedtime.

First image of an irritable bowel

Just a few years ago many in the medical profession thought that the common intestinal malady irritable bowel syndrome (IBS) was psychological – with its origins in the head, not the gut. But Norwegian medical researchers have shown that the intestines of IBS patients do react to food in a special way.

How to Cure Irritable Bowel Syndrome in a Few Days

Through the science of functional medicine, a new way of thinking about how to solve this (and every other!) complex health problem, you can fix this problem quickly by simple changes in diet and a few other simple strategies.

Before making a self-diagnosis of IBS, particularly if you have "alarm symptoms" of blood in the stool or anemia, unexplained weight loss or significant abdominal pain, consider getting some expert help to be sure you are on the right track.

Irritable Bowel Syndrome (IBS): Everything You Need To Know Including How To Spot The Symptoms

IBS accounts for around 40% of all referrals to gastroenterologists. Abdominal pain is the most common symptom as well as change in frequency of bowel movements, alternating from constipation to diarrhoea. Flatulence and in particular bloating are also common symptoms.

If you’ve ever had butterflies in your stomach or an attack of nerves that sent you racing for the bathroom, you already know that the intestinal tract has a mind of its own. The millions who suffer from irritable bowel syndrome, or I.B.S., perhaps know it best.

Let's start with the bad news: irritable bowel syndrome is poorly understood and has no known cure. Though debilitating, it is not fatal, it does not progress to something more serious and it does not increase the risk of developing colon cancer or other bowel diseases.

Although everyone is stressed out to some degree, and everyone has occasions where they feel their negative emotions in their gut, those with irritable bowel syndrome (IBS) seem to have an enhanced sensitivity to the feedback that the gut sends to the brain.

IrritableBowelSyndrome.net is a community for people affected by IBS. Learn, share, and connect with peers and healthcare professionals.

If you suffer from irritable bowel syndrome (IBS), or care about someone who does, this site is for you. My name is Sophie Lee and I have had IBS for over 20 years. I am a reluctant expert on this painful, misunderstood disorder and I started IBS Tales in 2003.

This site is designed to provide thorough, up-to-date information on hypnosis treatment as an option for individuals with irritable bowel syndrome.

The International Foundation for Functional Gastrointestinal Disorders (IFFGD) is a Public Charity designated under the U.S. IRS code 501(c)(3). We are a nonprofit education and research organization dedicated to informing, assisting, and supporting people affected by gastrointestinal (GI) disorders.

"The Irritable Bowel Syndrome Self Help and Support Group is a patient led and patient governed organization dedicated to helping everyone who suffers from IBS and other digestive health disorders, through patient communication, support, symptoms, causes, treatment, accurate information and education."

For anyone fighting the painful and uncomfortable symptoms of IBS, certain mealtime guidelines can help. Learn which foods are best for digestive health, get helpful irritable bowel syndrome diet and treatment tips.

In this highly anticipated book, Dr Greg Plotnikoff and Dr Mark Weisberg show how to listen to your gut and to interpret symptoms as important messages that can help correct imbalances.

The cause of IBS is unknown, and unlikely there are many causes; as a result, there is no one treatment for everyone. Doctors call it a functional disorder disease because the symptoms result from an oversensitivity of the muscles and nerves and intestine affecting the way in which they function.

It has been suggested that IBS is caused by dietary allergies or food sensitivities, but this has never been proven. Symptoms of irritable bowel syndrome may worsen during periods of stress or menses, but these factors are unlikely to be the cause that leads to the development of IBS.

Irritable bowel syndrome (IBS) is a functional gastrointestinal (GI) disorder, meaning symptoms are caused by changes in how the GI tract works. People with a functional GI disorder have frequent symptoms; however, the GI tract does not become damaged. •IBS is a group of symptoms that occur together, not a disease. •Studies estimate IBS affects 3 to 20 percent of the adult population.

Some people have occasional mild symptoms. Others have unpleasant symptoms for long periods. Many people fall somewhere in between, with flare-ups of symptoms from time to time.

Project CBD provides educational resources for physicians, patients, and the general public. We respond to inquiries from all over the world. Almost everyone wants to know where to get CBD and how to use it for maximum benefit.

IBS is the most commonly diagnosed gastrointestinal condition and is second only to the common cold as a cause of absence from work. An estimated 10 to 20 percent of people in the general population experience symptoms of IBS, although only about 15 percent of affected people actually seek medical help.