Where in health am I? : Home / Health Cloud / Challenges / Gastrointestinal / Gallbladder / Cholelithiasis

O the tragic fall of the gall bladder! Only a few centuries ago, responsible for pumping one of the four essential humours around the body. Now whipped out in a short session of keyhole surgery - Mark Ravenhill 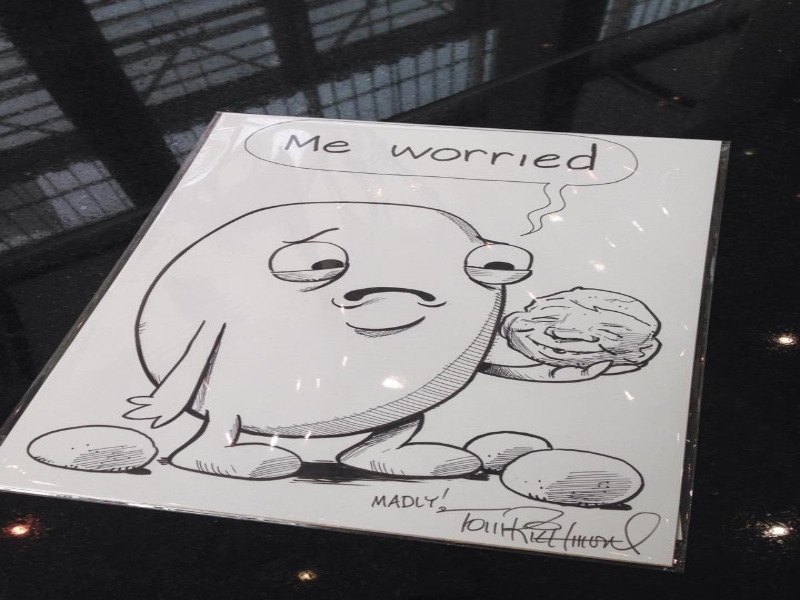 Rocks in a Bag: what I know about gallbladders

Finally I'm getting around to writing about the gallbladder. Don't know what took me so long, seeing as how, next to hernias it's the thing upon which I operated most (if you don't count breast biopsies). And I liked it. When a person came to see me with a clear-cut gallbladder problem -- which was the case at least 90% of the time -- I could be quite confident that I was going to make him or her happy and, most likely, have a little fun while doing it.

But there's the rub: it's not always a Tenantoid "slam dunk," nor is it always fun. A mysterious little bugger is that bag of bile: perhaps more than any other organ it's able to elude or confound diagnosis despite such apparent simplicity.…

Got gallstones? Here’s what to eat and avoid

When my friend had her gall bladder out, the doctor said she was a “4F textbook case” because she had a family history and was female, fat and forty-plus. You can’t change your genes, but there are some food and lifestyle factors you can target to lower your risk. Eat healthily, increase your fibre intake, eat more fruit and vegetables high in vitamin C and drink coffee. Avoid weight gain and if you do try to lose weight, do it slowly.

Fair, female and 40 — that's why Julie had gallstones, but her doctor insisted it was just anxiety ... and gave her depression pills

For four years I had been having a tight, full feeling on my right-hand side that would occasionally stop me taking a full breath. I had been told it was everything from too much desk work to asthma. I was referred for physiotherapy to loosen the muscles around my diaphragm that might be making me breathless, and was prescribed an inhaler.

Scientists Just Solved a Mystery of How Gallstones Form

For decades, doctors have known they appear when excess cholesterol and calcium salts accumulate in the bile — a yellowish-brown liquid that helps the small intestine break down lipids. What holds the particles together to form the stones had remained a mystery, however. In a study published on Wednesday in the journal Immunity, researchers shed light on the mystery glue. They report white blood cells called neutrophils are behind the rocky formations. The discovery hints at potential new treatments for the disease.

The Unusual Tale of the Roaming Gallstones

It’s not an uncommon event — estimates are that stones are spilled in up to 30 percent of all lap choles (as the surgery is called for short). Yoon could see in the first CT scan that gallstones were left behind during her surgery.

When your child's tummy ache is a sign they've got gallstones

Gallstones are linked to diet and being overweight. In children the rise in gallstones is linked to the rise in obesity, suggests Katy Khoo, a paediatric surgical registrar at King's College Hospital. Indeed, U.S. research suggests that obese children are up to eight times more likely to develop gallstones.

Not all stones are worth keeping. Especially if they’re gallstones. When you hear the word “gallstone,” you probably think it is a problem only senior citizens deal with. But gallstones can afflict anyone regardless of age. And no matter who you are, a gallstone attack is painful.

Over the years, particularly after the dawn of that series of tubes called the Internet, patients have asked me about "gallbladder flush" as a method of eliminating gallstones. What you don't get -- and trust me, I've seen the proof in pre- and post-glugging ultrasounds -- is change one in the number and nature of stones in your gallbladder.

Trust your gut. I know, the last thing you want to trust during a gallbladder attack is your mean, nasty, evil, tormented gut. But you have to trust the signals it's sending you in order to avoid ANOTHER attack in the future.

Galled by the Gallbladder?

While the gallbladder may not be the star of the digestive system, it still plays an important role. Treat it well by maintaining a healthy diet and getting regular exercise, and the little bag of bile should do its job.

Gallstone disease is often thought to be a major affliction in modern society. However, gallstones must have been known to humans for many years, since they have been found in the gallbladders of Egyptian mummies dating back to 1000 BC

It shouldn't have happened to me

I don't want that. I like ice cream. I am among the 0.05% of British people to have suffered from cholecystitis - gallbladder inflammation - and it is time to deal with it. With any luck a gall bladder is rather like a favourite childhood toy: you may feel attached to it, but you don't miss it when it is gone.

Me and my 'useless' gall bladder

After an operation to remove his gall bladder, playwright Mark Ravenhill discovered it was a "useless" organ. So how much more of the body could we live without?

Children are increasingly suffering from gallstones, traditionally thought of as a problem confined to adults, because they are becoming so overweight, a study has found.

Researchers from Rigshospitalet, Copenhagen University Hospital in Denmark found that gallstone disease -- which is when people develop pebble-like gallstones in their gallbladders -- is more likely to affect older women who are not very physically active, as well as those who drink less alcohol and take hormone replacement therapy.

Reducing the risk of gallstones

A healthy diet and lifestyle is key to avoiding most health problems. But with gallstones, thought to affect as many as one in six people, with famous sufferers including the likes of Eric Clapton and the Dalai Lama, it’s not quite that simple.

Biliary colic and complications from gallstones

Gallstones are common among the general population, but because they rarely cause symptoms many people are unaware of their presence. Over a ten-year period, approximately one-third of people with gallstones will develop the painful symptoms of biliary colic. This can be a precursor to more serious conditions, such as acute cholecystitis and pancreatitis that require acute advanced endoscopic or surgical assessment. The presence of upper abdominal pain, despite normal physical examination and blood test results, is consistent with uncomplicated biliary colic. An ultrasound should be arranged for all patients with features suggestive of biliary colic to confirm a diagnosis. Patients with biliary colic are generally managed in the community with non-steroidal anti-inflammatory drugs (NSAIDs) and lifestyle advice while awaiting assessment for laproscopic cholecystectomy.

Gallstones: Watch and Wait, or Intervene?

The prevalence of gallstones is approximately 10% to 15% of the adult US population. Most cases are asymptomatic, as gallstones are usually discovered incidentally during routine imaging for other abdominal conditions, and only about 20% of patients with asymptomatic gallstones develop clinically significant complications.

Gallstones: Watch and Wait, or Intervene?

The prevalence of gallstones is approximately 10% to 15% of the adult US population. Most cases are asymptomatic, as gallstones are usually discovered incidentally during routine imaging for other abdominal conditions, and only about 20% of patients with asymptomatic gallstones develop clinically significant complications.

What The Heck Are Gallstones?

But uh, other than sounding like actual hell on earth (stones? in my gallbladder?) what exactly are gallstones, how are they treated, and, probably most importantly, how can you avoid them at all costs?

Gallstones top to toe: what the radiologist needs to know

The incidence of gallstone-related disease in the Western world is on the increase. There are multiple different pathological manifestations of gallstone disease: the presentation, diagnosis and associated complications of which vary significantly depending on anatomical location.

It shouldn't have happened to me

Typically, elderly, overweight women get gallstones. So why did Will Hodgkinson, 35 and male, end up under the knife?

Why Are Pregnant Women More Likely to Get Gallstones?

There is a clear correlation between gallstones and pregnancy. If you are a woman, you are 2 – 3 times more likely to have gallstones than men. In addition, if you are pregnant, you increase that risk even more due to the elevation of estrogen that occurs during pregnancy. Higher levels of estrogen causes a rise in cholesterol which leads to the development of gallstones.

I Lived in Hell for 5 Years Due to a Misdiagnosis

But when I walked into the room, my usual doctor was nowhere to be seen and a new doctor was in his place. This physician was bright and cheerful, sympathetic and vibrant. I immediately felt that we were already making more progress. After doing a few checks and reviewing my history, he agreed that there was more going on than just indigestion. He sent me for blood work and an ultrasound, which may have been my saving grace. I had gallstones. A lot of gallstones. They were blocking my bile duct, causing the pain and vomiting.

Rocks in a Bag: what I know about gallbladders

Finally I'm getting around to writing about the gallbladder. Don't know what took me so long, seeing as how, next to hernias it's the thing upon which I operated most (if you don't count breast biopsies). And I liked it.

Now that I have Gallbladder Disease, how did I get it in the first place? A thorough understanding of this is what will help you to manage your gallbladder problem.

A Journey Through Gallbladder Disease.

Occasionally, gallstones can cause prolonged discomfort and cramps as the stones wind down the bile duct, creating a blockage and increasing the pressure in the gallbladder. These sudden occurrences are known as gallbladder "attacks" and they often happen during the night or after a fatty meal, according to NIDDKD.

Gallstones are often found during imaging tests for other health conditions. If you do not have symptoms, you usually do not need treatment. The most common treatment is removal of the gallbladder. Fortunately, you can live without a gallbladder. Bile has other ways to reach your small intestine.

Gallstones are small stones, usually made of cholesterol, that form in the gallbladder. In most cases they do not cause any symptoms and do not need to be treated. However, if a gallstone becomes trapped in a duct (opening) inside the gallbladder it can trigger a sudden intense abdominal pain that usually lasts between one and five hours. This type of abdominal pain is known as biliary colic.

You're at greatest risk for gallstones if you're female, overweight, and over 50. Other risk factors include a family history of gallstones, recent rapid weight loss and, among women, pregnancy, using birth control pills, or hormone replacement therapy after menopause.