Where in health am I? : Home / Health Cloud / Challenges / Gastrointestinal / Stomach 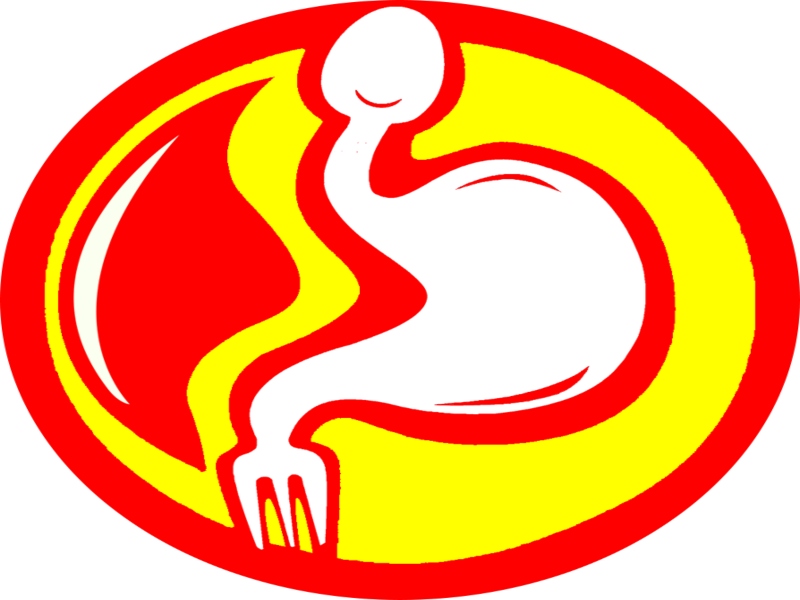 A scientist explores the mysteries of the gut-brain connection

If you were asked where the human body’s nervous system is located, you’d probably answer “the brain” or “the spinal cord.” But besides the central nervous system, which consists of those two organs, our bodies also contain the enteric nervous system, a two-layer lining with more than 100 million nerve cells that spans our guts from the esophagus to the rectum. The enteric nervous system has been called “the second brain,” and it’s in constant contact with the one in our skull. That’s why just thinking about food can lead your stomach to start secreting enzymes, or why giving a speech can lead to your feeling queasy.

Dyspepsia in the ED

For acute management of dyspepsia in the emergency department, antacids alone may provide the fastest relief, but it is short-lived. The addition of lidocaine (“the GI cocktail”) does not provide an additional clinical benefit and has risks of harm.

Pink Lady: What’s your worth?

The “pink lady” or “GI cocktail”, a combination of an antacid and viscous lidocaine, is both much loved and much hated in emergency medicine. Some practitioners use it as a matter of routine.

How Your Emotions Are Messing with Your Gut

You're not imagining things—that breakup heartbreak and those presentation jitters really do mess with your stomach.

Here’s the Best Way to Cure an Upset Stomach

A stomach ache can strike for all kinds of reasons, from contaminated food to chronic disease. It passes, sure, but the pain, headache, diarrhea, vomiting and other classic symptoms of stomach flu ensure a crummy couple of days.

The second brain in our stomachs

Our own stomachs may be something of a dark mystery to most of us, but new research is revealing the surprising ways in which our guts exert control over our mood and appetite.

A brain in the head, and one in the gut

Two brains are better than one. At least that is the rationale for the close - sometimes too close - relationship between the human body's two brains, the one at the top of the spinal cord and the hidden but powerful brain in the gut known as the enteric nervous system.

A Gut Check for Many Ailments

Better understanding the communication between the gut and the brain could help reveal the causes of and treatments for a range of ailments, and provide diagnostic clues for doctors.

Digestion under a microscope.

But is that actually the best thing to drink when you’re queasy? Take two minutes and find out.

Abdominal bloating is not just uncomfortable, it wrecks that swimsuit look. It is often a sign of Irritable Bowel Syndrome (IBS) - the most common condition seen by UK gastroenterologists. As many as one in five adults in this country, mainly women, will have this possibly painful problem at any time. If you are bloated...

There is a superhighway between the brain and GI system that holds great sway over humans.

Guts: The Strange and Mysterious World of the Human Stomach

Michael lays bare the mysteries of the digestive system - and reveals a complexity and intelligence in the human gut that science is only just beginning to uncover.

Her Stomach Hurt Unbearably. Her Doctors Were Baffled.

The pain started in the dark hours of the morning, she told the doctor in the emergency room: a twisting cramp in her lower abdomen, as if she had to move her bowels. She went to the bathroom, which seemed to help. But when she woke up, the pain was still there.

How your belly could heal your brain

A century ago, a few isolated studies found a link between diet and mental health. Now, it’s emerging that the bacteria inside us could be a crucial link between the food we eat and how we feel.

A meeting between Bill Gates and Boston researchers four years ago has led to the development of a multi-dose capsule that, researchers said, could solve one of medicine’s more vexing problems: delivering oral drugs over an extended period of time with one dose.

Popular Heartburn Pills Can Be Hard To Stop, And May Be Risky

Lafayette discovered she was suffering from a magnesium deficiency, a side effect of the drug. She also learned that PPIs can cause not just deficiencies of nutrients but other side effects, such as an increased risk for infections.

Stomach and mood disorders: how your gut may be playing with your mind

If you’ve eaten a fabulous meal recently, the experience was pleasant, comfortable and pain-free because your stomach and intestinal system worked seamlessly to move the food along and eventually absorb it. Our gastrointestinal tract, or gut, is sometimes described as our “second brain”. This is because it is controlled by its own complex nervous system comprising hundreds of millions of neurons – more than all the nerves in your spinal cord. The gut and brain talk to each other through nerve signals, the release of gut or stress hormones, and other pathways. We have long known that emotions can directly alter gut function.

The Connection Between Ayahuasca, Your Stomach, and Your Mind

Could changing your gut bacteria alleviate depression and anxiety?

The microbiome: How gut bacteria regulate our health

Research has shown that having a diverse microbiome – particularly your gut bacteria – has benefits not only for your digestive health, but many other organ systems, and even your brain. That has led to the idea that treatments targeting the microbiome may be able to improve our mental health.

The post-pregnancy belly problem that nobody tells women about

There’s surprisingly little research on diastasis recti, which affects at least 60 percent of postpartum women. As with many other postpartum complications that affect women, there is little good research on the condition. Women aren’t routinely screened for DR at the one standard postpartum visit that occurs around six weeks after birth. And if they do get a diagnosis, they are often told that core work — for instance, tons of crunches — will tone the tummy and thus, close the gap. But core work done improperly or alone won’t necessarily fix the problem. In fact, it can even make things worse.

The science of ‘butterflies in your stomach’

Butterflies in your stomach before a big presentation is a familiar experience, but surprisingly, scientists don’t yet know exactly how this happens. The gut-brain axis – the brain’s influence on the gastrointestinal tract and the other way around – is now a subject of keen scientific interest.

The Stress of My Job Destroyed My Stomach

It took me two months to fix it.

The surprising foods that are messing with your gut

We're finally starting to understand which foods are causing tummy troubles for so many, and the culprits challenge everything we thought we knew about healthy eating

Can you figure out what is wrong with a 43-year-old woman who suddenly develops abdominal pain so powerful that it wakes her up from sleep?

The emerging and surprising view of how the enteric nervous system in our bellies goes far beyond just processing the food we eat.

Some researchers believe that the microbiome may play a role in regulating how people think and feel.

Your Heart and Stomach May Be Smarter Than You Think

We tend to think of our internal organs as specialists, highly refined machines that work 24/7 at specific tasks. The one exception is the brain: the ultimate supercomputer that can make a multitude of decisions and manage our behavior with incredible speed and efficiency. Now research shows that the brain doesn’t have a monopoly on intelligence. The heart and stomach, for example, are fully equipped to do some thinking of their own. And sometimes they’re giving the brain orders instead of taking them.

Your Stomach Really Does Have a Mind of Its Own

The "gut brain," formally known as the enteric nervous system, is made up of some 500 million nerve cells, as many as there are in a cat's brain. They help to control muscular contractions in the gut as well as the secretions of glands and cells. And they help balance hunger and satiety, or the sense of being full, communicating those states to the big brain.

A scientist explores the mysteries of the gut-brain connection

The brain in your head and the one in your gut are always exchanging info. But how do they do it? Neuroscientist Diego Bohórquez is trying to find out the answers.

12 Things Your Stomach Is Trying to Tell You

It's round, bloated, painful—and maybe comes with a side of diarrhea. Here's how to uncover the problem and find the solution that will keep your gut happy.

All of us get a little gassy or stopped up from time to time or feel the burn after a giant Mexican dinner. But there’s a point when these symptoms aren't normal and could even be a sign of something more serious.

People often refer to the entire abdominal region as “the stomach.” Actually, your stomach is an organ located in the upper left part of your abdomen. It’s the first intra-abdominal part of your digestive tract...

The stomach is the widest part of the digestive system. It not only digests food, it also stores it. According to the BBC, the stomach can hold a bit more than a quart (1 liter) of food at once.

Most people have a problem with their stomach at one time or another. Indigestion and heartburn are common problems. You can relieve some stomach problems with over-the-counter medicines and lifestyle changes, such as avoiding fatty foods or eating more slowly. Other problems like peptic ulcers or GERD require medical attention.