Where in health am I? : Home / Health Cloud / Challenges / Gastrointestinal / Stomach / GERD 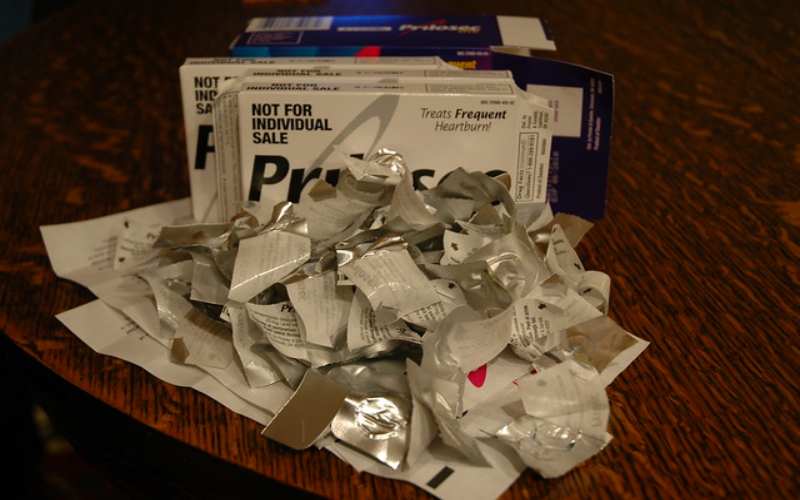 When Common Acid Indigestion Takes You Beyond the Pink

Most people often dismiss heartburn as common and trivial, an ailment to be treated with a grimace and a glug of thick, chalky pink liquid. But, while acid reflux is very common, it is far from insignificant. If you're chugging a pink drink or chewing up antacid tablets twice a week or more, pay attention.

You could be showing signs of gastroesophageal reflux disease, or GERD. This chronic digestive disease occurs when stomach acid or bile flows back into the esophagus -- the food pipe - and irritates the lining, causing inflammation.

Pop a Pill for Heartburn? Try Diet and Exercise Instead

Acid reflux is a serious disorder that can and must be treated to prevent symptoms and stave off potentially life-threatening consequences. Known medically and commercially as GERD, the acronym for gastroesophageal reflux disease, repeated bathing of the soft tissues of the esophagus with corrosive stomach acid can seriously damage them and even cause esophageal cancer, which is often fatal.

When I was diagnosed with acid reflux, I was immediately put on proton pump inhibitors (PPIs), given a list of foods I “should” avoid, and sent on my way.

My Exercise-Induced Acid Reflux Almost Made Me Stop Running

So what are you supposed to do when the one activity that helps you deal with stress is suddenly causing it? You make the mildly annoying, but very necessary, changes to your routine.

The Dangers of Taking PPIs for Acid Reflux

There might be serious consequences to taking these drugs long-term.

What happens if you eat too many Tums?

If three work, the entire box will probably work even better, right?

Why Did the Young Woman’s Heartburn Keep Getting Worse?

EGE is thought to be an unusual type of allergic reaction to foods. Food exposure triggers the recruitment of eosinophils to the gut, but once they have a toehold, repeated exposure isn’t necessary to keep them there. The disorder was first described in a series of patients in the United States in 1993 but since then has been found to occur throughout the developed world. Because it’s a relatively new disease, and because our understanding of allergy is still emerging, it’s not well understood.

Acid Reflux: The Truth Behind Heartburn

TV commercials about heartburn are not telling you the whole truth. Displaying a bottle of acid-lowering medicine surrounded by bottles of hot sauce and chicken wings only encourages you to indulge in tempting food, then take a pill to solve the problem. Although certain drugs can be effective in relieving unpleasant symptoms of acid reflux, they don't really deal with the underlying issue.

Be Still, My Heartburn

The most common torture of my domestic life used to be waking in the night to find that my bedside stash of Tums was tapped out. Finally, after a gantlet of holiday parties a few years ago, I saw a doctor, and he tuned me in to the powers of prevention.

One of the biggest misconceptions I encounter from patients about acid reflux is that it results from having too much stomach acid. This is what we’re told by the companies who want to sell us medications that block the production of acid by the stomach. Most people who take an acid blocking drug do get relief, so the logic seems reasonable. However, in most situations, nothing could be further from the truth.

Concerns About Acid-Blockers Are Being Raised

The New York Times recently reported on the "Host of Ills" associated with the long-term use of Proton Pump Inhibitors. More than 50 million Americans experience heartburn frequently (two or more days per week), and Proton Pump Inhibitors (PPIs) such as Prilosec, Prevacid and Nexium are often prescribed as a first line of treatment.

New research suggests that in many people, heartburn may be caused by something other than acid reflux. But gastroenterologists are often stumped as to what it is and how to treat it.

Explainer: what is gastric reflux?

There are various types of gastro-oesophageal disease, as reflux is clinically known, which vary in the degree of damage to the inner lining of the oesophagus and the level of pain experienced.

If you experience heartburn two or more times a week, you probably have GERD. Classic symptoms include: sour taste in the mouth; burning in the throat; stomach acid rising; chest pain; and burping.

The Hidden Dangers of Heartburn

Few health problems are as ubiquitous as heartburn. An estimated 100 million Americans suffer from it every month; about 15 million battle it at least once a day. In fact, heartburn is so common that most people don't worry about it. But they should.

Changes in diet and lifestyle can help reduce or eliminate symptoms of GERD and also lower your risk of developing the disease in the first place.

When Common Acid Indigestion Takes You Beyond the Pink

Most people often dismiss heartburn as common and trivial, an ailment to be treated with a grimace and a glug of thick, chalky pink liquid. But, while acid reflux is very common, it is far from insignificant.

So if drugs are not the answer, what is? We need to find the real causes of reflux and heartburn, get rid of them, and use the right foods, nutrients, and lifestyle therapies to heal the problem.

5 Diet and Lifestyle Measures to Ward Off Heartburn

If you already have acid reflux, there’s much you can do to minimize symptoms and perhaps avoid them entirely. Instead of consuming large meals, eat smaller ones more often.

While diet does not cause gastroesophageal reflux disease (GERD), reflux and its most frequent complaint of heartburn can be aggravated by foods. Certain medications can aggravate symptoms. Disclose the use of any medications to your physician.

Thousands have found a solution to their acid reflux. It’s your turn. Find a physician that specializes in the TIF® procedure for reflux.

The Transoral Incisionless Fundoplication (TIF) is a surgical procedure performed through the mouth and without incisions; it employs the EsophyX device to create an esophagogastric fundoplication that is up to 270° and 3cm in length. TIF fills the treatment gap between medical therapy and more invasive surgical fundoplication. Because TIF is performed entirely through the patient’s mouth (transorally), there are no abdominal incisions and subsequently, no scars from the procedure.

RefluxMD is a one-stop resource for help with gastroesophageal reflux disease, or GERD. Our goal is to empower people with reflux disease to take control of their health, to make informed choices about their treatment, and to find solutions that work for them.

Persistent heartburn two or more days a week, despite treatment and diet changes, could be gastroesophageal reflux disease (GERD), also known as acid reflux disease (ARD). Prescription DEXILANT capsules are used in adults for 4 weeks to treat heartburn related to GERD, for up to 8 weeks to heal acid-related damage to the lining of the esophagus (called erosive esophagitis or EE), and for up to 6 months to continue healing of EE and relief of heartburn.

During gastroesophageal reflux, the contents of the stomach and upper digestive tract may reflux all the way up the esophagus, beyond the upper esophageal sphincter (a ring of muscle at the top of the esophagus), and into the back of the throat and possibly the back of the nasal airway. This is known as laryngopharyngeal reflux (LPR), which can affect anyone.

When left untreated, GERD can lead to serious complications including stricture, Barrett's esophagus and esophageal cancer. The LINX® Reflux Management System is designed to keep the weak esophageal sphincter closed to prevent reflux.

Great resource for heartburn including ways to control this vexing problem.

For infrequent heartburn, the most common symptom of GERD, life-style changes and an occasional antacid may be all that is necessary. If heartburn is frequent, daily non-prescription-strength (over-the-counter) H2 antagonists may be adequate. A foam barrier also can be used with the antacid or H2 antagonist.